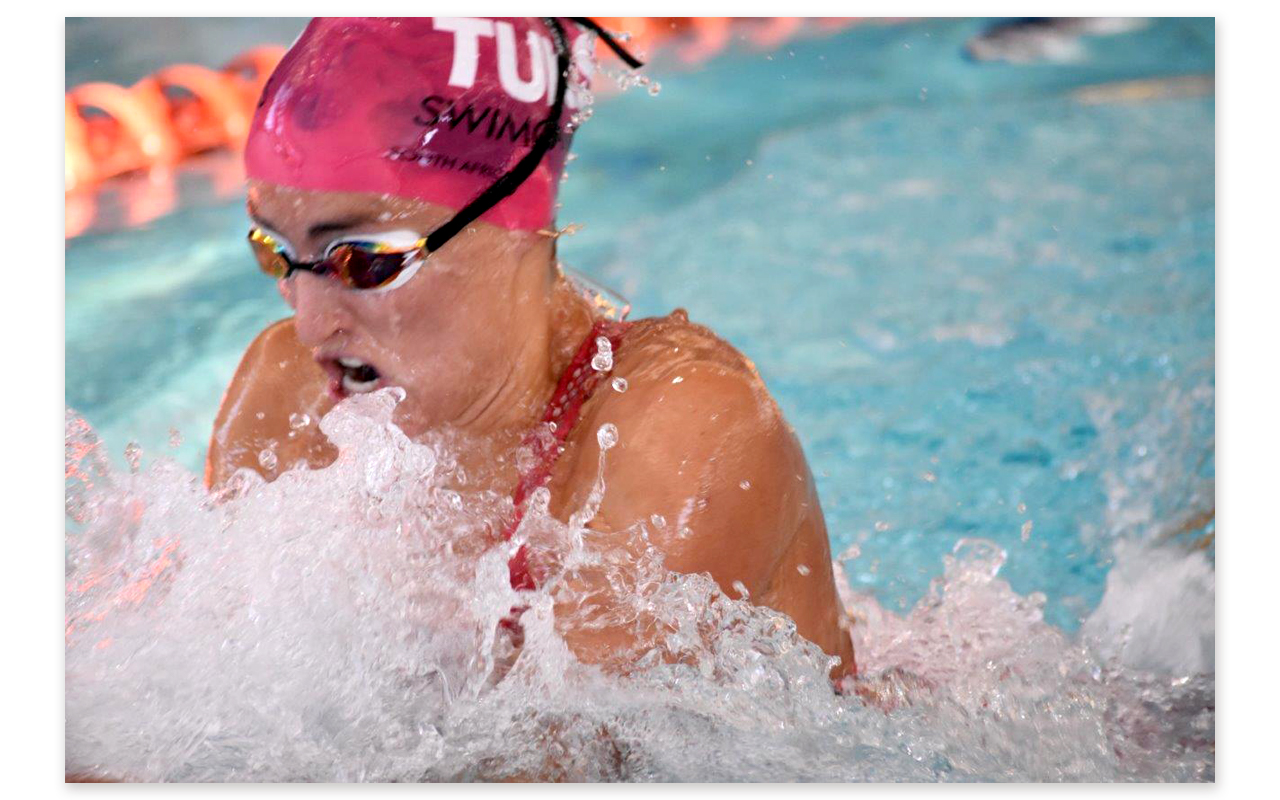 The battle for fast times has begun as Mzansi’s swimmers kicked off the 2021 SA National Aquatic Championships, doubling as the official Olympic and Paralympic Trials, at the Newton Park Swimming Pool in Gqeberha on Wednesday, 7 April 2021.

Tatjana Schoenmaker showed off her record-breaking form with a new African Record in the 50m breaststroke.

During the morning heats session, Schoenmaker shattered her own 2019 African Record time of 30.82 to 30.42 and improved on that time once again in the evening finals, clocking a golden 30.32, ahead of Lara van Niekerk in 31.03 and Caitlin de Lange in 31.87.

In the 50m butterfly, KZN’s Erin Gallagher started the competition on a high note, winning the race in 26.50, followed by Inge Weidemann in 26.87 and Tayla Lovemore in 27.01.

The staging of this event has been made possible through the support provided by Swimming SA partners, Sport and Recreation South Africa, SASCOC, National Lotteries Commission, Arena and Rand Water.

Photo 1 Caption: Tatjana Schoenmaker showed off her record-breaking form with a new African Record in the 50m breaststroke of the 2021 SA National Aquatic Championships at the Newton Park Swimming Pool in Gqeberha on Wednesday, 7 April 2021. Photo: Supplied