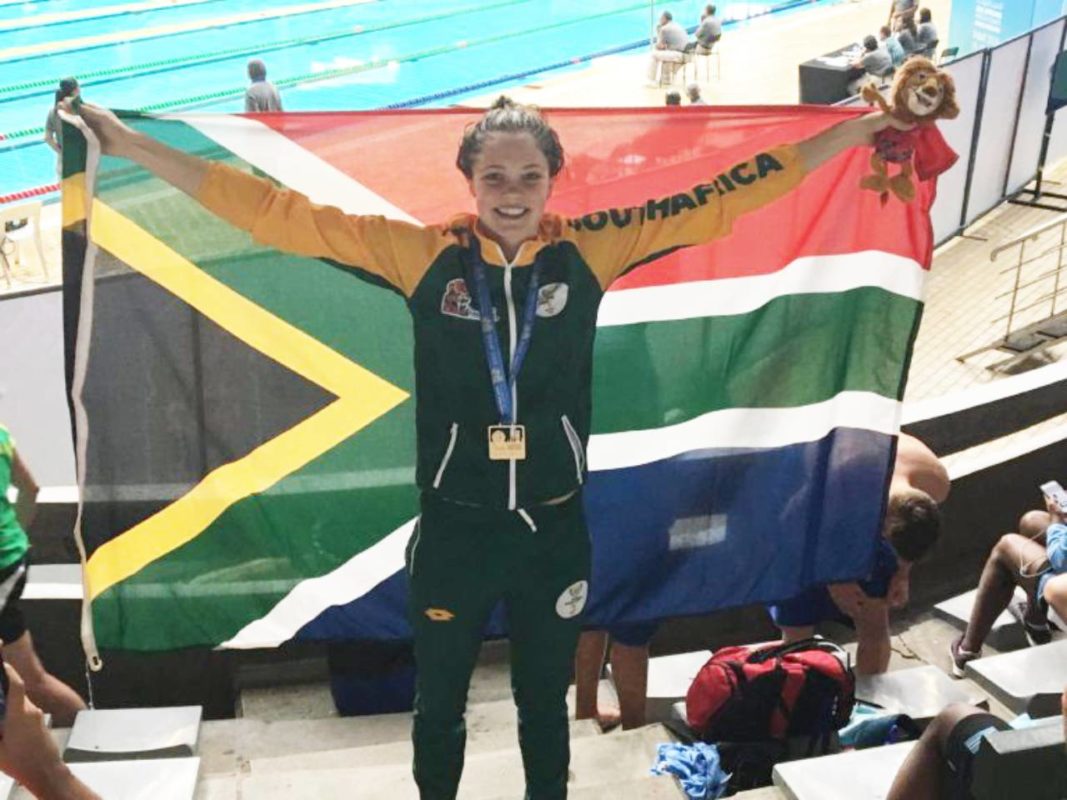 The South African swimming team concluded the aquatics programme of the 12th African Games in Casablanca, Morocco, on Saturday night with a phenomenal total of 45 medals (20 gold, 13 silver and 12 bronze) and claimed the top spot of the medal table.

Jessica Whelan finished the competition on a high note, winning the gold medal in the 200m individual medley in 2:19.44, just over a second ahead of Algeria’s Hamida Nefsi in 2:20.57 and Mzansi’s Christin Mundell in 2:21.70.

Erin Gallagher and Emma Chelius made the perfect duo in the 50m freestyle, scooping the gold and bronze in 24.95 and 25.25 respectively, while Egypt’s Farida Osman won the silver in 25.06.

Gallagher and Chelius were also part of the gold winning 4 x 100m medley relay, alongside Kaylene Corbett and Kerryn Herbst when they finished first in 4:12.42, Herbst also won bronze in the 100m backstroke race. Herbst’s time was 1:03.76 behind the Seychelles’ Felicite Passon in 1:02.42 and Botswana’s Naomi Ruele in 1:02.62, and Samantha Randle bagged the silver in the 800m freestyle in 8:55.32.

Canny Qualified for the Final of the 50m Freestyle in Budapest

In Budapest, during the fifth day of the 7th FINA World Junior Swimming Championships, Aimee Canny successfully qualified for the final of the 50m freestyle after a fourth-place finish in the semi-finals, touching the wall in 25.29, while teammate Michaela de Villiers was 58th in 27.79.

Canny, alongside Dune Coetzee, Trinity Hearne and Rebecca Meder also participated in the 4 x 100m freestyle relay where they ended 12th in 3:49.83. 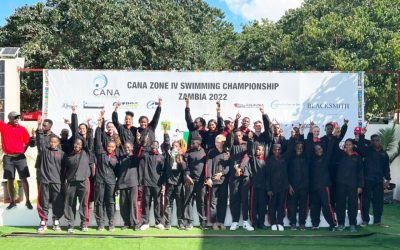 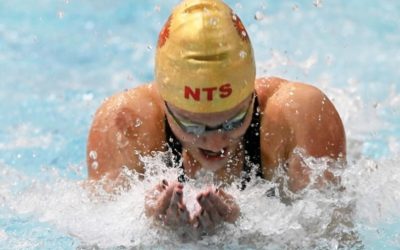 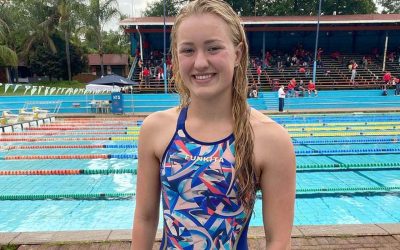