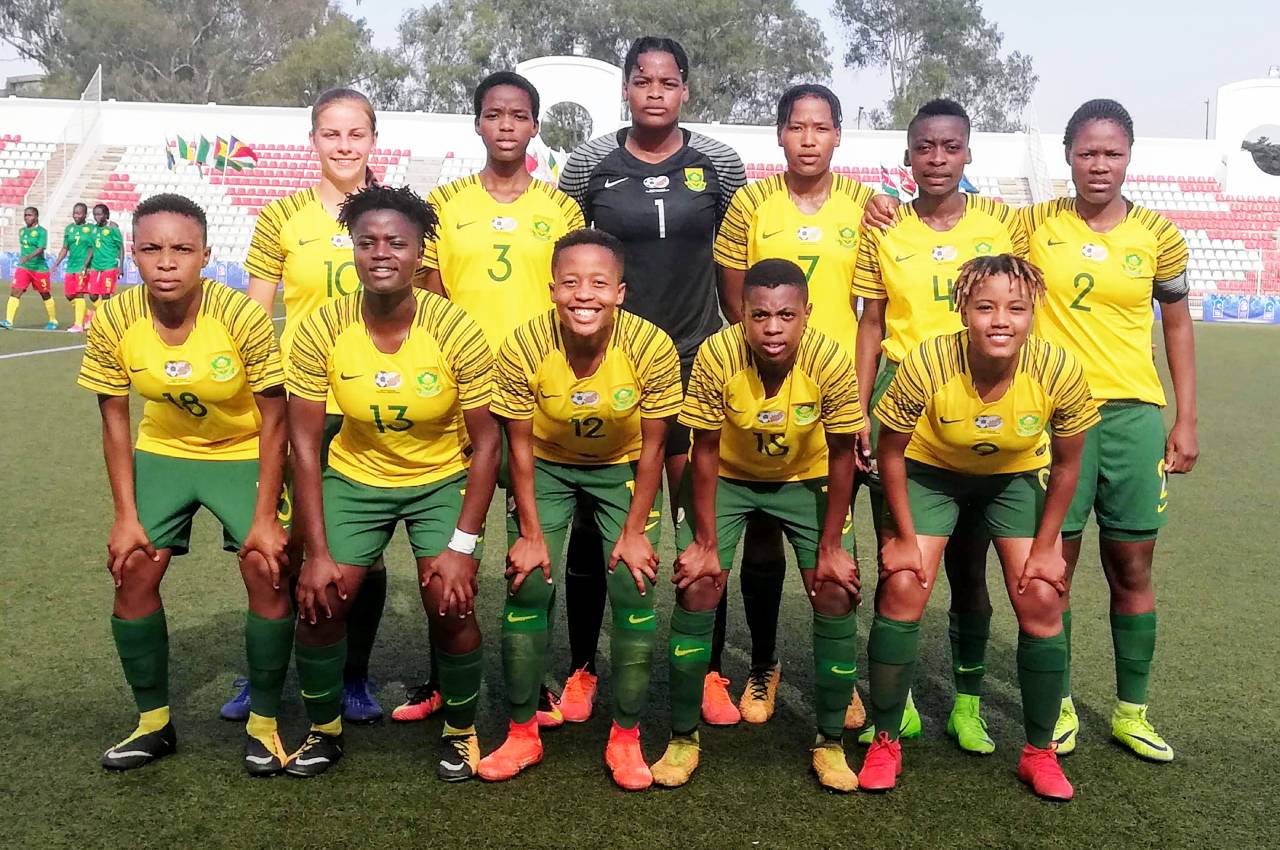 Basetsana Bow Out of AAG Tournament

South Africa’s National Women Under-20 (Basetsana) side bowed out of this year’s All Africa Games tournament following a 1-0 defeat by Cameroon at the Stade Boubker Ammar in Rabat, Morocco on Saturday, 24 August.

A goal by Marie Manga in the 76th minute was enough to see Cameroon secure the needed points to progress into the knockout rounds of this multi-sport continental competition. This win did not come easy for the Central African side, though.

They had to toil hard against a well organised Basetsana side which created plenty of scoring opportunities pressing forward, while maintaining their discipline at the back. The impetus behind Basetsana’s performance was that they knew that a win, and nothing but a win in this tie, would guarantee them a place into the knockout rounds of this competition. And, whenever Cameroon found loopholes to pull a shot towards goal every once in a while, opportunities presented themselves, goalkeeper Jessica Williams was also equal to the task to complement the shift her teammates were putting in up in the final third.

That Sought-After Goal Did Not Come for Basetsana, Though

In the second half, Basetsana played with more verve pushing forward as compared to their performance in the first stanza of the match. Cameroon had to match Basetsana’s play by fighting fire with fire — also applying pressure into their opponents’ defensive third as well.

It was only in the 76th minute when Cameroon got a lucky break after being awarded a corner kick on the near side. Moussa Zouwairatou whipped in a cross which found the lanky Manga who leaped head and shoulders above her markers to score the only goal of the match.

Photo 1 Caption: The Basetsana squad pictured ahead of their must-win All African Games match against Cameroon in Morocco, where the South African’s bowed out of the tournament after a 1-0 loss on Saturday, 24 August, 2019. Photo: SAFA.net