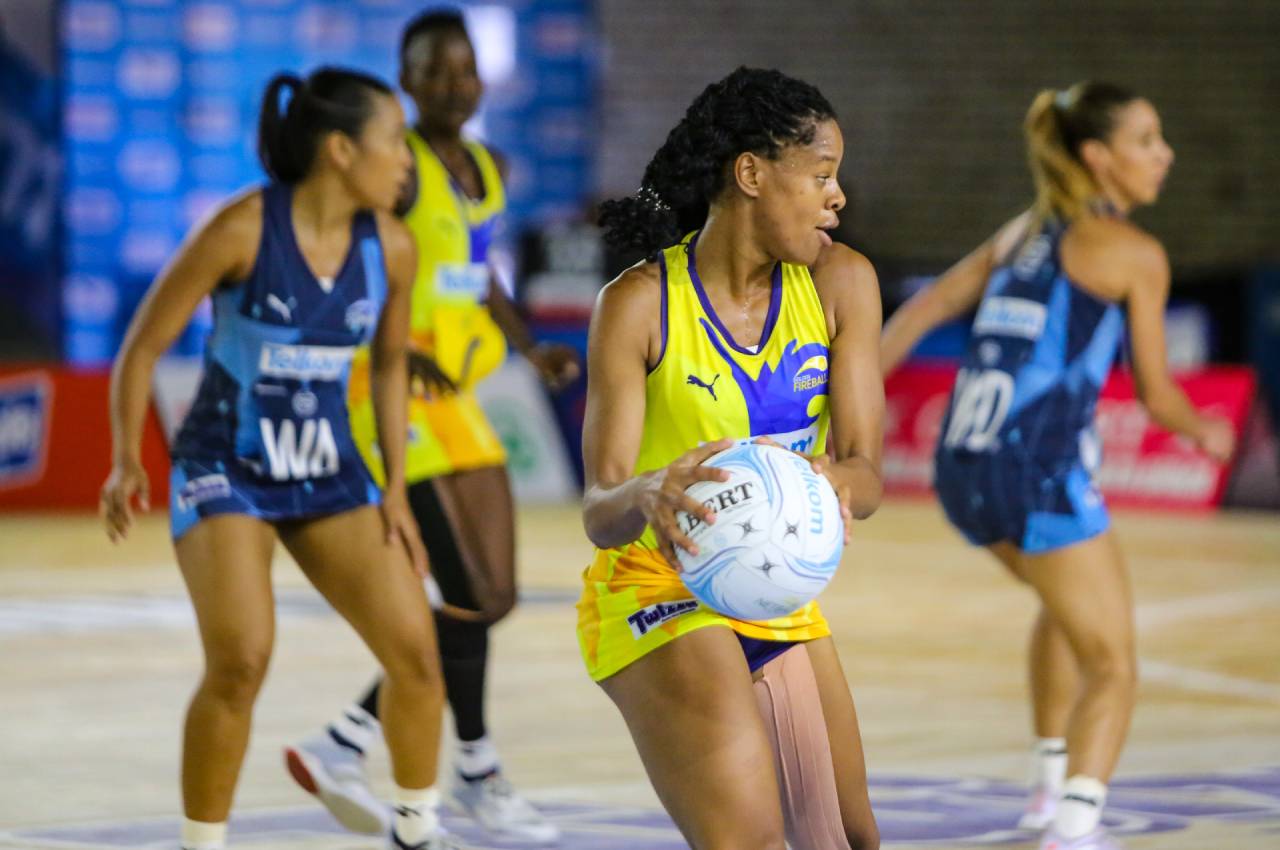 Telkom Netball League Division A and B Semi-Final Teams Confirmed

Kingdom Stars were voracious against Free State Crinums despite losing the game 45-39 in the Telkom Netball League on Saturday, 24 October 2020.

Stars who have lost all their matches in the competition used the same combination for the first two quarters which actually worked for them as they trailed by three and one goal in the first and second quarter respectively. Stars goalkeeper, Danelle Van Der Linde’s intercepts gave the Crinums’ shooters a hard time but the Free State team captain and goal attack, Lefebre Rademan balanced the equation by causing havoc with her shooting prowess.

Crinums coach, Burta de Kock applauded her team’s opponents for being competitive on court, “I really want to congratulate Kingdom Stars because they really showed up. When I watch their games, every player has beautiful insight to just bounce back and they can do it with each and every game. So, it was important for us to choose certain players who can dismantle them.’’

Another Division A match saw the Golden Fireballs transform their fighting spirit into war when they played against the Southern Stings, beating them 46-35 after losing by two goals to the Free State Crinums yesterday.

The Fireballs used the same starting seven and only made two changes in the mid-court in the fourth quarter. It was a tight start to the match but the Gauteng team started pulling away in the third quarter, opening that 10-goal gap. Player of the match, Kamogelo Maseko and Renske Stoltz were lethal in the Fireballs shooting circle making those turnovers count so they can avoid meeting the defending champions in the semi-finals.

‘’They went out there and just gave it their all. They knew that this was a must win game because we lost to the Crinums yesterday so we decided we just going to come with guns blazing and leave everything on court and it showed in their effort,’’ stated Fireballs coach, Dumisani Chauke after the game.

Chauke added, ‘’Preparing for the Crinums, the first time we met them we won, yesterday they beat us by two so we just going to go back to our drawing board and stick to our game plan like we did today.’’

Mpumalanga Sunbirds have scored the most goals in a single match in the Telkom Netball League so far. The Sunbirds thrashed the Northern Cape Diamonds 55-38 in their final round robin game today after converting 34 turnovers.

Meanwhile, Gauteng Jaguars crushed North West Flames’ dreams of playing in the semi-finals after beating them 46-27. The Flames will now prepare for tomorrow’s 5th/6th place playoff which they have to win to avoid Tuesday’s relegation game.

In the other Division B game, Limpopo Baobabs defeated Eastern Cape Aloes 39-28 but all this won’t count as they have forfeited the game according to the tournament rules 3.6 and 3.7. Baobabs did not play with the correct demographic protocol and will now lose the match and all goals scored. Aloes now win this game 28-0 and walk away with two points.

Clause 3.7 states: The competing team should play 2/5 or ¾ in each quarter of the game, if a team plays 6/1 on court for the entire quarter and complied with 2/5 or ¾ in other quarters, that team will be considered non-compliance of target system and such teams will forfeit points and goals of that game.

Kingdom Queens emerged victorious in the final game of the day after beating Western Cape Tornados 41-40. Tornados have now dropped to second place on the log in Division B, tied on 14 points with first place Mpumalanga Sunbirds.