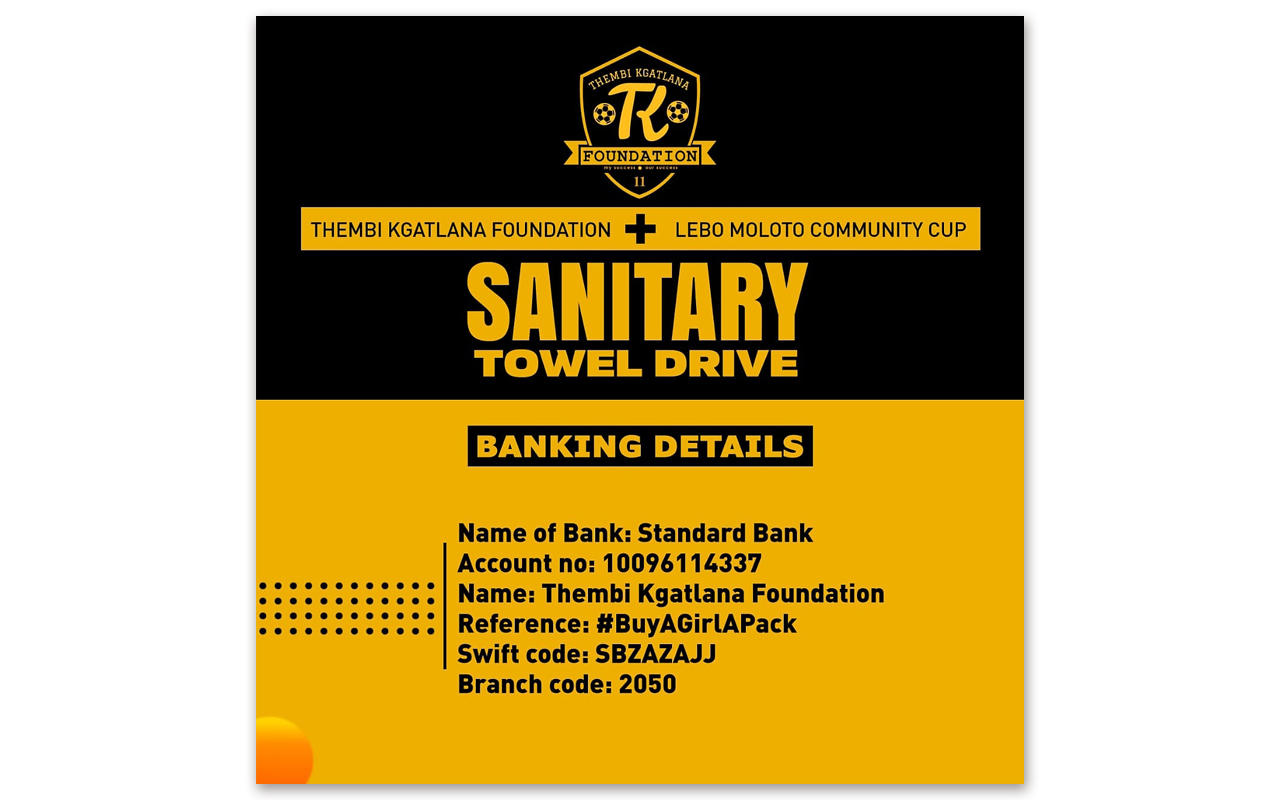 #BuyAGirlAPack campaign starts today! We have a month to raise R350 000.00 to buy Sanitary towels for girls in South Africa through your help. Our founder @kgatlanathe1st has pledged R20 000.00 towards the campaign. The account is Live and you can start donating to #BuyAGirlAPack pic.twitter.com/PCnNxIgpmU

The # BuyAGirlAPack fundraising campaign will see all funds raised used to purchase sanitary towels for girls in underprivileged schools across South Africa.

Donations start from as little as R30, and you can make a contribution using these details: