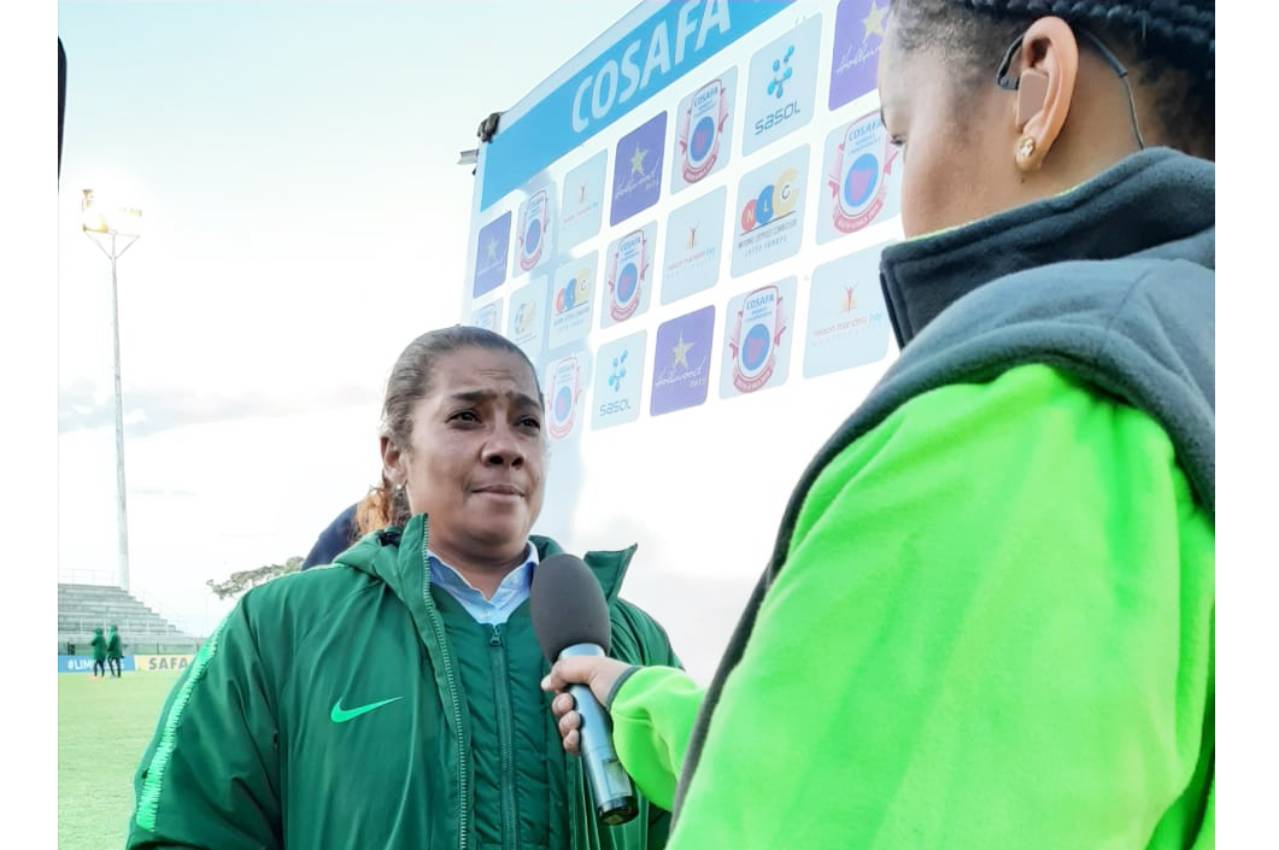 ‘They Gave Us a Good Run for Our Money’ – Banyana Coach

On Friday, 2 August, 2019, Banyana Banyana came from behind to defeat Malawi 3-1 in their second Group A match in the 2019 COSAFA Women’s Championship that is currently underway in Port Elizabeth.

Head Coach Desiree Ellis made five changes to the matchday squad that went on to beat Comoros Islands on Wednesday, 31 July, 2019 by an incredible 17-0 scoreline. However, on Friday afternoon, the ladies looked a different side and, with just four minutes into their encounter against the Malawians, the South Africans found themselves going a goal down.

“We knew that Malawi were going to press us hard, but I felt at times that we were too relaxed on the ball and unnecessarily gave the ball away, and I felt that we could have done better with the goal,” she told SAFA media after the match.

After having conceded early in the match, Ellis’ side began to create opportunities in front of goal that eventually saw Lebohang Ramalepe getting in equaliser before the half-time break.

“We did start to create a couple of opportunities and (some) we didn’t take and then, eventually, Lebo came up with a special one when we least expected it, but I felt that we were in control in a lot of the game, especially when we put the ball on the ground.

“We were aware of the pace that they had and the counters that they had, and I thought we managed that well. We are not clinical enough in front of goal, unfortunately, but the chances that we took really gave us the win,” she continued.

“I thought the substitutes that we made, Janine (van Wyk) was enforced of course, getting an injury. I think that Noxolo (Cesane) came in and really lifted the spirit of the team, got involved in the one-two’s and the combination play and that opened them up a bit,” she said.

“They gave us a good run for our money, especially in the first half, but what I thought that we did really well (was) we didn’t panic.

“We were still composed enough and knew there was still enough time to get back into the game and that’s also a lesson learnt from coming from the World Cup – not rushing, not just pushing but being composed and knowing that we can get control of the game and get the result,” said Ellis.