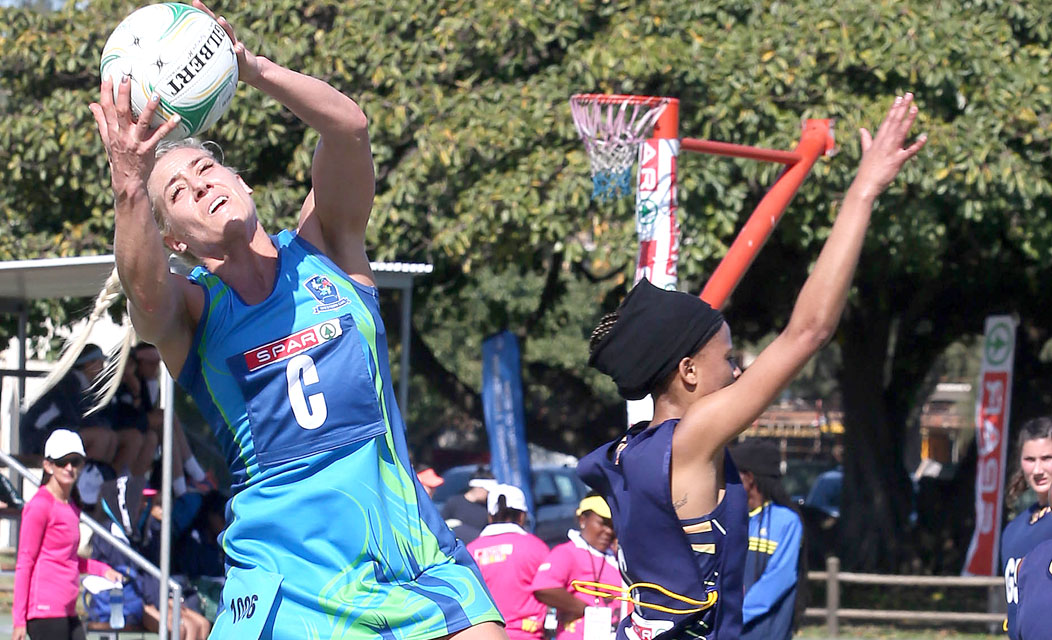 KwaZulu-Natal came close to causing the first upset at the SPAR National Netball Championships at Hoy Park on Monday.

North West pulled out the stops in the final quarter to beat KZN 40-35, and retain their status as one of the teams to beat at the tournament. KZN won the first quarter by one goal (12-11), but North West fought back in the second quarter to lead 22-18 at halftime. The coastal team came back strongly, outscoring North West 10-6 in the third quarter, before North West clinched matters in the final 15 minutes.

Most of the top teams have been hard hit by the absence of their SPAR Proteas, who are not playing in the tournament, and KZN and North West were both affected.

The match was hard and very physical, and North West captain Chante Bester said it had been an ideal start to their campaign.

“We knew it was going to be very physical, so we were prepared for that. We didn’t expect it to be such a close game, though,” she said. “But a hard game like this sets us up for the matches to come.”

Coach Dorette Badenhorst agreed. “They really pushed us,” she said.

“I didn’t expect us to be level on 28-all after the third quarter. But the important thing was they stepped up and did everything they needed to do to win the match.”

She said she had some young players in the team who were still finding their feet at the senior level, but she was happy with the way they were responding.

“We had a very inexperienced goal circle, but goalshooter Anje Esterhuizen and Melandi Pretorius did well. It is very important for the more experienced players to back them up and give them the confidence to do their best.”

Free State coach Burta de Kock said she was pleased to have been able to play all 12 members of the team.

“We have to get used to being without some of our stars, like goal defender Karla Mostert and so we need to develop the younger players,” she said.

“We’ll be without Karla again next year, because she has signed for another year with the Sunshine Coast Lightings in the Australian Super league. But I am happy that we have the players to take over from the senior stars.”

Picture 4 Caption: Marna Claassens of Free State in action against Eastern Cape during day 1 of the SPAR National Netball Championships at the Hoy Park sports complex, on 7 August, 2017 in Durban. Photo: Reg Caldecott