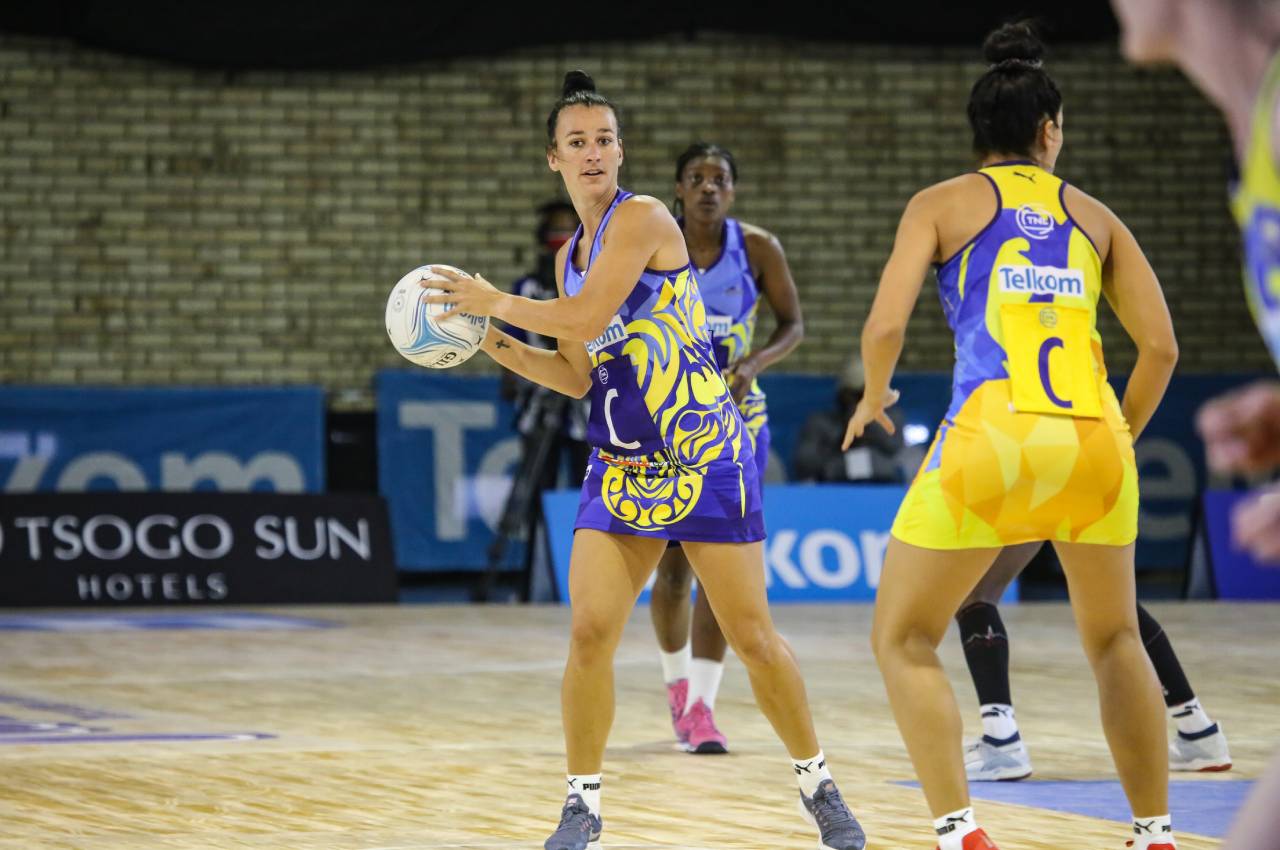 Tornados Fight Back to Maintain Top Spot in Division B

The Western Cape Tornados have shown that they are not a team that can be underestimated even with their first appearance in the Telkom Netball League. The Tornados moved to the top of the log on Wednesday, 21 October 2020, and were able to retain their number one spot after beating the Diamonds 37-36 in the first match on Thursday morning.

Tornados coach, Danlee Matthews believes her girls should not be clouded by their success, “I told them that it starts with discipline, on and off the court and I’m very pedantic with regards to discipline off court.

“From here onwards, its recovery, rest, nutrition, and that is where it starts for me because that transfers obviously to matches. The fitter you are and more conditioned, you will produce at the end of the day. They will now savour this win until tonight when we have our team talk then it is over and done.’’

Meanwhile, the Gauteng Jaguars have officially cemented their spot in the semi-finals after a comfortable 47-32 win over the Golden Fireballs in the Gauteng Derby.

Jenny Van Dyk’s team will now have to wait and see who they will face in the last four of the competition. Goalkeeper, Zanele Vimbela sustained a knee injury in the third quarter which is a major blow for the team who have immense pressure of making sure they record victories in their last two round robin games to progress to the semi’s.

Fireballs coach, Dumisani Chauke says she is more focused on the bigger picture, ‘’What we have is the heart for this sport and I think we have shown that. We came here knowing that the history of the Fireballs is that they usually trail from behind and just come back with guns blazing, we want to rebrand and change that perception which I think we have done pretty well.’’

In the other Division B game, the Kingdom Queens refused to move level on points with the Limpopo Baobabs after beating them by a narrow 39-37. Yesterday, they prevented the Eastern Cape Aloes from moving to the summit of the log with a one goal victory. The Queens are still very much in the running of finishing number one on the log and now have 8 points with two games to go.

‘’This is a great tournament; a lot of my players are young, so the stretch really gets to them, but I think they have picked up as a team. We are now consistent and have this wonderful fighting spirit right until the end,’’ Queens coach, Magda Du Plessis stated after the game.

The Free State Crinums beat the North West Flames 40-37 in a must-win game.

The Crinums avoided finding themselves in an unwanted position and put the foot on the accelerator to lead the second quarter 22-13. The revival of the Flames in the last quarter saw them benefitting from three consecutive errors that were made by the Crinums which they were able to convert and the introduction of Didintle Keebine back on wing defence bolstered the squad.

At the end of the day, it was the home side that walked away with maximum points to keep their top four finish hopes alive. Crinums’ coach, Burta de Kock brought in Khanyisa Chawane on center and Bianca de Wee on wing attack but Chawane had to be replaced by Sikholiwe Mdletshe after being hit on the face in order to protect their lead at all cost: ’It’s important for us that when they are on a role, we break the rhythm with different bodies and it worked.

It has also been a very challenging tournament for the Kingdom Stars who are still finding it difficult to win a game even after 8 matches following a 31-42 defeat against the Southern Stings. 12-8 to the Stings closed off the first quarter but the Stars scored the most goals in the second quarter and led 20-18.

Stars goalkeeper and goal defence Danelle Van Der Linde and Jeante Strydom struggled to defend Stings goal shooter and goal attack, Sian Moore and Nichole Taljaard who took charge of their circle. The Stars only scored two goals in the last quarter due to bad feeding to Nontsikelelo Mazibuko in the shooting circle and that is when the Stings capitalized and slotted 16 goals in the last 12 minutes.

Stings coach, Annelie Lucas says they will try by all means to avoid playing against the Jaguars in the semi’s: ‘’We don’t want to be fourth, most people would like to be in a comfortable position like second and third so at this stage, that’s what we working for but we need to work hard. We have two tough games ahead of us, it’s not going to be easy, but we will go back to the drawing board and see what we can set up for tomorrow.’’

The last game was a rollercoaster of a match between the Mpumalanga Sunbirds and the Eastern Cape Aloes but at the end it was the Aloes who stood their ground and beat the Sunbirds 37-35 as both teams swopped places on the log with the Aloes moving to second place and the Sunbirds third even with the same number of points.