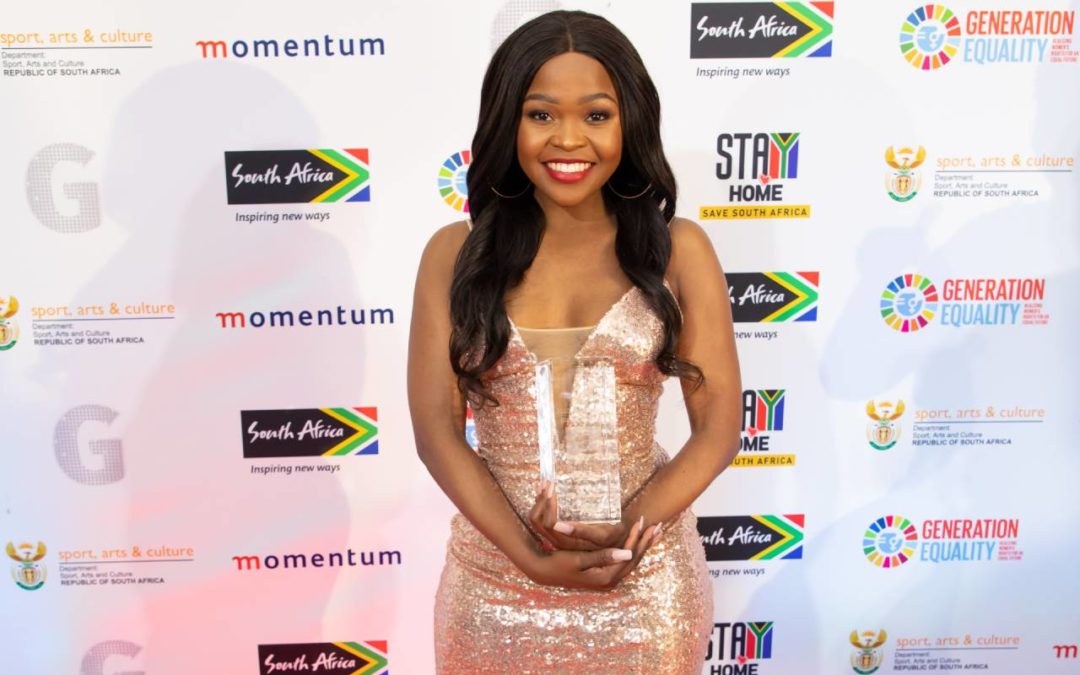 2020 Momentum gsport Awards Woman in Radio winner Itumeleng Banda is a young, vibrant and inspiring woman who is owning her space on the radio. Banda is a presenter on Massiv Metro and Eldos FM, hosting the aptly named Feminine First Touch.

Alongside Banyana Banyana veteran Portia Modise, they aim to encourage women in football to own their narrative, to share their unknown valuable stories and of course, with all the praise they can muster, celebrate those who are excelling in the space.

At 23, Banda has travelled twice to represent South Africa and her hometown of Alexandra for Youth Activism in San Francisco and Puerto Rico, invited by the International Congress of Youth Voices.

She hopes that her rising star can give hope to young girls in Alex and beyond, that they too can fight against some of the toughest odds and make their dreams a reality. 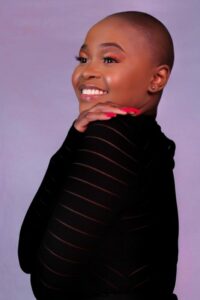 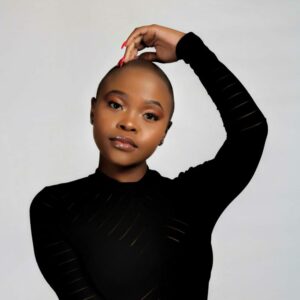 Lonwabo Nkohla caught up with Itumeleng to chat about her consistent growth in the industry and life after winning a gsport award.

Congratulations Itumeleng on your recognition as the 2020 Momentum gsport Woman in Radio Winner winner. Did you ever, in your wildest dreams, see yourself getting this kind of recognition so soon in your career?

Thank you so much! Truth be told, no, because I’m very new to the industry. My main focus at this point was and still is to learn as much as I can, sharpen my broadcasting skills and just generally focus on building brand Itumeleng Banda. So, this recognition is still a shock but I’m extremely grateful.

Tell us about the impact winning the award has had in your life and/or career.

The award was confirmation that there is someone who’s always watching, so whether there are people in sight or not, you have to be on top of your game 24/7. I’m honestly excited for my career as I now know that everything and anything is attainable as long as you put in the work.

In terms of my life, I now have so many girls reaching out to me and telling me that they admire me and my work. Which to me that means everything, because just through doing what I love I have now planted a seed of hope in my community and I am becoming an example that where one comes from does not and will never define your destiny.

Let’s start from the beginning. Tell us more about Itumeleng Banda, how was it like growing up in the legendary Alex?

Itumeleng Banda is a 23 year old broadcaster who holds a Bachelors of Arts Degree in Film and Television and resides in Alexandra Township. I wasn’t born in Alexandra Township but I moved there when I was about 7 years old. I grew up in a single room house where I lived with my mother, father and sister. We didn’t have much but we always had what we needed. I was a child who was exposed to many things at a very young age both positive and negative but mostly negative. However, I was fortunate that my mother was very strict so that honestly saved me from a lot of things. I didn’t understand that then but I completely understand it now.

How did your love for the media industry begin?

My love for the media industry began in high school when I was introduced to public speaking which I was really good at. I then started MC’ing sporting events at school and really fell in love with the spotlight. My friend and I used to record ‘radio shows’ on his phone and that’s what really triggered my love for radio and made me approach Alex FM and told them that I wanted to join their family of which I was auditioned and accepted as a news reader and that was the birth of my media career.

You got to represent SA in San Francisco for your Youth Activism, tell us more about that.

So, while I was at Alex FM I joined a group of youth reporters named ‘Bigger Than Life’ who had a show that focused on addressing social issues that exist in Alexandra Township. I was then chosen to be part of a documentary that was based on gun violence and little did I know that the video was going to be on YouTube and then be discovered by The International Congress of Youth Voices who then invited me to San Francisco to represent South Africa.

The International Congress of Youth Voices is an organization that’s in place to connect young people from across the world and get them to understand the struggles that each of us go through within our different countries.

Traveling to San Francisco was unreal not only because it was my first international trip, but I was going to be on an international stage speaking my truth about gun violence and representing my country – this for me was massive and being invited back by the organization in 2019 in Puerto Rico was just amazing.

Just two years in at Massiv Metro and you’re already an award winning woman in sport – to what do we owe this celebrated rapid success?

I honestly owe my rapid success to all of the people who believed in me when I never believed in myself. I owe it to my mother who deprived herself of a lot of things to make sure that I had everything but I also owe it to young girls who are from my community and don’t believe that it’s possible. I want my success to be a point of reference that drives them to unleash their greatest potential.

Feminine First Touch is a football show that airs on Massiv Metro and simulcasts on Eldos FM, hosted by Portia Modise and myself every single Tuesday evening from 18:00 – 19:00. The show mainly focuses on women’s football in South Africa but also stays in touch with international stories.

The show aims to encourage women in football to own their narrative, to share their unknown journeys and to celebrate those who are excelling in the space or either paved the way. However, as much as we have a lot of good times we also openly discuss the uncomfortable truth. Women in football or rather women in sports in general have been marginalized and silenced for years and we as Feminine First Touch are driven to break that stigma. We are in place to serve as a voice for women in football that will one day influence change.

Portia Modise is a legend in football. What lessons have you learnt from that work relationship?

Working with Portia is an absolute pleasure! We have so much fun in fact. There are so many lessons that I have learned from Portia but if I had to name three they would be:

– Be unapologetic about what you believe in

– Always remember why you started

Your greatest interview or story told on your platform?

We’ve had so many people on the show, great men and women, however if I had to choose one it would be former Banyana Banyana player Fikile Sithole’s story. Feminine First Touch was very, very new and she was one of our first guests who took me through the struggles of being a woman who has a family and makes many sacrifices for what she loves and that is football. I had always known about the inequalities that exist in sport for women but I didn’t know how deep it really was. I remember shedding a tear after the show and promising her that although I don’t play the sport I will always be in the frontline advocating for women in sport.

Taking from the stories you’ve been telling on your show? What remains the biggest struggle for women in football?

The biggest struggle for women in football remains inequality! Female footballers aren’t viewed in the same light as their male counterparts and as long as authorities don’t act on fixing that, society will never have respect for the female game.

What have been your career highlights thus far?

In terms of sports broadcasting, winning my first award (the Momentum gsport Award) has to be one of the greatest highlights, I still can’t believe it. In terms of my activism work, representing my country on international stages has been incredible. Those are moments I’ll never forget and I surely look forward to using my voice to influence change for the better and just excel in finding my purpose on this Earth.

What keeps you on your toes where your dreams are concerned? What’s the vision for your personal brand?

My dreams and visions scare me at times, I won’t lie! Not because they are far-fetched but because I’m from a place where people don’t dream big. The vision for Itumeleng Banda is to be the greatest radio and television broadcaster South Africa has ever produced. To be a voice that echoes on into future generations for women in sport. This question is tricky but beyond South Africa is where we’re headed.

Your message to the kids in Alex and beyond, particularly young girls that want to shoot for the stars as you are?

My message to young girls is for them to take time in knowing and understanding themselves and what it is that they want and stand for. Once they have figured that out they will never settle for less.

They just have to have fun but stay focused, be kind to themselves and constantly remember the end goal. Never wait for opportunities but rather create your own opportunities and while you navigate through this journey called life, always believe in yourself and your abilities. However, when it does get tough don’t be afraid to ask for help. BREATHE, YOU’VE GOT THIS.