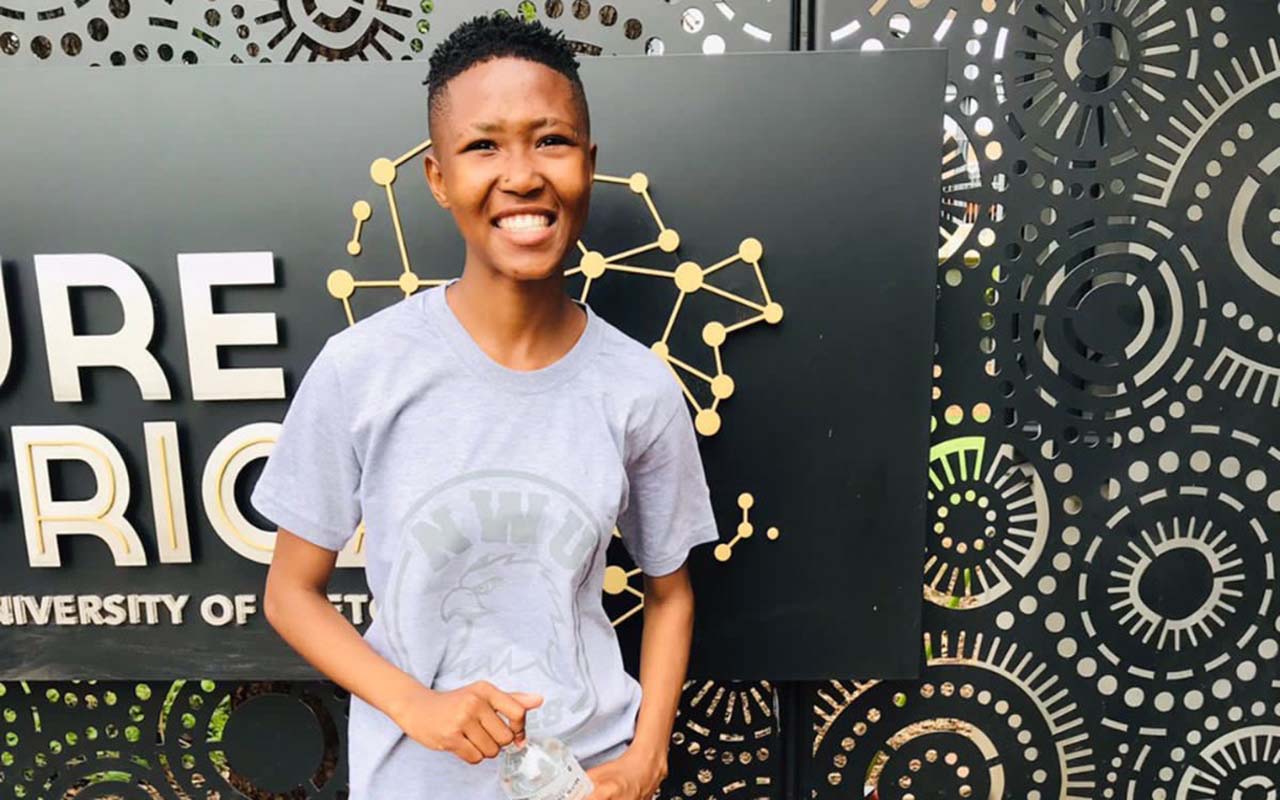 The 20-year-old who previously was on the books of the Kaizer XI FC in the MALFA League, is aiming to improve on her performances and become a great leader both on and off the field.

As the women’s game is still on the rise in South Africa, Kgashwane has made a call for more funding to provide better facilities to assist female footballers on their journey to becoming well rounded players.

Kgashwane applauds the current strides being made, especially by the media to help shine the spotlight on the women’s game, hoping it will encourage more corporate support.

Speaking with Tlamelo Kganakga, Kgashwane reveals how her setbacks motivated her to always put her best foot forward and shares her career highlights to date.

Tshenolo thank you for chatting to us. Please tell us more about yourself.

My name is Tshenolo Kgashwane, born and bred in Taung but currently in Mahikeng. I’m 20 years old. I’m an energetic individual who is highly motivated and I have a good attitude towards everything that I do.

When and why did you decide that you wanted to get into football?

In 2007, I realized that I do really love football because I used to play with the boys back home when I was young. In 2012, I started playing for Kaizer XI FC U/11 as they were registered under the MALFA League. I played for the club until 2017 and I was a rose among the thorns. It was quite great to play with the boys.

Tell us about your journey to the NWU Ladies team.

When I was doing matric, I had a friend who still plays for NWU Ladies. I used to ask her about the team and her response was that they host trials every year around February. In 2019 when I started studying at NWU, I went for trials, got selected and I registered with the team.

What is your biggest setback and what did you learn from it?

When I was doing grade 10, I didn’t take Consumer Studies seriously, and I assumed that, compared to Physical Sciences and Mathematics, it would be walk in the park. Failing my grades at midterm showed me otherwise. That’s when I knew that I had to get my act together. I spent the rest of the remaining months making up for it and I ended up getting decent grades on the subject. I learnt that no matter what I’m doing, I should strive to do it to the best of my ability.

What are the challenges you have faced getting into football?

Well, the game of football is so challenging to a point whereby it necessitates enormous concentration and attention into detail. Throughout my career, I have encountered numerous setbacks such as mental toughness and handling the moment. For instance, sometimes the magnitude of the game is huge, and I find myself coming up short due to the moment being big. Nevertheless, I have learnt from these situations.

What has been the highlights of your career so far?

I was selected as a provincial representative in 2019, won a USSA bronze medal and Player of the Match award at the Women’s Varsity Cup.

Who would you say inspires you to be a better player?

Who are the sportswomen you admire and why?

Alex Morgan and Linda Motlhalo. I admire them because of their good behaviour on and off the pitch. They give one hundred percent every time they step on the field, and they also show commitment to their clubs.

Which team would you say is your biggest opponent and why?

NWU TAWANA FC because they are very challenging opponents to play against and the intensity of the game is always high.

What improvements need to be made in women’s football in the country?

Funding! Women’s teams have significantly fewer facilities than men’s teams, which is preventing many of the world’s best teams from improving their performances.

Becoming more proactive and being a great leader.

My ambition is growing in a team where I can continue to learn and bring as much value as I can to the team.

If you could play for any team abroad, which team would it be and why?

Olympique Lyonnais. I love their style of play.

gsport is doing a great job by promoting girls and women athletes in sport. The work done by gsport will be recognized one day and will lead to increased sponsorship opportunities for women in sport.

Give women in sport more of a voice, bring in more women and encourage male allies and provide equal opportunities for girls in sports, physical education, and physical activities.