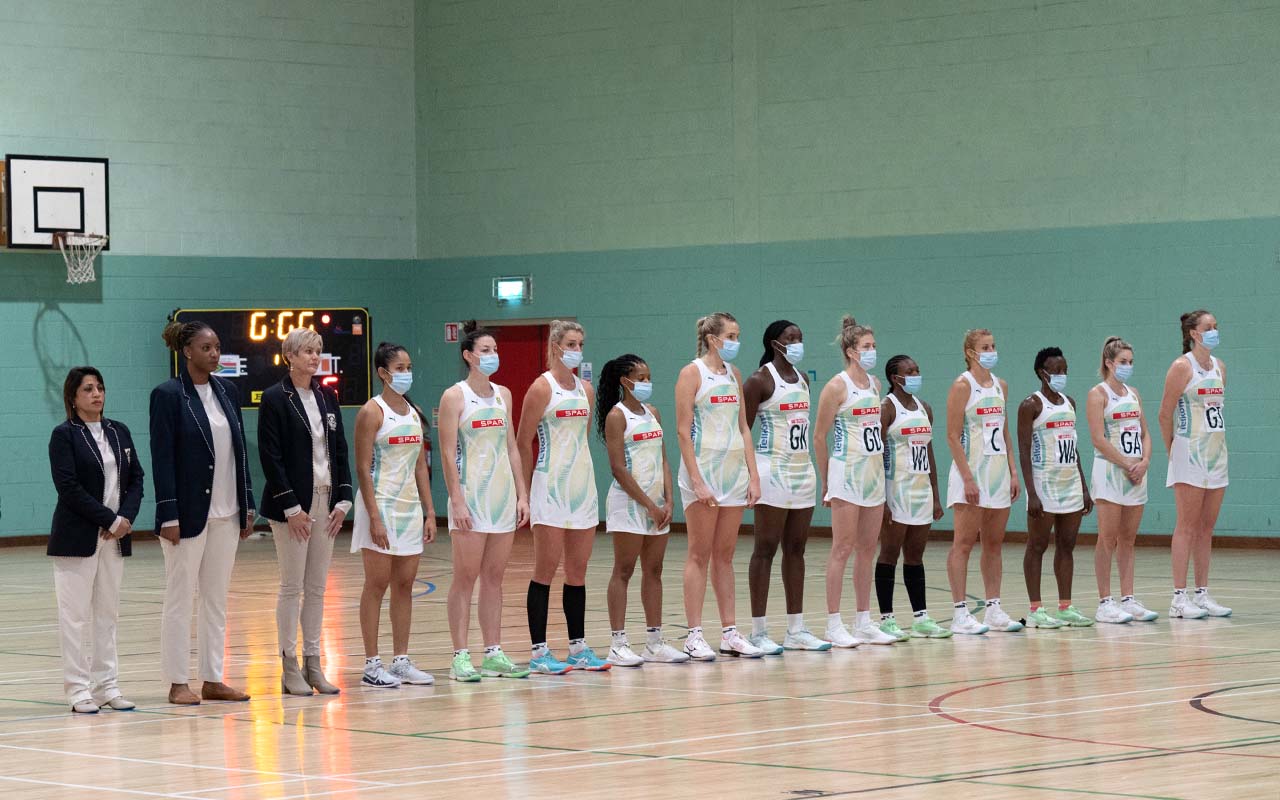 The Spar Proteas earned a major boost on tour ahead of their second match against Ireland on Sunday, 17 October 2021, after beating the home side 101-7 in their first game.

The South Africans returned to the international stage for the first time since January 2020 and have drawn positives from their first of five matches in the United Kingdom.

“It was very important that we got some game-time and playing good netball,” revealed coach Dorette Badenhorst.

“It’s not about the score for us, but it’s about reaching our goals that we have set and getting out on court as a team and enjoy playing netball again.”

Team captain, Bongi Msomi, echoed Badenhorst’s sentiments, adding that the team is building towards the future.

“It feels awesome! We wanted this for quite some time and stepping out on court allowed us to work on certain things, so it was great to see that we could tick a lot of boxes.

“Besides the win, this is about us building towards bigger events going forward.”

Photo 1 Caption: The Spar Proteas earned a major boost on tour ahead of their second match against Ireland on Sunday, 17 October 2021, after beating the home side 101-7 in their first game. Photo: Netball SA (Twitter)