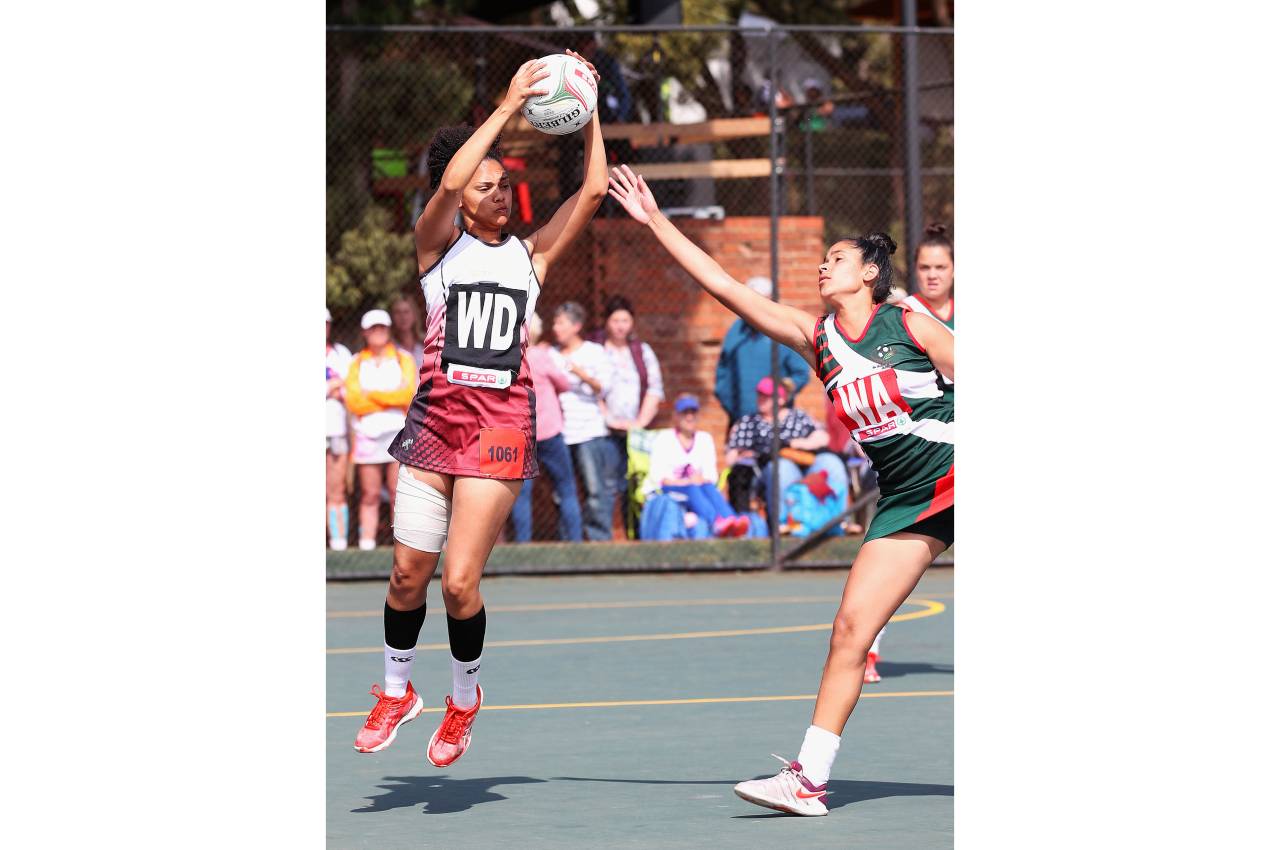 Dr Kenneth Kaunda breezed into the final of the SPAR National Netball Championships at the University of Johannesburg sports grounds, beating Nelson Mandela Bay (NMB) in a runaway 61-20 victory in their semi-final on the fifth day of the tournament on Friday, 9 August, 2019.

They will play Tshwane in the final at the Old Mutual Sports Centre at Wits University on Saturday. Tshwane, the defending champions, beat Mangaung 53-48 in a hard-fought, bruising encounter in the second semi-final.

Three teams, NMB, Ethekwini and Cape Town finished the round robin section of the tournament with six points each, but NMB squeezed through to the semi-final by virtue of the best goal difference.

The match between Dr Kenneth Kaunda and NMB exposed the gaping chasm in the standard of play between the top three sides and the rest of the A-section. NMB were unable to reach double figures in any of the quarters, scoring three, six, four and seven goals. Dr Elsje Jordaan, coach of the North West side, had the luxury of being able to rest some tired legs and give all 12 players a run. At halftime they were 33-9 ahead and the Eastern Cape side had no answer.

“It’s good to have built up some momentum going into the final, and I was happy to be able to give some players a rest,” said Dr Kenneth Kaunda coach Elsje Jordaan.

“We have been working towards this for two years. All the players played their part.

“I have been very happy with our defensive unit, but not so happy with our attack, which has been operating at about 80 per cent.  That said, I am not going to make any radical changes. How we approach tomorrow’s game depends on who we play,” said Jordaan.

They started the match as if their lives depended on winning. After the first quarter, they were 13-11 ahead. Mangaung coach Burta de Kock made several changes in an effort to keep pace with the Gauteng side. In the second quarter, Mangaung drew level and then went into the lead, but Tshwane came back at them and at halftime, honours were even on 24-all, with Mangaung winning the second quarter by 13 goals to 11.

In the second half, Tshwane edged ahead, at one stage leading by a margin of eight goals, but each time they seem to have got away, Mangaung fought back. After the third quarter, Tshwane had a four-goal lead. Despite fighting like tigers, Mangaung were just unable to make up the difference and last year’s finalists will now meet NMB in the play-off for third place.

“It’s been a rollercoaster of a week, with two defeats,” said Tshwane captain Tshina Mdau.

“We just took things ball by ball and quarter by quarter. We knew that Mangaung were very strong, and we brought our best game to the match, so did Mangaung, but we were the better team on the day. I think we got into their heads,” she added.

“Jenny sent us a message that we must bring it home or else, so we did it for her,” Mdau ended.

Tshwane were rocked at the start of the tournament by the news that their charismatic coach Jenny van Dyk had had to undergo emergency surgery.

In the Under-21 division, the same two teams, Tshwane and Dr Kenneth Kaunda, will contest the final.

Photo 1 Caption: Zeadine Januarie of Nelson Mandela Bay and Jessica du Plessis of Dr Kenneth Kaunda in action in the semi-finals during day five of the SPAR National Netball Championships at the University of Johannesburg on 9 August, 2019 in Johannesburg, South Africa. Photo: Reg Caldecott