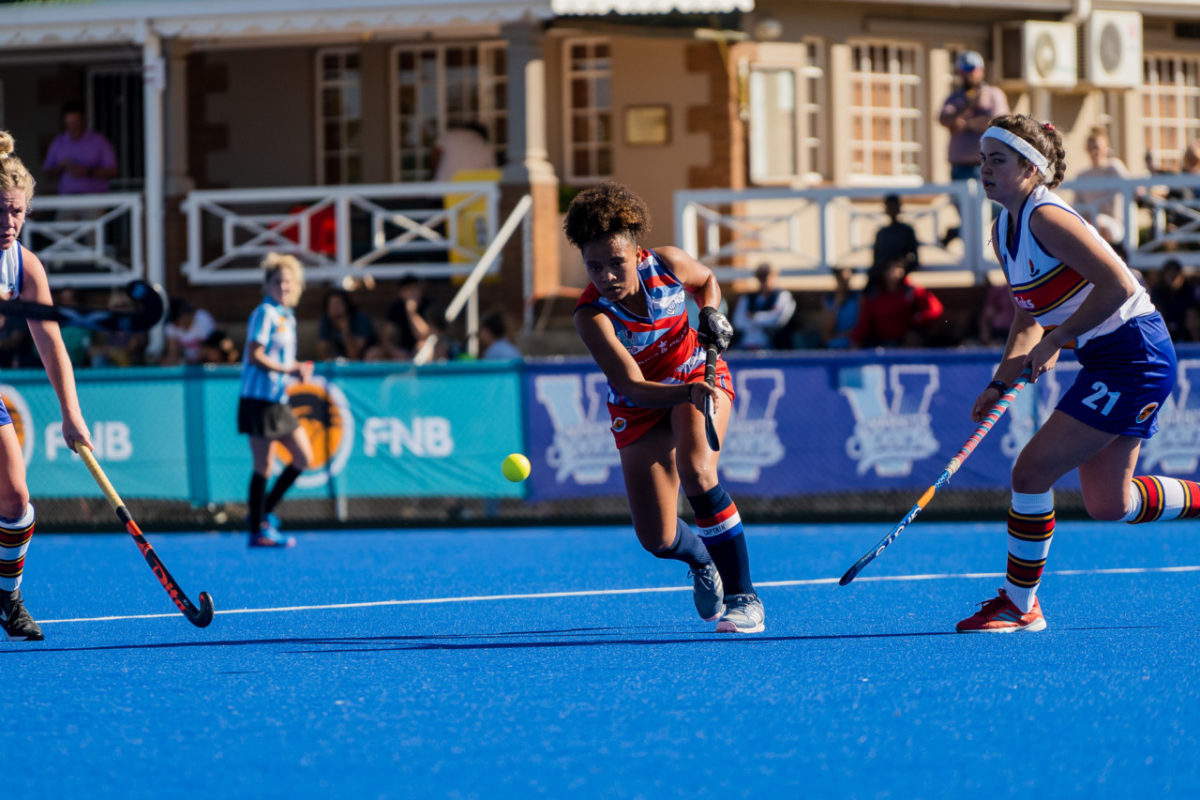 Tuks managed to hold off Kovsies and win 7-6 on day two of the Varsity Hockey bumper weekend in Potchefstroom.

Kovsies made their intentions clear from the moment the game started, and Simone Gouws proved it when she smashed the ball into the back of the net to give Kovsies an early 2-0 advantage. Tuks found their feet and captain Megan Anderson put them back in it when she scored off a short corner to take the score to 2-1. Natalie Esteves and Lerato Mahole both scored within a minute of each other to put Tuks 5-2 ahead for the first time in the game.

The second quarter saw no goals from either side, but Lizanne Jacobs impressed for Kovsies as she marshalled her way through the Tuks defence, but to no avail as they trailed 5-2 at half time.

Marizen Marais got the second half underway for Tuks when she scored off a short corner and then slotted a penalty after Simone Gouws too got her second goal for Kovsies, which made it a three-point game at the conclusion of the third quarter.

Kovsies put up a huge fight in the final quarter, with Antonet Louw keeping Kovsies’ hopes alive and smashed the ball into the back of the net from a short corner. Tuks went down to ten players and it was Louw again who punished them when she scored a penalty, leaving Kovsies trailing by only 7-6 with ten minutes left of play. Kovsies kept knocking on Tuks’ door but goal keeper Alexis Steyn made more than one necessary save to hold onto the lead until the final whistle.