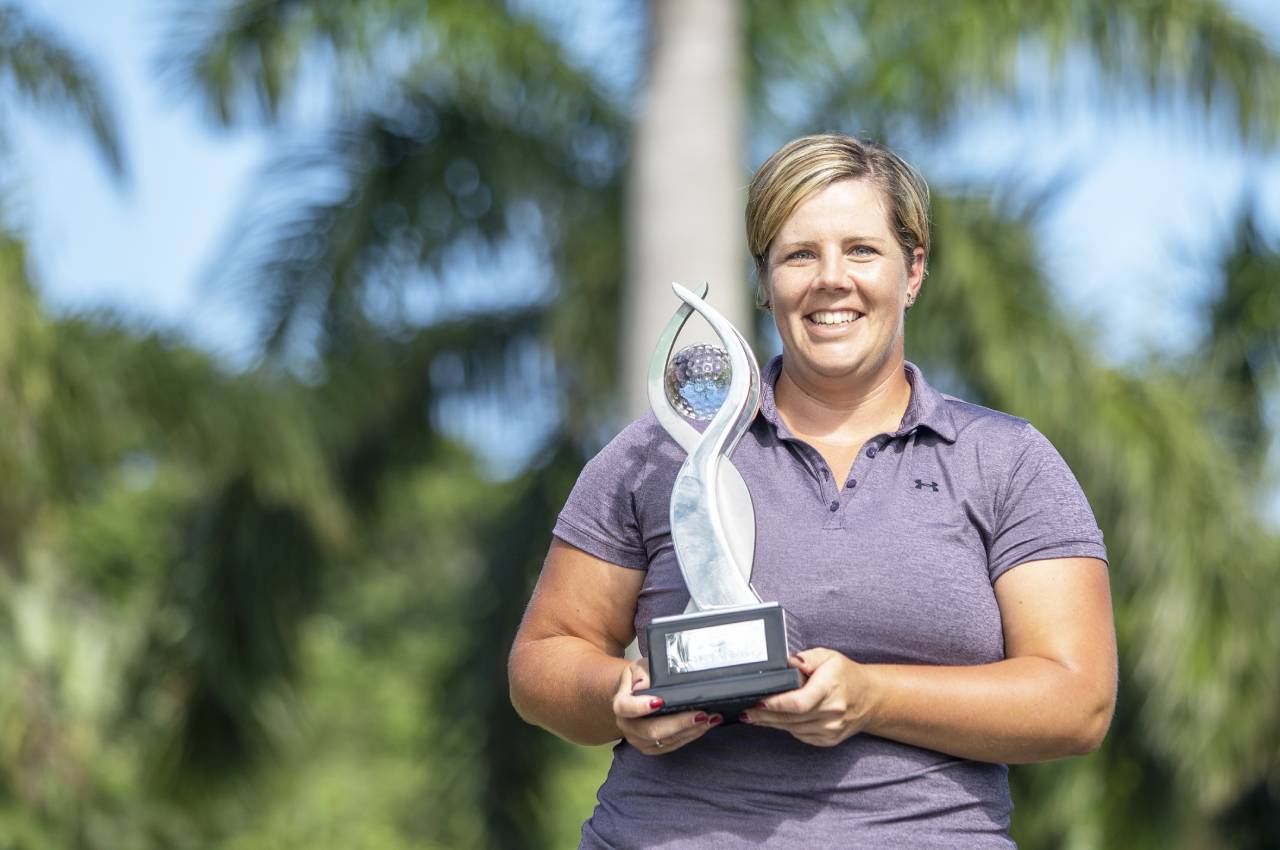 Starting the day with a three-shot lead, Turner struggled to a one-over 73 to finish on one-under alongside Gorlei, who carded a two-under 70.

In the playoff, Turner had the measure of the par-four 18th and narrowly missed a birdie attempt – but the tap-in was enough to give her the win.

“I had to hole a long putt to get into the playoff, which was a fantastic feeling,” said Turner.

“That was the hole we played in the playoff. Every single tee shot I hit in the playoff, there was only a three-yard difference to what I had left in for my approaches. So, I had the approach dialled in by the end of the playoff.”

While Turner battled in the final round, Milnerton rookie Gorlei – who led the first round – was making a charge for the title.

The pair were tied after eight holes with Turner one-over and Gorlei two-under. On 11, Turner double-bogey to fall two behind before Gorlei moved three-ahead with a gain on the 12th. But two closing birdies for Turner, including a vital birdie on the last helped her reel her opponent in.

“Cara was three-under par at one point during her round, and I made a double bogey on the 11th – but after that I got stuck in. I knew I could still make the birdies, I just had to stay patient and calm.

“My score doesn’t reflect that I was very calm heading into the round today. I wasn’t overly nervous, and just stuck to my game plan.

“I am hugely honoured to win the Standard Bank SA Women’s Masters. A number of really great golfers have won this title in the past, and I’m so thrilled to add my name to the winner’s list.”

The Scotswoman, who celebrated her maiden Sunshine Ladies Tour win last season in the SuperSport Ladies Challenge at the Wild Coast Sun Country Club, hinted that this could be the start of a strong run for her this season.

“I achieved my first win this year, but that doesn’t mean it’s my last one. My main goal was to win, but now that I’ve done it I can go on and win more. There are four more tournaments on the Sunshine Ladies Tour before I go back home to Europe, so it’s already been a great start to the season.”

And the next one could happen this weekend.

A New Event Added to the Sunshine Ladies Tour

Buoyed by the victory, the confident 30-year-old was excited to hop on a plane on Friday evening, to take up her place in the limited field for the Canon Serengeti Par 3 Challenge – a new event on the Sunshine Ladies Tour.

“You know, it’s a great innovation by the Sunshine Tour and Sergengeti to be hosting a unique event like this,” said Turner.

“The thing about a par three tournament is that being a big hitter isn’t necessarily an advantage, but it places a big emphasis on shot-making. We as professionals and the fans love to see what kind of shots we can come up with.

“I think it’s going to be a lot of fun, and there is a lot of prize money on the table. It’s definitely a new kind of excitement, because you might not get the usual suspects at the top of the leaderboard.”

Sharing third were Monique Smit and Kim Williams on one-over, with Bonita Bredenhahn and Bianca Lohbauer tied fifth on six over.