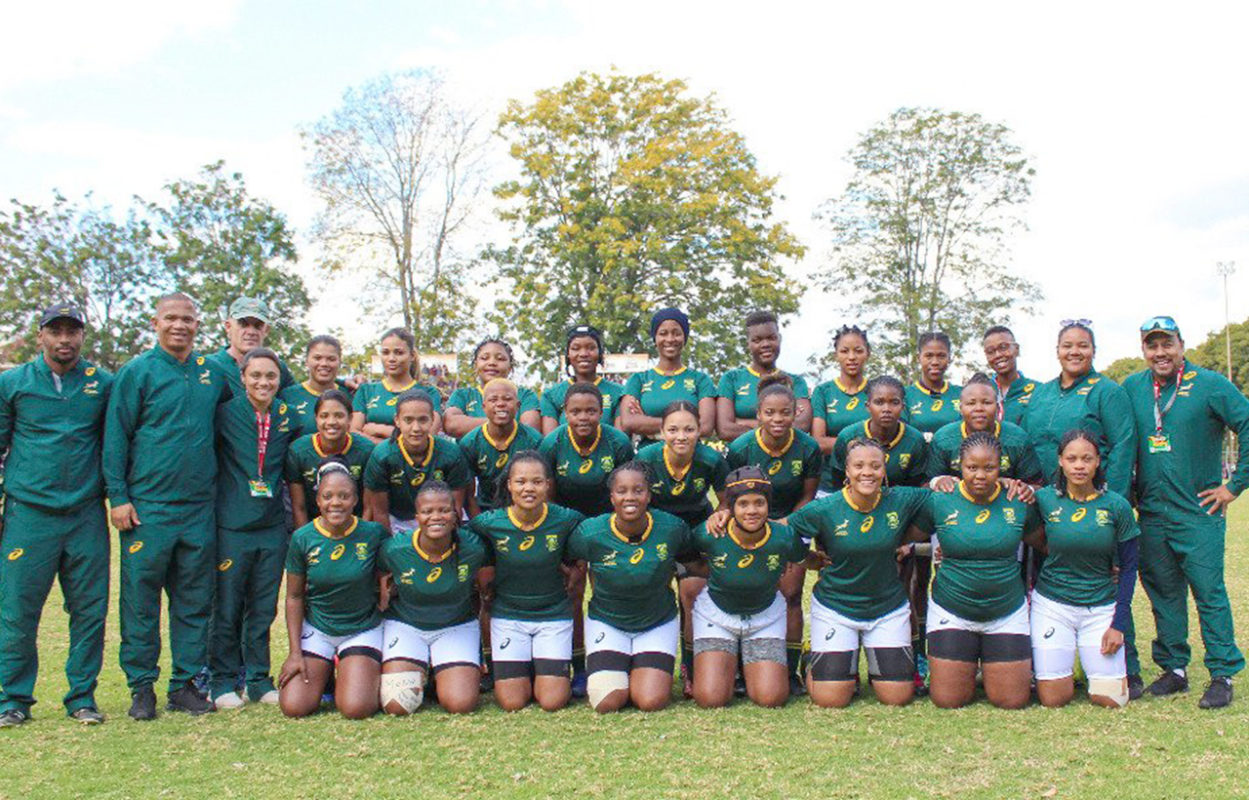 The South Africa U20 Women wrapped up their tour to Harare in style on Saturday with ten tries decorating a rewarding 67-10 victory in their second and final international against Zimbabwe at the Prince Edward School.

The victory, which earned them back-to-back wins against their African neighbours on their first tour since 2013, followed a convincing 43-0 win in their opening tour match on Wednesday.

The team – being coached by former Springbok Women’s prop and SA’s first female national coach, Laurian Johannes – dominated proceedings from the outset with flanker Phelisa Mrwebi scoring the first of their six first-half tries as early as the second minute, as they cruised to a satisfying 34-7 halftime lead.

Johannes’ charges added another four tries in the second half – with hooker Roseline Botes securing her brace – to add to a penalty try, while they limited the hosts to a converted try and penalty goal, which earned them the 67-10 result.

South Africa U20 Women’s prop and captain Tyler-Jane Coleman was delighted with the victory, and said it was a memorable tour for the players.

“We fixed the things we needed to work on after the first match on Wednesday, and we made a commitment to one another before the game that we would give everything on the field,” said Coleman.

“Zimbabwe were physical, but we stood up well and proved to be even stronger.”

“We all enjoyed the tour,” SA U20 captain, Tyler-Jane Coleman

The skipper said the players would continue to train hard with an eye on the SA Rugby Women’s Interprovincial competition and possible places in the senior Springbok Women’s team for their jam-packed international season.

The Springbok Women will kick off their season in August with the 2021 Women’s Rugby World Cup Qualifiers in Gauteng, which will be followed by a Test against Spain in Port Elizabeth and two Tests against the Scotland Women’s side in Cape Town.

“We intend to carry on training,” said Coleman. “Some of us are playing in the Women’s Interprovincial competition and there is a big tournament coming up for the senior team, and perhaps some of us may be selected to play there. So it is important to continue training once we return home.”

Photo 1 Caption: The SA U20 Women under coach Laurian Johannes return home after their first away international series against Zimbabwe with two wins in the pocket, with Interprovincial competition and a jam-packed international season lying ahead. Photo: @bokwomen on Twitter