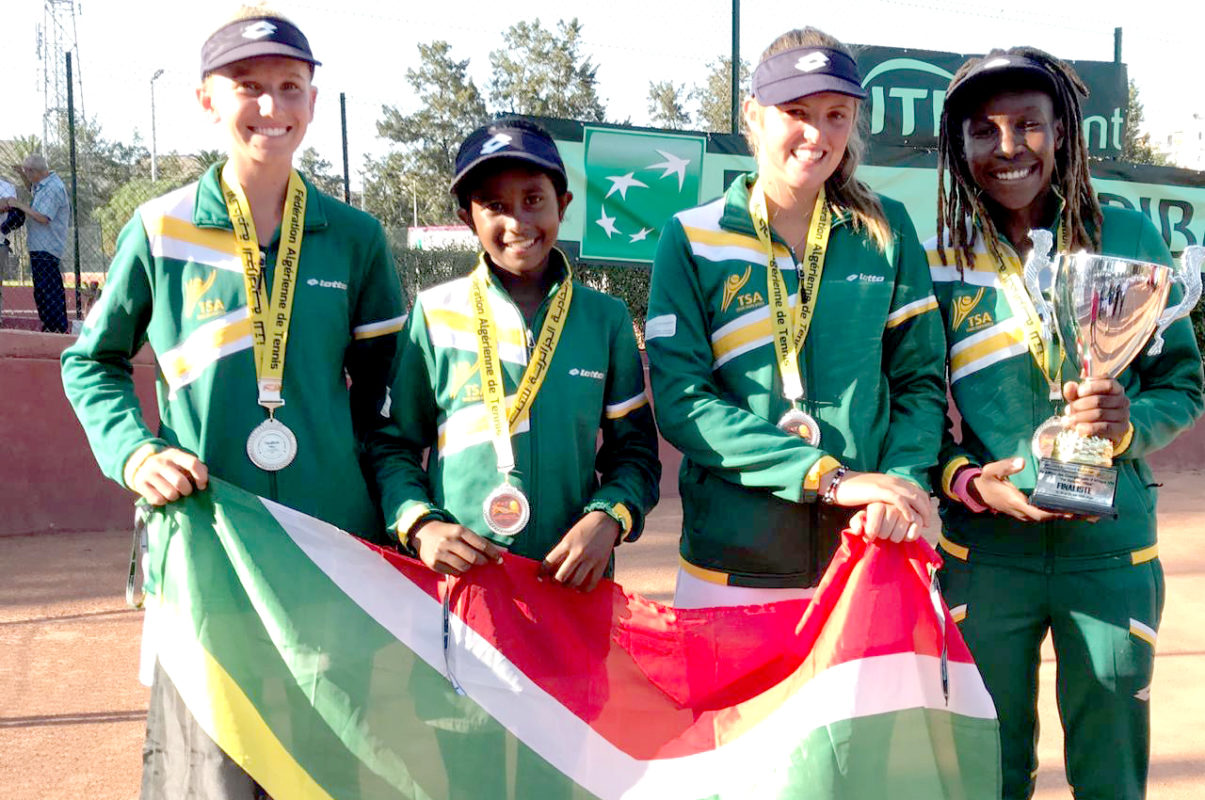 The South African Under-14 Girls team will fly the African flag after their stunning qualification through to the International Tennis Federation (ITF) World Junior Tennis Finals that is set to take place in the Czech Republic, from 5-10 August.

The team saw off Kenya, winning 3-0 in their final encounter at the African Junior Championships in Algeria on Saturday to seal a passage through to the world tournament later in the year, after finishing in second place to claim the second automatic qualifying spot behind Egypt.

The ITF World Junior Tennis Finals is the premier global event for Under-14 players, with this qualification bringing joy to the Under-14 Girls team coach, Asnathi Sebati.

“We were lucky to have a warm-up tournament before the African Junior Championships,” said Sebati, “And we knew that we had to beat one if not both of the North African teams in order to go through to the World Junior Finals.

“We had a plan and we stuck to it…even after going three-nil down to Egypt, the girls bounced back and knocked out Morocco to take second position to qualify.”

Meanwhile, the Under-16 girls finished in fourth place in their AJC category in Algeria on the final day of matches on Saturday, finishing ahead of Tunisia and Kenya, but trailing Morocco, Algeria and Egypt.

Final standings at the African Junior Championships in Algeria, on Saturday 29 June, 2019: