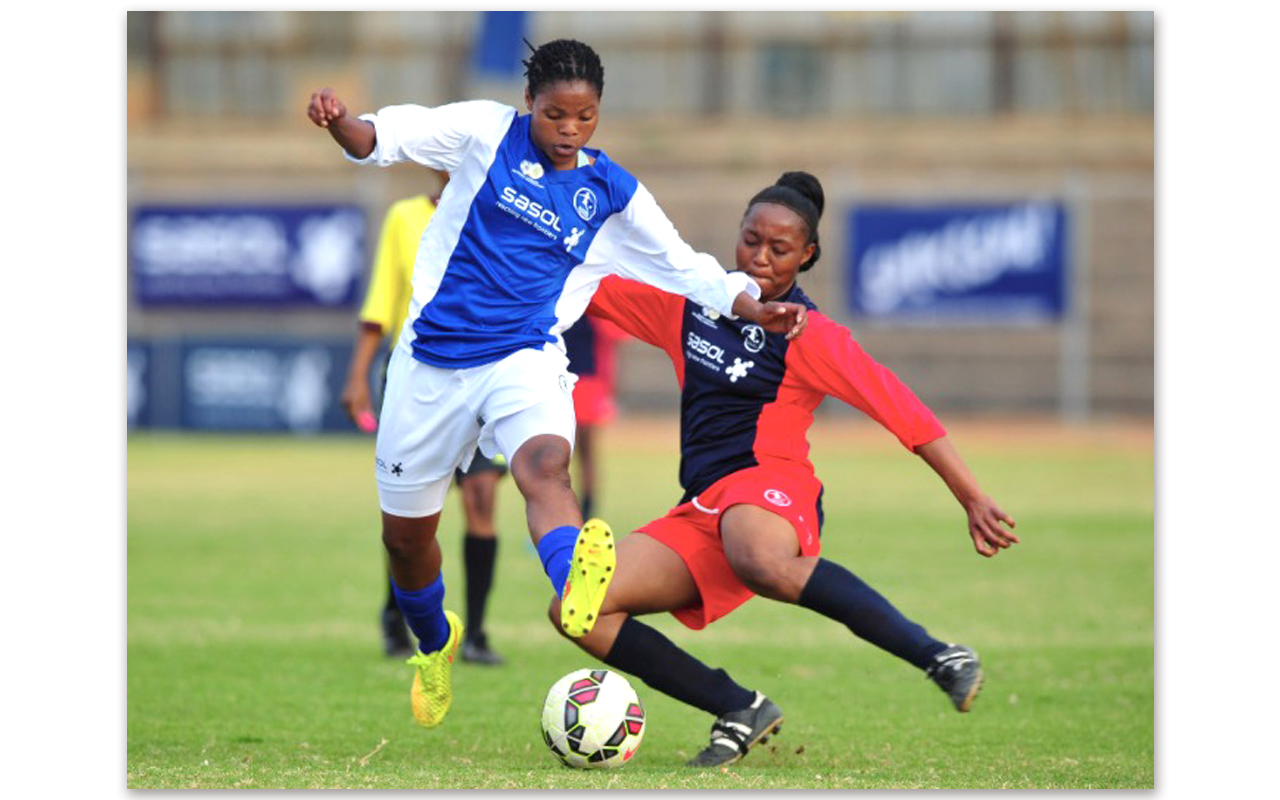 The Sasol Women’s League has returned for the 2021 season with a bang, following a frustrating year in the Covid wilderness.

With the advent of the Women’s National League, stakes have never been higher as clubs jostle for top spot in the respective provinces.

One region that never fails to deliver high-octane action is none other than Gauteng. Traditional powerhouse, Croesus Ladies FC, have unsurprisingly made a perfect start to their campaign with four wins from four and will be looking to eventually join their former rivals JWV FC in the SNWL.

Buoyed by a stunning 3-1 away win against North West University Vaal on Worker’s Day, they will be gunning to keep their 100% record intact when they host Rosina Sedibane Modiba Sports School at Northview High School in Balfour on Saturday, 8 May 2021. The game takes place at 13h00. The away team will be desperate to climb the log.

The match to look out for though is a tense battle between the two bottom-placed clubs when Kathorus play host to Lusaka Ladies FC at Huntersfield. The game is scheduled for 12h00. Pundits are predicting a stalemate, but fans of both teams will be praying for a solid three points.

The action then moves to Sunday, 9th May for the remaining five (Mother’s Day) fixtures, the first of which will see a mid-table clash between Soweto Fabulous and North West University Vaal at the Jabavu Stadium. Kick-off is at 13h00.

Third placed Wits University FC then travel to relegation-threatened Blue Birds Ladies Football Academy. The match will take place at Ground No.3 Square in a 13h00 kick-off. The home team will be looking to keep pace with the log leaders in what should be a cagey affair.

Second-placed Diepkloof Ladies will aim to make home ground advantage count when they tackle Nicko Taurus FC at Eldorado Secondary, also at 13h00. The home team are coming off a memorable 6-2 victory over Kathorus in their previous fixture and are favourites going into this match even though the away club are still unbeaten.

In the penultimate game of the weekend, Hallelujah Zebra Force will try and stop the lethal attacking force that is Luso Africa at 14h00. The match will take place at Hattingh Park with both sides looking to come away with some sort of result.

The final fixture of the weekend sees sixth placed Springs Home Sweepers FC taking on VUT FC at Kwathema Stadium at 15h00. The match is set to be a battle of attrition between two hard-nosed sides with solid defences.

Match-day five in the Gauteng Sasol League is set to be another mouth-watering affair with eight action-packed fixtures featuring a plethora of young female talent.

Photo 1 Caption: The Sasol Women’s League has returned for the 2021 season with a bang, following a frustrating year in the Covid wilderness. Photo: SAFA website