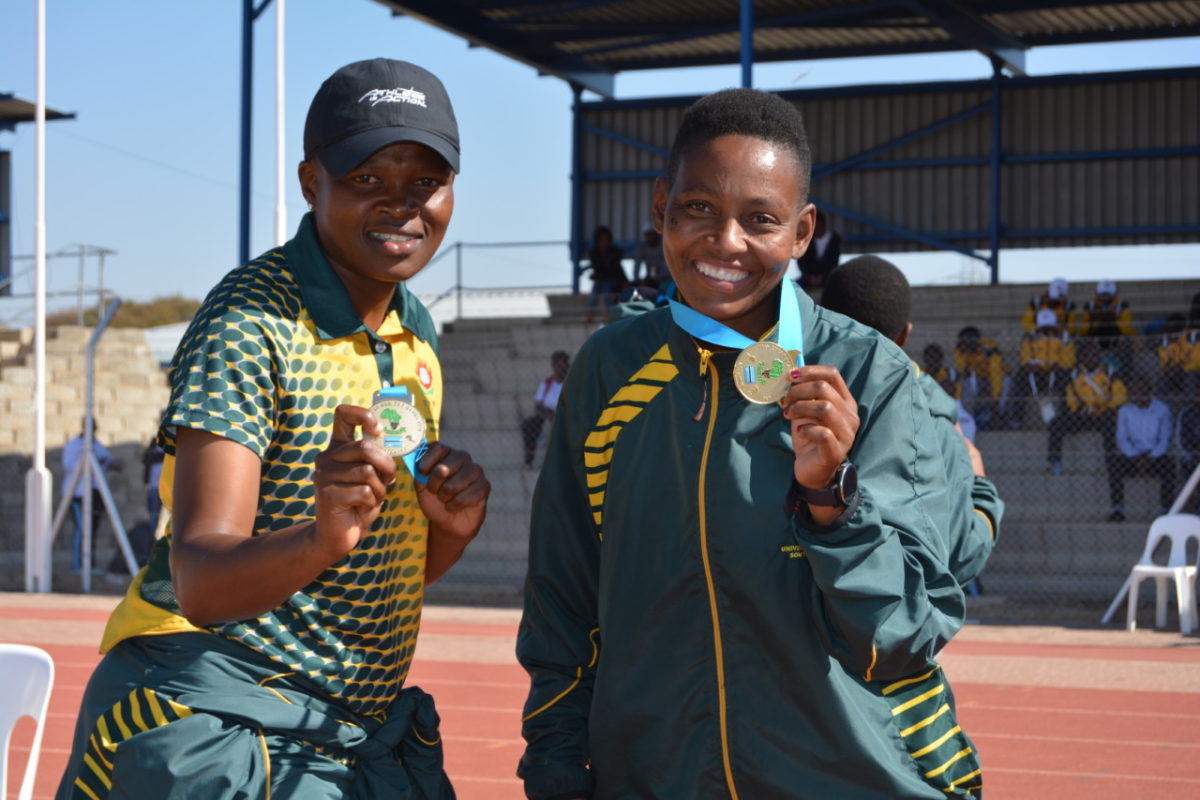 Coach Jabulile Baloyi has dedicated her life to women’s football, from being the Head Coach of the women’s first team at University of Johannesburg (UJ) to guiding Team South Africa in pursuit to win gold at the upcoming Napoli 2019 Summer Universiade, which will take place in the southwestern Italian coastal city from 3-14 July.

Baloyi’s keen interest in football started from a very young age, having played in her youth and retiring to further her studies. She could not see herself doing something that didn’t involve football.

“Someone wise once said that football is like a drug…

My love for football drew me back into pursuing coaching, I got a call in 2011 from Witwatersrand University to be an assistant coach and after that I never looked back because of the passion I have for the development of women’s football,” recalled Baloyi.

Her journey as the university head coach started in February 2017 where she had 5 months to prepare for the USSA club championships. Due to senior players leaving, she had to reshuffle the team. “The first mission was to get a team that can compete at the highest level. In our first year as a technical team we were able to achieve 4th place. We were also named the team of the tournament that shows how unfortunate we were to be knocked out in the semi-finals because we just wanted to see ourselves in the top two,” she said.

Baloyi then guided her team into the finals of Varsity Football which unfortunately ended in defeat. However, her never give up attitude eventually took her to the top. Taking that spirit into the following year,

Baloyi became the first female coach to win the USSA National Club Championship that was held in Port Elizabeth in June 2018 with her UJ side.

“We were the first team to qualify to play in the national league which was a great achievement for the entire team. We continue to look for talent and experience so that we compete in this national league. We want to show that UJ as a brand has immense talent when it comes to football, especially women’s football,” she said.

Coaching with USSA since 2016, Baloyi has won Confederation of University and College Sports Association (CUCSA) twice and has led her team to gold at the Region 5 Games with SASCO. On the international front, the Baloyi-led USSA team finished fourth at the Taipei 2017 Summer Universiade.

Baloyi and her team are now looking forward to the challenge of going to Italy at the next edition of the event and trying to reach the podium in 2019.

Finding new players that have recently come into the university system and have never played in tournaments of this magnitude poses a slight difficulty for the coach.

However she notes that, “As a technical team, we have to come up with a way to push the players and have them realize that the Universiade is like the World Cup of student games. In a World Cup, you have to be on your toes. You don’t just go there by merit, you go there because you are capable and you have the will to want to win.”

She has coached a number of players from those attending the u/17 World Cup to the SASOL National Club Championship and the Universiade. When asked how important it is to instill a winning mentality into her players, Baloyi had the knowledge to answer as a well-seasoned professional:

“It is very important to instill a winning mentality into my players but as a coach you can only do so much, it needs to come from the players themselves.” – Jabulile Baloyi, head coach of the University of Johannesburg’s senior women’s football team

“I always say to them, if I decide to play football that means I enjoy football and if I enjoy what I am doing I am going to put my 110% effort into it,” said Baloyi.

“When you do that it is only fair for the universe to repay you by winning. So for me that is my holistic overview, you push yourself, you do better and if you still enjoy what you are doing then winning comes naturally to you that is how I motivate the players.”

Brazil were crowned champions in Taipei 2017 and Baloyi names them as one of her team’s biggest competitors.

“I am definitely looking forward to going to the 2019 Summer Universiade and our biggest competitors would be Brazil, Japan and Russia. We had Russia and Japan in our group in 2017 and we did not do that well against them so I think those would be the top 3 teams that would give us a challenge,” said the assistant coach.

South Africa was drawn in Pool A, alongside Canada and People’s Republic of Korea.

Having witnessed Banyana Banyana qualifying for their first ever World Cup, Baloyi suggests that women’s football in South Africa is on an upward rise.

“Firstly this means women’s football gets recognition, for qualifying for the World Cup it says ‘Hello, we are here and we are not going anywhere’ in terms of women’s football and pay attention to us, nurture us.”

“We can achieve more than what we are achieving right now, just like our male counterparts.” – Jabulile Baloyi is also assistant coach of the University Sport South Africa women’s football team

Look for Amanda Mthandi, one of UJ’s own, to shine on the football pitch in the southern Italian city. Baloyi stated that her hopes were that Mthandi gets playing time so that the country can see her abilities and impact that she could bring into the team and with patience she knows she will succeed. 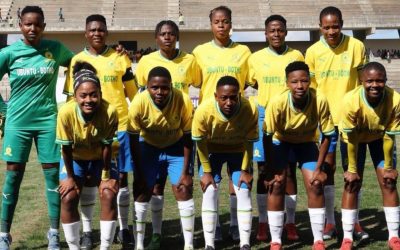 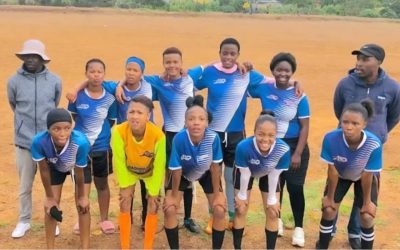 Super Strikers Ladies got back to winning ways thrashing Schoemansdal Young Stars in Stream B of the Mpumalanga Sasol League on Sunday.
#GoGirls 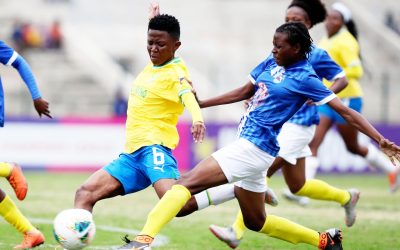 Mamelodi Sundowns Ladies off to a spectacular start, thumping Costa do Sol 8-1, as they look to defend their COSAFA Women’s Champions League title.
#GoGirls