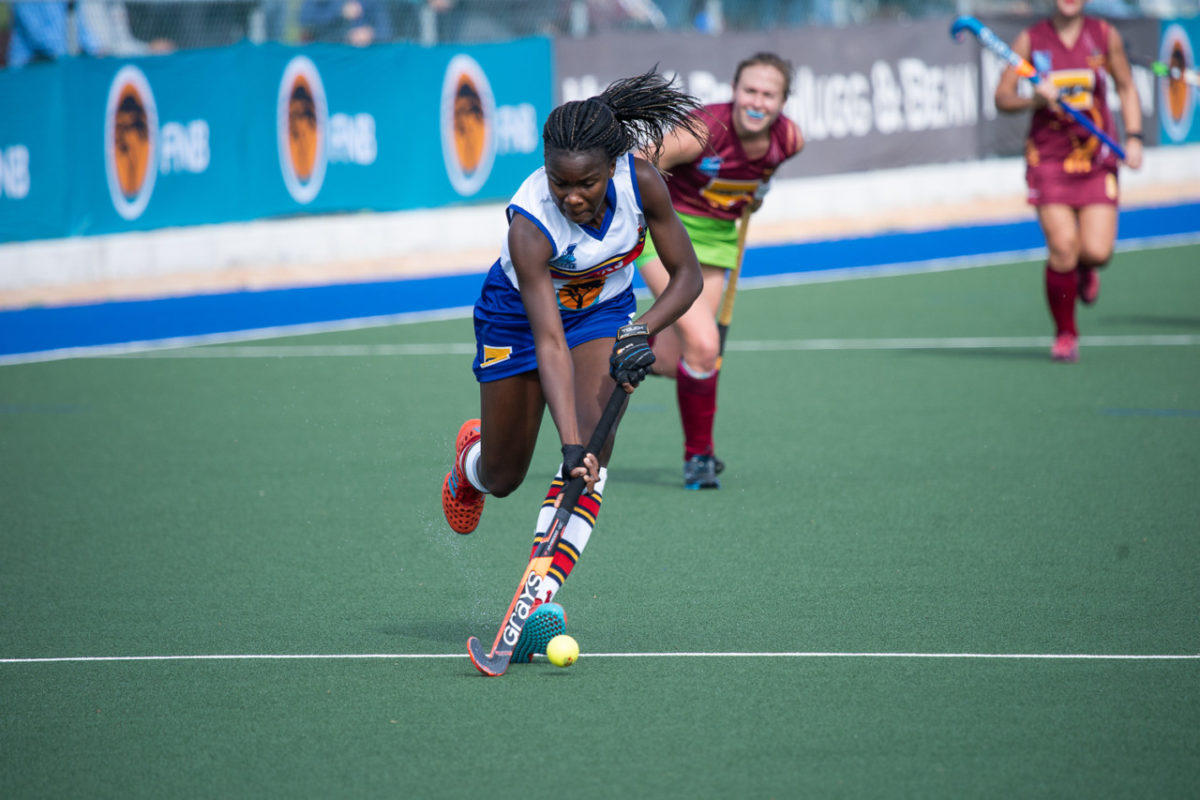 FNB Varsity Hockey Player of the Tournament Tuks striker Onthatile Zulu wants to use the accolade to propel herself to the highest echelons of South African hockey.

It wasn’t Tuks’ finest Varsity Hockey series with the ladies from the Jacaranda City crashing out the competition in semi-finals losing 7-5 to Maties. But coach Inky Zondi will take solace in that the player of the tournament was his striker Zulu.

The BCom business management student was a vital part of her team’s run to the semi-finals. She was ecstatic to receive the coveted award.

“To be honest I’m really shocked to win the FNB player of the tournament. I really didn’t expect it, me out of all people. I’ve been working really hard to try improving little things and I guess this is a sense of reassurance to me, that’s what I’m doing is working and I should keep going. It’s keeps me motivated and I’m so delighted and grateful for this award. I can only get better from now.”

After excelling in Varsity Hockey, Zulu believes it would be an honour to represent South Africa but is also very serious about her academics.

“I am looking at pursuing a professional career in hockey and playing for my country would be an honour. On the other hand, it’s also important for me to finish my degree and find a job in order for me to be financially independent.”

On her team’s performance, the striker believes the team performed well despite some hiccups.

“The team started off quite badly and we all had no idea why, we followed a process that we were all aware of but it just wasn’t working out. The second weekend we did a lot better and we were able to finish the week off with four wins which just put us in the semi-finals, and I can’t express how excited I was. We obviously would have wanted to make it through to the final, but it wasn’t our day. It was my first Varsity Hockey and I can wholeheartedly say that I enjoyed playing alongside my sisters in the stripe.”

Zulu heaped praise on the competitiveness of Varsity Hockey.

“This is my first year at Varsity Hockey, and I can say that this tournament has been one of the most challenging and most competitive tournaments I’ve ever been to in my life. A lot of tournaments I participated in, were not on the same calibre as Varsity Hockey.

“The rules that make the games even more spicy and exciting. Now I know how it feels like and what it takes to compete with the best of the best.”