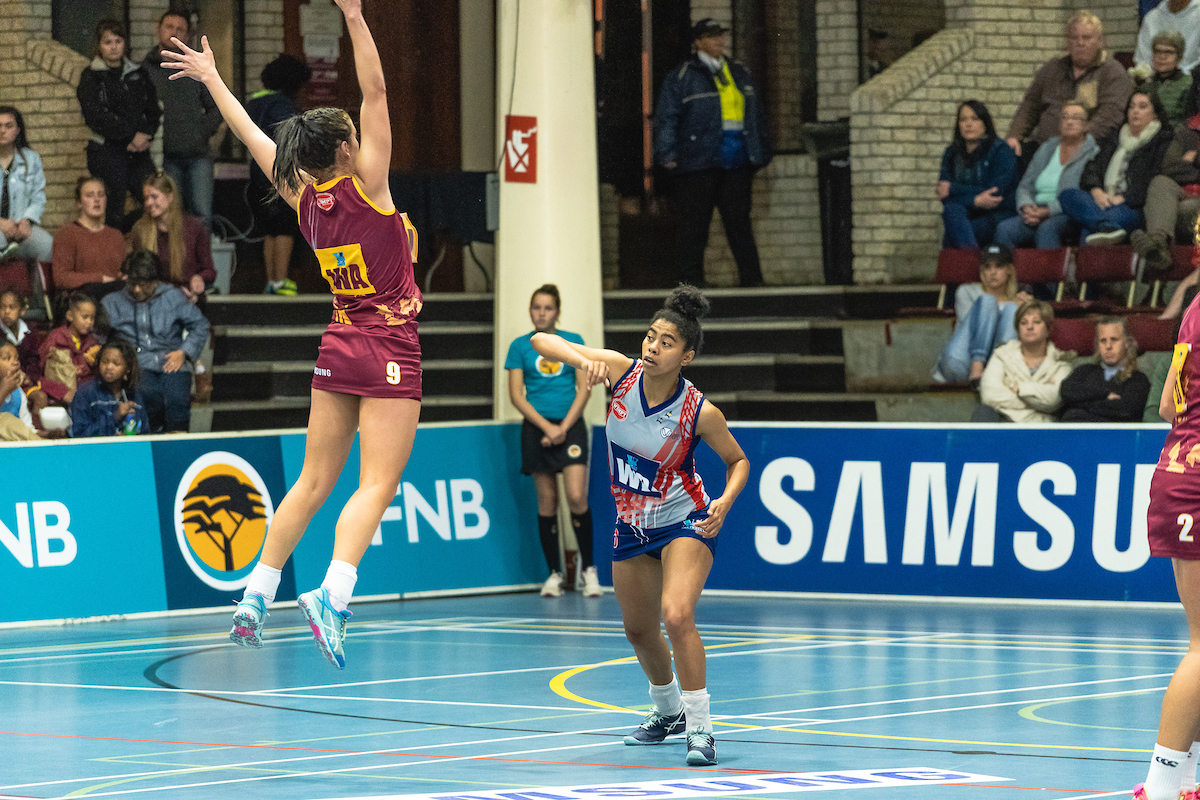 The visiting Kovsies weathered a late storm from the Maties as they won 59-56 on Monday at the Coetzenburg Indoor Centre.

The opening quarter was very close, as the Maties led 13-9 before Kovsies equalized with the last score of the quarter, making it 13-13. Kovsies had the first score after play resumed and again it was all square at 19-19 before the ladies from Bloemfontein opened a slight gap to make it 27-22 at the break.

Kovsies used the power play very well to leap to a big 12-point led after the break and led by more than 10 goals for the majority of the quarter, only for Maties to score two late goals to make it 46-37 going into the last stretch.

Kovsies captured their bonus-point for scoring 50 goals shortly thereafter and Maties were staring down the barrel of not only a big loss, but also not getting anything from the result. At 52-43 the Maties rallied and scored five successive goals to breathe some life into the match. The maroon machine continued to pressure Kovsies and at 55-50 the last power play came into effect due to only two minutes being left on the clock.

Both teams threw everything they had into the last few moments, but when the final whistle went it was the Kovsies who emerged victorious. Maties collected two bonus-points and stand in second place on the log, while Kovsies return to the summit. Maties travel to Port Elizabeth to battle Madibaz while Kovsies host NWU, with both teams wanting to record a win before they go into the semi-finals.