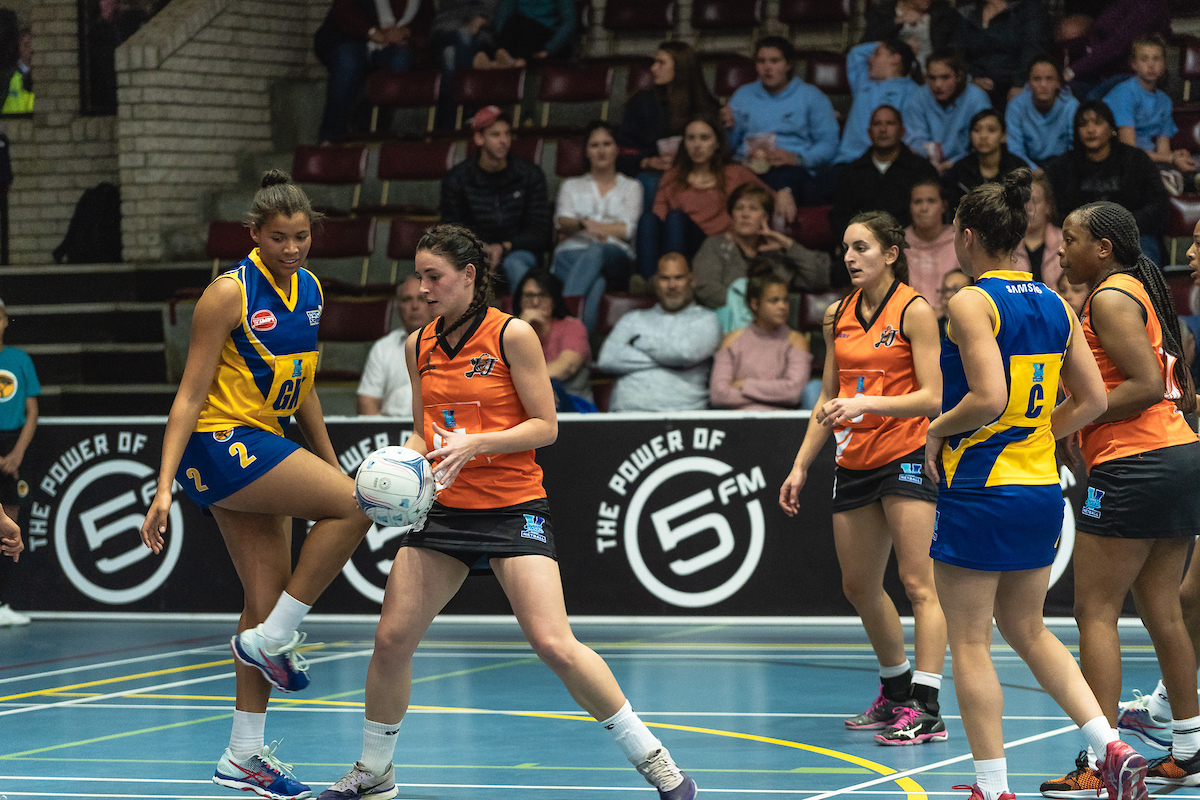 UWC left it late but managed to record their second successive victory of the 2018 Varsity Netball season when they edged UJ 58-56 in an epic tussle at the Coetzenburg Indoor Centre.

It was the team from Johannesburg who started the stronger of the two, first leading 11-8 before ending the quarter at 15-10. UWC were first to score after play resumed but UJ kept control of the ball and kept UWC from narrowing the gap, and pulled ahead slightly to lead 30-23 at halftime.

UWC must have had an inspirational speech from coach Janine du Toit as they rallied hard after the break, clawing back from a five-goal deficit to draw level at 41-41. A power play earlier in the quarter had little effect but when UWC went ahead at 42-41 their fans nearly raised the roof at Coetzenburg. UJ pulled one back to make it 42-42 going into the last quarter and both teams knew that they had on opportunity to win the match.

The last power play was also unable to help one of the teams pull ahead and it was an almighty tussle that saw them trade the lead numerous times, and then being deadlocked at 55-55 going into the last few moments of the match. Three goals by the impressive Jaumbuaije Zauana saw UWC pull ahead and despite some late heroics by Kim-Roche Holmes the final whistle saw UWC win 58-56.

UJ finish their season at home when they host VUT while UWC will travel to Pretoria to face a surging Tuks.