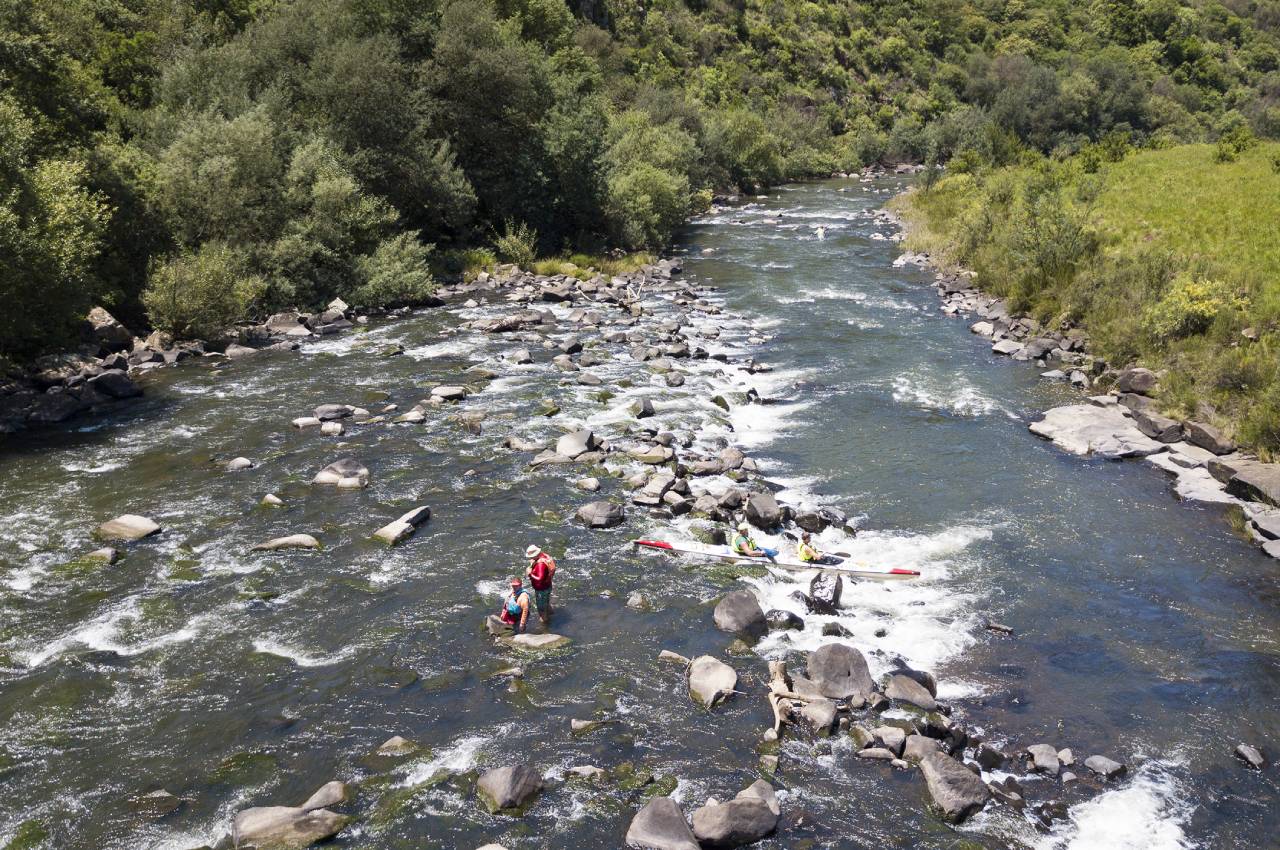 Jenna Ward paddled victory in the 2020 N3TC Drak Challenge in partnership with FNB on Sunday, 2 February 2020 in the Underberg classic, to earn her second title.

Ward was impressive in not making any mistakes in the myriad of rapids littered with rocks, made technically difficult by the low river conditions.

“It feels unreal to have had two flawless days!” she said.

Behind her however the race’s most notable performance came from Bridgitte Hartley. After a nightmarish first stage that left her a distant sixth, she decided to stage a herculean solo charge, arguably fuelled by her frustration from the first stage.

Leaving everything out on the water she posted the fastest time in the women’s race on the final stage by five minutes to blitz onto the podium and claim third from Tamika Haw.

The event was well supported by a huge field of paddlers who enjoyed the weekend filled with activities under the umbrella of the FNB Drak Adventure Weekend.

More information can be found at www.drakadventure.co.za