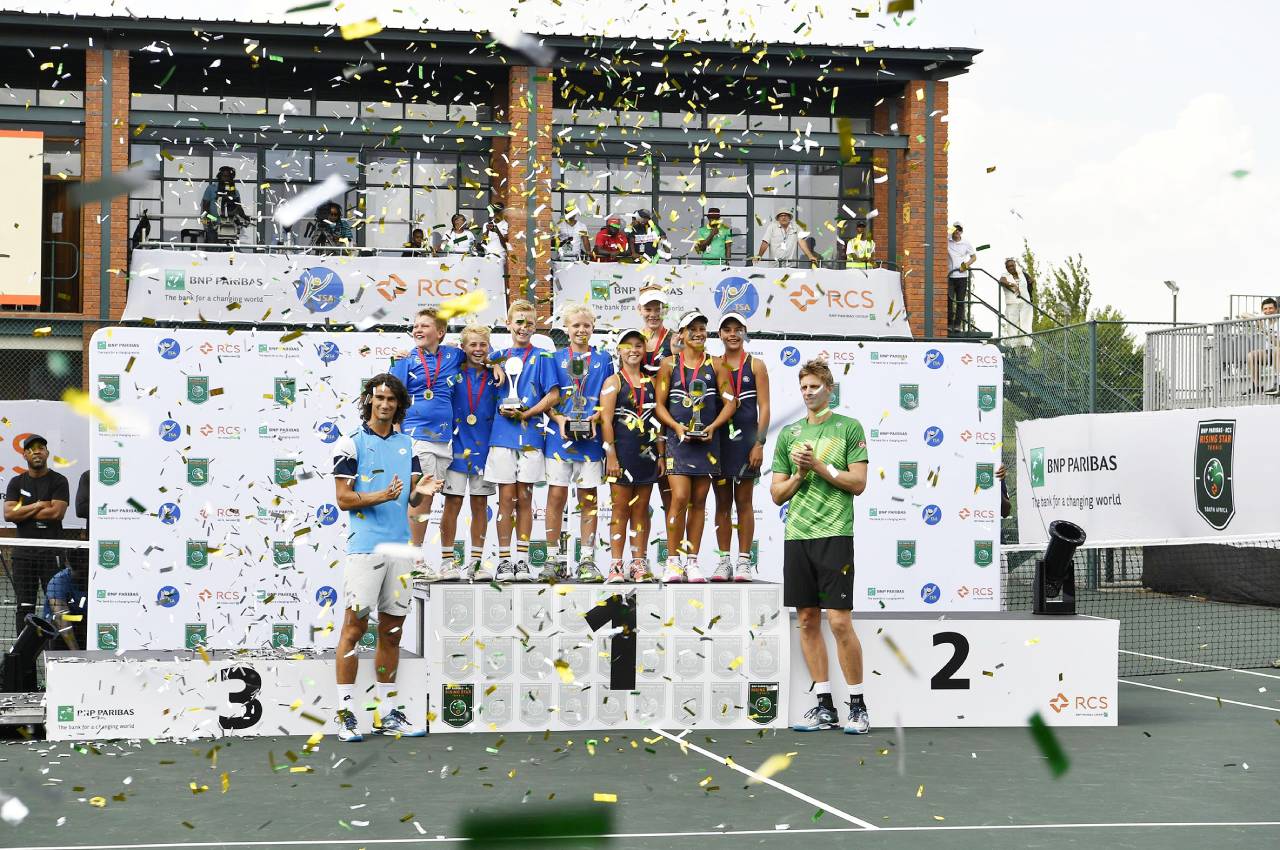 While champions were crowned and matches were won, it was a victorious day all-round for South African tennis, as the BNP Paribas RCS Rising Star Tennis finals came to a spectacular close at the Arthur Ashe Tennis Centre in Soweto on Sunday, 2 February 2020.

In the BNP Paribas RCS Rising Star Tennis finals, the culmination of a seven-month competition involving more than 360 schools across the country, Oranje Meisieskool emerged as champions in the girls’ division.

Oranje Meisieskool beat De Hoop in the final. The eventual winners defeated Willem Postma to progress from the semifinals, while De Hoop had edged out Aliwal North.

“I’m excited about what we saw this weekend,” said RCS CEO Regan Adams.

“This required several months of planning and to see it culminating in this proudly South African tennis weekend, with this finale today and seeing the talent these kids have, has been amazing.”

With the likes of Bafana Bafana midfielder Dean Furman turning out to watch, and the Soweto Gospel Choir entertaining spectators, BNP Paribas South Africa Group CEO Vikas Khandelwal was delighted with the outcome of the festival, which included a successful development tennis clinic.

“We’ve seen incredible talent on the court this week, and it has been great having Kevin and Lloyd here,” said Khandelwal.

“I think the kids of South Africa can really learn from these guys, who have gone through a lot of struggles in order to inspire many people back home.”