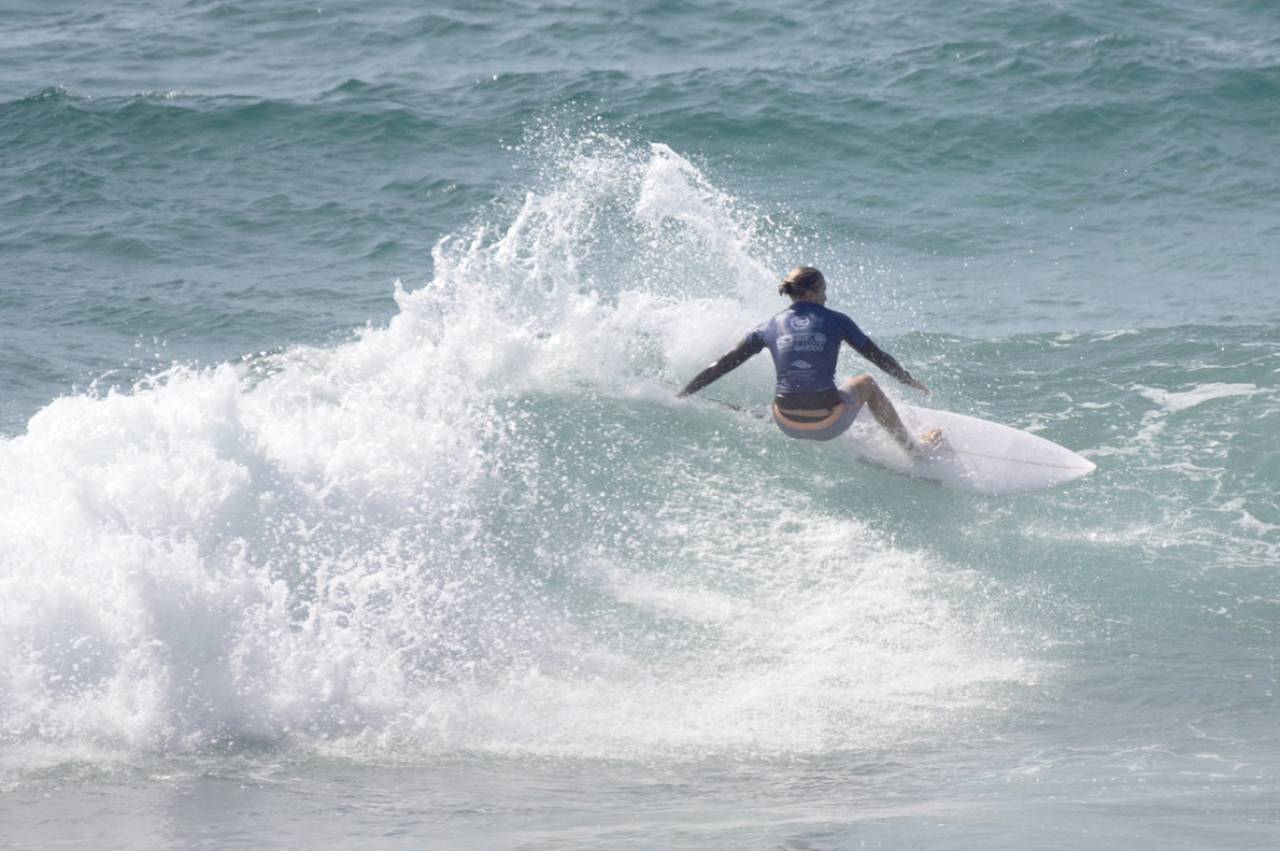 The former Durban local, who is based in Newcastle, NSW, Australia, started her 2020 QS campaign on a high note, claiming victory over Carly Shanahan (AUS).

Baum struck early in the heat with a decent opening ride of 6.00 points (out of a possible 10). While time was running out, she struggled to find a solid backup score until the last few minutes when she banked a 6.75 ride to gain the upper hand against runner-up Shanahan.

Baum put on the same display of surfing that has seen her win two previous QS events, nailing a handful of traditional snaps and carves to finish the heat with a respectable 12.75 two-wave heat total (out of 20).

“This will give me the momentum to build towards some decent results into the bigger rated events.” – South African surfer, Sarah Baum.

“This is my third victory on the QS and each one feels better and better. Hopefully, this will give me the momentum to build towards some decent results into the bigger rated events,” said Baum.

“My whole tactic out there was to stay busy in the line-up as there were quite a lot of waves that you couldn’t tell if they were going to run or not. The conditions definitely slowed down in the final, but I was lucky to get those two six-point rides that gave me the edge.”

Runner-up Shanahan posted her best WSL result to date, coming second to Baum. Shanahan showed moments of brilliance in her heat but was unable to find the required excellent 8.85 wave score needed to steal Baum’s lead.

“It was epic to share a heat with Sarah, she’s such a good surfer and has won a handful of QS events in the past, so to share a final with her was awesome.”