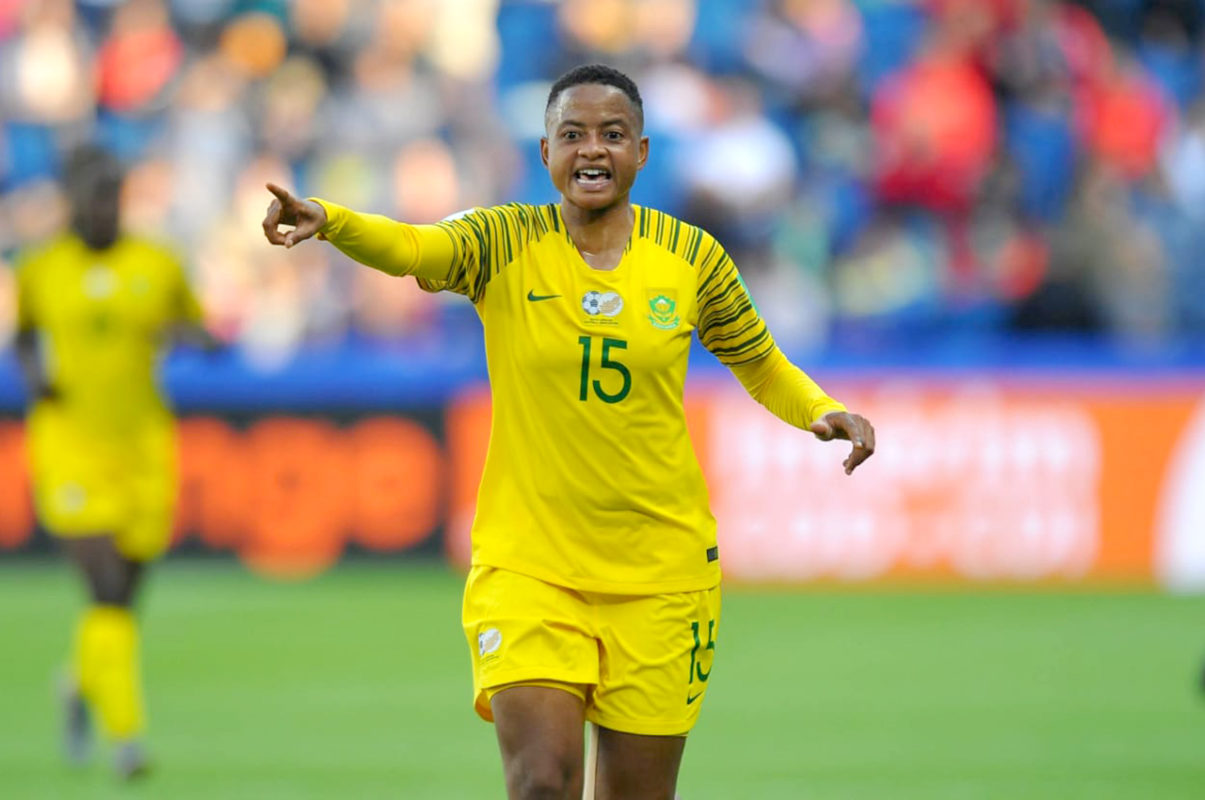 On Sunday, 11 August, 2019, Banyana Banyana defended their COSAFA Women’s Championship title for their third consecutive win – and a sixth trophy overall – when they beat Zambia 1-0 at the Wolfson Stadium in Port Elizabeth on Sunday.

The team’s captain, Refiloe Jane has had an impressive campaign, with five goals to add to her name.

“We knew that it was going to be the third time in a row, so that was going to make the trophy stay here and we did that, so everyone is happy and we are looking forward to what lies ahead,” she added.

Talking about the final match against Zambia, Jane did not shy away from the fact that the match was a tough encounter to tackle as the South Africans only managed to bag a goal.

A Final of Changing Strategies

“It was difficult playing Zambia in the final. They came with a strategy, we also had to strategise and at some point, we had to change our system because we felt that they were coming hard at us, so it wasn’t any easy game to play,” she emphasised.

“It’s good for us that we got a goal in the first half, so that kept us on the upper hand throughout the game and it’s good that we didn’t concede at all,” she added.

Coming into the tournament, pressure was on the shoulders of the team after being on the world stage in France at the FIFA Women’s World Cup and then coming back to defend their title on home ground.

“Banyana Banyana were in so much pressure looking at the fact that we haven’t won in a long time and we had to make sure that the lessons that we learnt at the World Cup we applied them here at home,” said Jane.

“And, looking at the fact that we were playing at home we had to make our supporters very happy.” – Banyana Banyana skipper Refiloe Jane delivering on a promise to the nation

The team were involved in five matches throughout the tournament with five different players getting the Player of the Match accolade which proved that all the players were eager to give off their best performances.

“Yes, looking at the team’s performance, we always emphasise on teamwork, so by the end of each match that we played we could see that there was a different winner from the team and that goes to show that it was a team effort throughout the games we were doing it for one another,” she said.

“Even the goals that were scored they were shared amongst the players.”

Jane, together with her teammate, Lebohang Ramalepe were the only two players in the starting line-up who had featured in last year’s final and had made the starting 11 again this time against the Zambians.

“Having to play all the matches none stop even with the previous tournament and I think we were the only two players to have played the 90 minutes, it’s never easy, it gets difficult on the body but as long as you’ve got a great team behind you everything else becomes easy,” she ended.