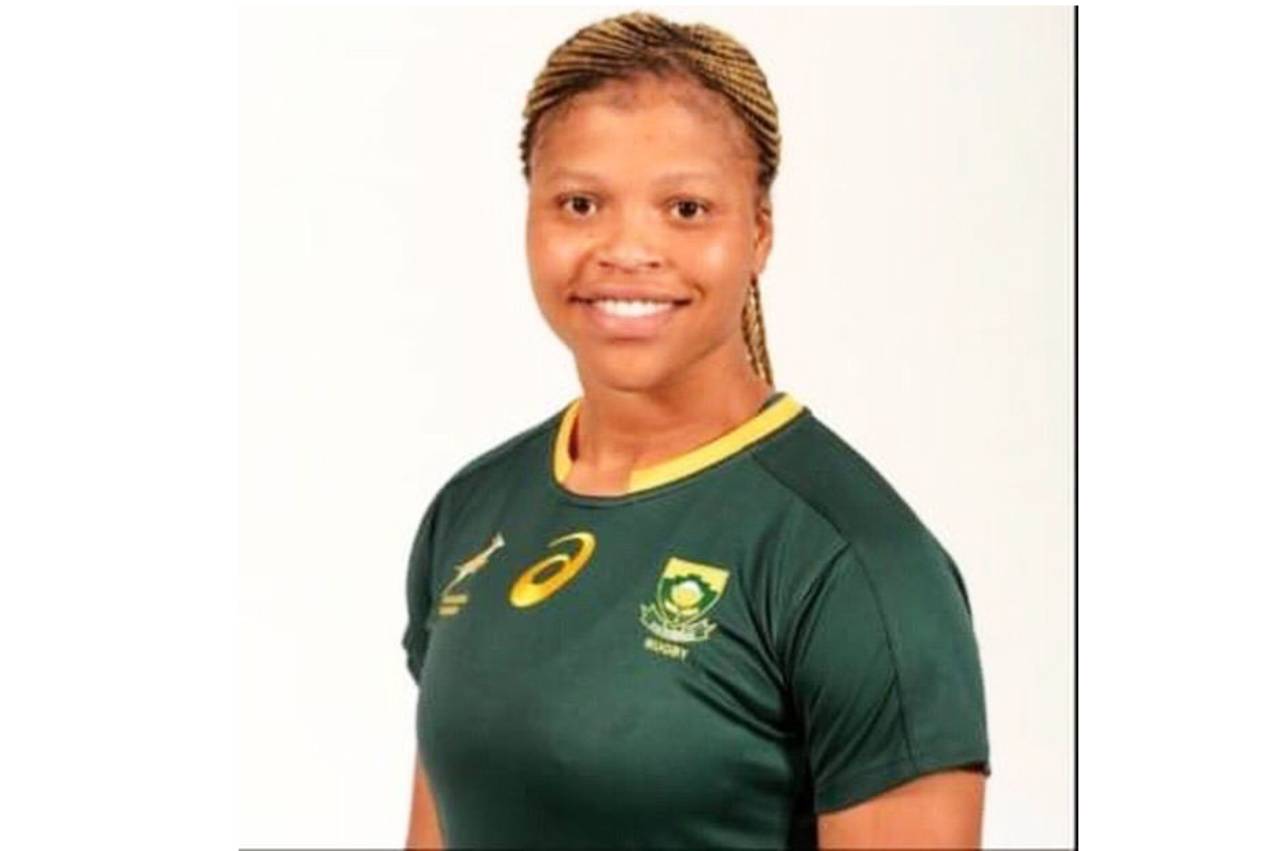 Hard-running Springbok Women’s number eight Aseza Hele is relishing every moment of representing her country in the Women’s Rugby 2021 World Cup Qualifiers, and says her dream is to remain in the set-up for several years and for rugby to continue changing her life for the better.

The talented 24-year old, who grew up in Kwadwesi Extension in Port Elizabeth, took up rugby by chance in 2014 after her netball training schedule clashed with her work commitments, and since then she has established herself as one of the star players in the Springbok Women’s team.

She is strong, quick off the mark, can make powerful bursts up-field, and she has the ability score tries, which has made her a valuable member of coach Stanley Raubenheimer’s Springbok Women’s squad.

Hele chuckles while looking back at how she started playing rugby, saying her initial reaction to the game was rather sceptical.

“I played netball for Eastern Province and the Nelson Mandela University, but due to work commitments I could no longer attend the training sessions.” – Springbok Women’s international, Aseza Hele

“I went for a run one morning at a stadium and I saw women playing rugby. The coach called me over and said I should join them, but I didn’t know a thing about rugby and had never watched the sport before,” she added.

“I trained with them anyway and had asked me to come back to training the next day. But I told the coach the sport was not for me, especially after seeing the players tackle one another.

“Needless to say, I went back and found myself returning regularly. I was then selected to play in a tournament in Middelburg in the Eastern Cape, and it was there that I was spotted by the Eastern Province Sevens coach.

“Funny enough, I didn’t even know that there was a Sevens version of the sport, and I found the training very tough. But I played anyway, and I have never looked back,” Hele said.

After developing a passion for rugby, Hele made a concerted effort to improve her fitness levels and conditioning, and while she admits that it has been a tough journey, she says it has improved her rugby tremendously.

“Fitness is vital in rugby, so I knew I had to lose weight and improve my fitness if I wanted to take my rugby seriously,” she said.

“I also learned along the way that I had to make smart choices in terms of my diet, and the eating plan I received when I was invited to train with the Springbok Women’s Sevens team certainly helped,” she continued.

“I am pleased with my fitness levels and conditioning now, as I am much more mobile, which has really helped my game. Although going forward I would like to make even bigger strides in that regard.”

Hele described the opportunity to be part of the team as “indescribable”, and said it gave her a purpose in life.

“Being in the team has really inspired me to make something of my life and to keep giving my best. It has also offered me an opportunity to inspire young children.” Hele on giving back to the game

Speaking of her future goals, Hele says: “I would like to play for the Springbok Women’s team for many years to come, and I would like this sport to keep changing my life for the better.

“It has already made a significant difference in my life because it has given me a purpose, I have travelled overseas doing what I love, and I am healthier and fitter. So, I would like to maintain that going forward.”

Commenting on the 2021 Women’s Rugby World Cup Qualifiers, Hele was confident that the Springbok Women could book their place in the international showpiece in New Zealand after they kicked off their campaign with an impressive 89-5 victory against Uganda.

The team will face Madagascar and Kenya in their remaining matches on Tuesday, 13 August, and Saturday, 17 August, respectively. The top side on the standings at the end of the three rounds of matches will book their spot in the World Cup.

“We have been working hard as a team and I believe are ready for the next few games,” said Hele. “If we play to our potential, we can certainly qualify for the 2021 Women’s Rugby World Cup, but our approach is to take it one game at a time, so our focus now is solely on the match against Madagascar,” she ended.

Photo 1 Caption: Springboks’ 24-year old Aseza Hele has become a key individual for head coach Stanley Raubenheimer’s team since her love for the game began in 2014 and will now be looking forward to helping her side qualify for the 2021 Women’s Rugby World Cup in New Zealand. Photo: @aseza_msuthukazi_hele on Instagram