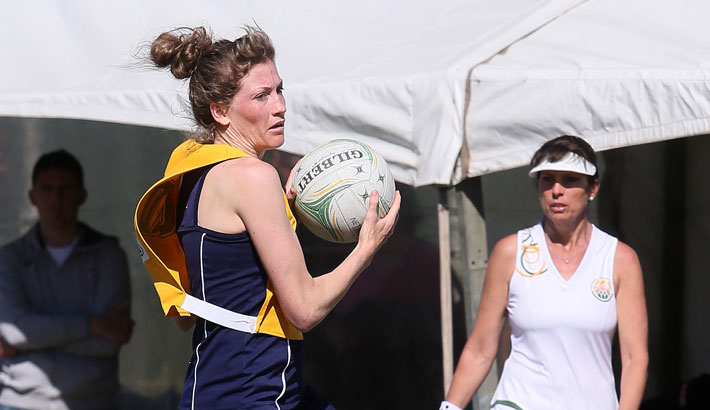 Western Cape proved that they are one of the teams to beat on the second day of the SPAR National Netball Championships, at the Hoy Park Sports Centre on Tuesday, by thumping Northern Cape 79-28 after defeating Eastern Cape 52-27 in their earlier match.

Coach Annali Lucas said they had won all their matches so far, and they would be satisfied with nothing less than a place in the top three.

“We’re taking it day by day and match by match, but if they keep on playing like they have been, I am confident that we can achieve our goals,” said Lucas.

The match of the day was undoubtedly the encounter between two top contenders, Free State and Gauteng One. Free State won by 49 goals to 47, but it was a ding-dong battle between two strong teams.

Gauteng started well and were 16-13 ahead at the end of the first quarter.  However, Free State came back strongly in the second quarter, and by halftime, had gone into a 26-21 lead.  Gauteng won the third and fourth quarters 14-12 and 12-11, but the damage had been done, and they were unable to deliver the final blow.

Both coaches made strategic changes, and spectators were treated to an exhibition of fast and exciting netball. Free State goal defence Karla Mostert showed why she is regarded as one of the best defenders in the world with some breathtaking intercepts, and the shooters on both sides were outstanding.

Free State coach Burta de Kock was very pleased with her team’s performance. “It was a good match to play on the second day of competition,” she said.

“We knew it was going to be tough, and I was pleased to see the players having to make decisions under pressure. They were able to force the other team to make mistakes, which is the way to win matches. I am very happy with our performance in the competition so far,” said De Kock.

Gauteng coach Jenny van Dyk was philosophical about the defeat. “We got off to a great start, but things went wrong in the second quarter, which is where we lost the match.

“We missed some crucial shots at goal, which you can’t afford to do. I believe we’ve got what it takes to win the tournament, and we just have to absorb the pressure,” she said.

Gauteng shrugged off the loss and went on to defeat Limpopo by a massive 83 goals to 28 in their second match of the day.  Limpopo also lost to Northern Cape, who beat them 48-37.

Defending champions North West remained on track for the final by beating KZN One 50-34 and KZN Two 69-15.  KZN Two also went down to Mpumalanga, who beat them 39-21.

In their later match, Mpumalanga were beaten 41-15 by Eastern Cape, while KZN One came back from their earlier defeat to beat Gauteng Two 60-30.

Western Cape are involved in two matches on the third day of competition on Wednesday that could have an impact on the outcome of the tournament, playing Gauteng One in the morning and Free State in the afternoon.

Photo 1 Caption: Karla Mostert (Free State A) Jumping with the ball on Tuesday on Women’s day at the Hoy Park Sports Complex when the Free-state played against Gauteng during the SPAR National Netball Championships in Durban. Photo: Reg Caldecott

Photo 2 Caption: Maryke Holtzhausen (left, Free State A) passing the ball to a team member and Jasmine Ziegelmeier (Gauteng A1) trying to stop the ball from being passed by her at the Hoy Park Sports Complex when the Free-state played against Gauteng, during the SPAR National Netball Championships in Durban. Photo: Reg Caldecott

Photo 3 Caption: Khayisa Chawane (Free State A) holding the ball from an opposing team member on Women’s Day, on Day 2 off the SPAR National Netball Championships, at the Hoy Park Sports Complex on Tuesday, when the Free-state played against Gauteng in Durban. Photo: Reg Caldecott 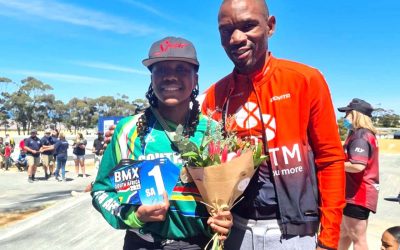