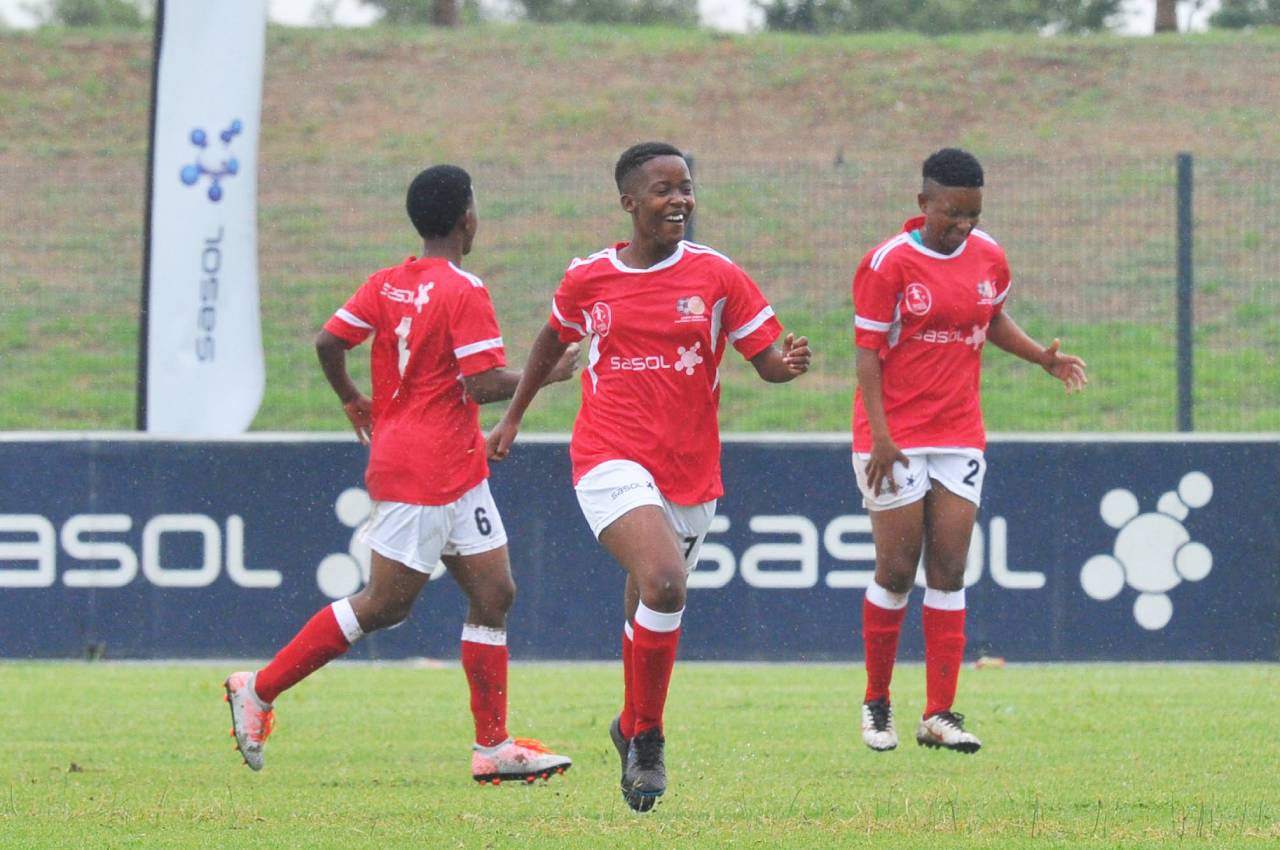 The highly contested 2019 Sasol National League Championships has already seen Eastern Cape side Executive Ladies being knocked out after conceding an astonishing 19 goals in two matches. The remaining provincial champions battled it out in the last round of the group stages matches which saw Limpopo champions Ma Indies battling it out with JVW FC.

The Gauteng Champions were rewarded with a penalty in the first half which was converted by Noma Ntsibande, however the Limpopo side took the lead and eventually won the game 2-1 after they pulled one back early in the second half through a set piece move.

JVW, however managed to go through to the semifinals as they were best runner up.

The second encounter of the day saw a thrilling eight goal battle of the Royals, Royal Wizards versus Royal Queens which saw the Northern Cape champions leading 2-0 at halftime.

The Queens played a good brand of football, managing to slot in three goals in the second half but the Wizards responded by adding three to their goal tally and eventually clinching the victory with a 5-3 score.

The final match of the day saw in-form Sunflower FC taking on newcomers Vasco Da Gama. It was a highly competitive match were both teams found it difficult to break down either defence. Da Gama were eventually the first to break the deadlock in the first half, but the KZN title holders fought back and equalised in the second half. The score ended 1-1 as both teams shared the spoils.

The top three teams were Sunflower FC, Ma Indies and Royal Wizards based on the points they accumulated.

A draw was conducted after the group stage matches to see who will be battling each other in the semi-final stage of the tournament. Sunflower FC will play against Ma Indies and Royal Wizard will play against JVW FC. The semi-finals are scheduled to take place tomorrow, Friday, 6 December, with the final taking place on Sunday, 8 December 2019.

The two finalists will earn promotion into the SAFA Women’s National League, earn a cash prize of R250 000 and the prized title of being National Champions.