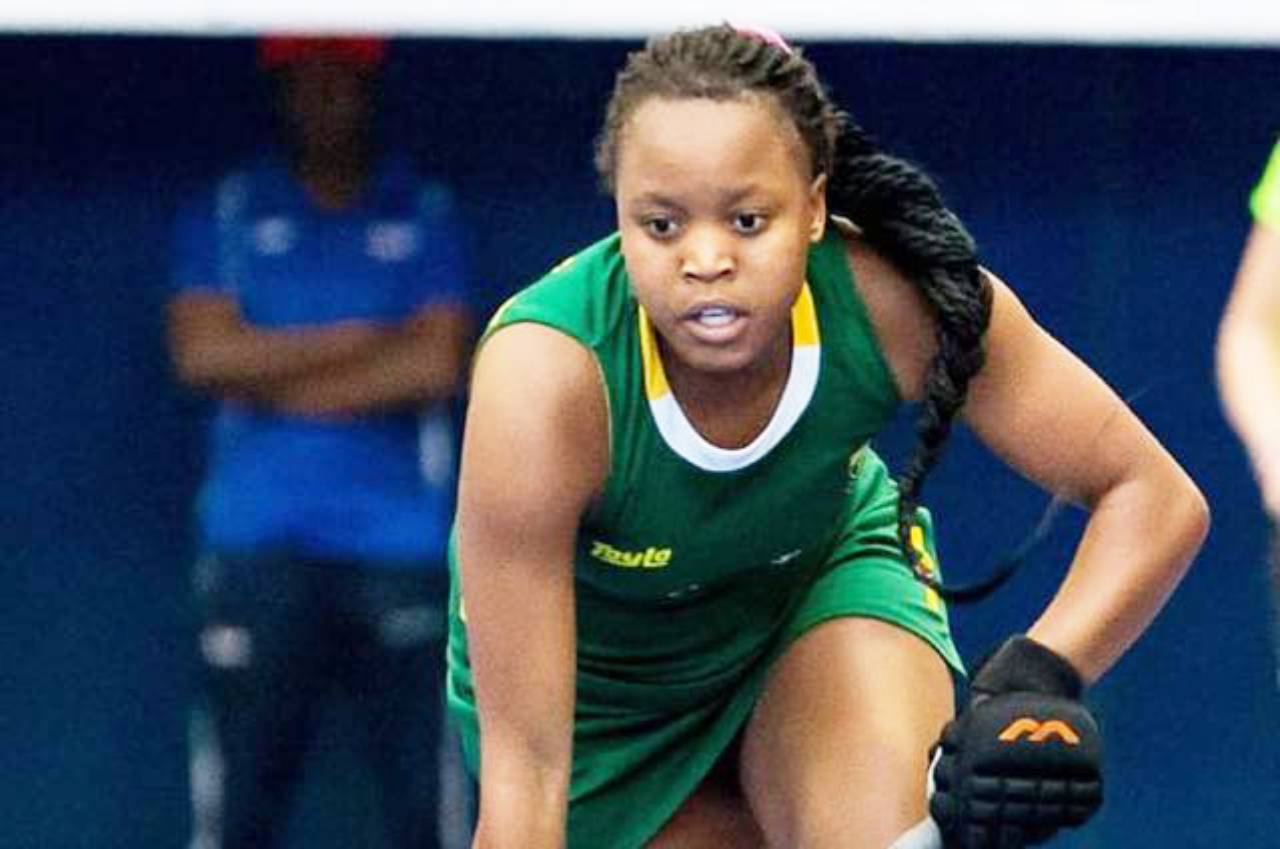 The second test of the SPAR Indoor test series between SPAR South Africa and the visiting Irish took place on Thursday, 5 December 2019, at Danville Park Girls School in Durban North. The hosts had triumphed 2-1 in a tight battle on the opening night and were looking to take a 2-0 lead before the series heads to the Pro Series Indoor Nationals in Cape Town.

David Passmore, who has created an extremely competitive side considering the lack of international action, gave international debuts to Chloe Brown and Amy Benson after they sat out the opener, while Niamh Small and Naomi Carroll sat this one out. For coach Lennie Botha he would probably have been looking for a little bit more clinical play from the South Africans in front of goal.

Jessica McMaster thought she had her first international goal early in the game when she put the ball past Cheree Greyvenstein, but the whistle had rightfully already gone for a lift in the build-up. They then relied on a bit of superb Irish luck and skill to deny Robyn Johnson a goal as Brown made a wonderful goal line clearance. The way she plucked the ball out of its route to goal was almost as unbelievable as the magic acts on America’s Got Talent. And, not long after that, Ireland really should have been ahead. Amy Benson made a wonderful run up the wing before laying off a superb ball that McMaster fired just wide.

The miss would come back to haunt them as less than 60 seconds later Edith Modikoe finished with a deft slide past Millie Regan after wonderful work from Eloise Walters. Regan did however keep the score at 1-0 with a good save from a SA penalty corner to wrap up a tense first quarter.

If the first quarter was the starter the second was merely the pallet cleanser. The game was being played tentatively in the middle of the park and both teams were struggling to but sustained periods of possession together. The biggest chances fell to the South Africans with Robyn Johnson, Cindy Hack and Kara Botes all were denied by different levels of sensational goalkeeping by Regan. Ireland will be disappointed that they didn’t take advantage of their sole penalty corner in the quarter.

The second half raised the level of hockey and the intensity and Ireland looked to be establishing a foothold in the game. Ironically it was after their own sustained period of possession that South Africa created the first chance of the half winning a penalty corner through Molikoe. Much to the frustration of Botha this one and the next were not converted and the Irish started to believe they could level. It came fantastically from Orla Patton. Caroline Adams subbed on, received the ball and found Patton open. Pattons first shot was saved by Greyvenstein but with nobody cleaning up the scraps she reacted first to the rebound to earn her first international goal.

The last ten minutes saw SPAR South Africa lay siege to the Irish defence. They worked a fantastic opportunity for Jess O’Connor in her 94th test, but her shot was agonisingly wide, before Johnson was given a half chance but couldn’t control it sufficiently. The Irish defence was standing tall, but Kara Botes stood up to be counted and fired home a wonderful PC to give SA a 2-1 lead. Botes once again showing she can be relied on in the big moments for South Africa.

Cindy Hack was denied late on before Ireland broke with a 3-on-2 but were met with the traditional bus is full save from Jess O’Connor to deny them a chance and seal the victory and a 2-0 series lead for the hosts.

The series now heads to Cape Town where the third test will be played on Saturday and will be televised on Digitv.co.za.