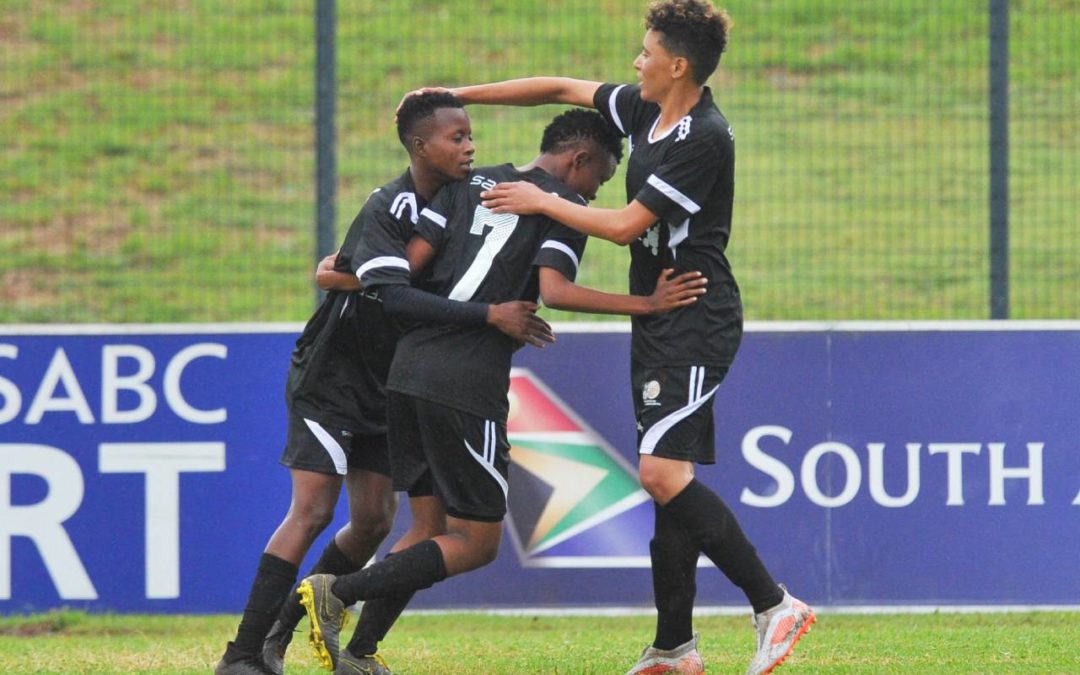 The first semifinal on Friday, 6 December 2019, saw JVW FC face off against Royal Wizards, which saw the club founded by Banyana Banyana captain, Janine van Wyk, take the lead in the ninth minute courtesy of Amanda Dlamini who went on to score a hat trick for her side.

The Gauteng title holders went into the halftime break leading 4-0 and the Northern Cape champs failed to return with an answer in the second stanza which ultimately led to JVW adding salt to the wounded Wizards by adding another astonishing six goals in the second half of the game , taking their tally to 10 -0.  Dlamini of JVW Girls was awarded the Diski Queen of the match and the Gauteng side have in addition also qualified for the National League in 2020.

The second team to book themselves a spot into the final were the Limpopo Champions Ma Indies after they defeated KZN’s Sunflower FC 2-1. The encounter was an equally contested one which saw both teams refusing to be the first to concede. The deadlock was however broken in the 20th minute when Ma Indies took the lead courtesy of Molepo Rapatsa.

Sunflower responded by scoring an equaliser in the second half, but Ma Indies applied more pressure and quickly replied by scoring a second goal which sealed the victory. They have also qualified for the National League in 2020. Lebo Ramalepe of Ma Indies was awarded the Diski Queen of the match.

Photo 1 Caption: Ma Indies players celebrate their 2-1 win over Sunflower FC in the semifinals of the Sasol National League Champs on Friday, 5 December 2019, at Tsakane stadium. Photo: @safa.net on Twitter