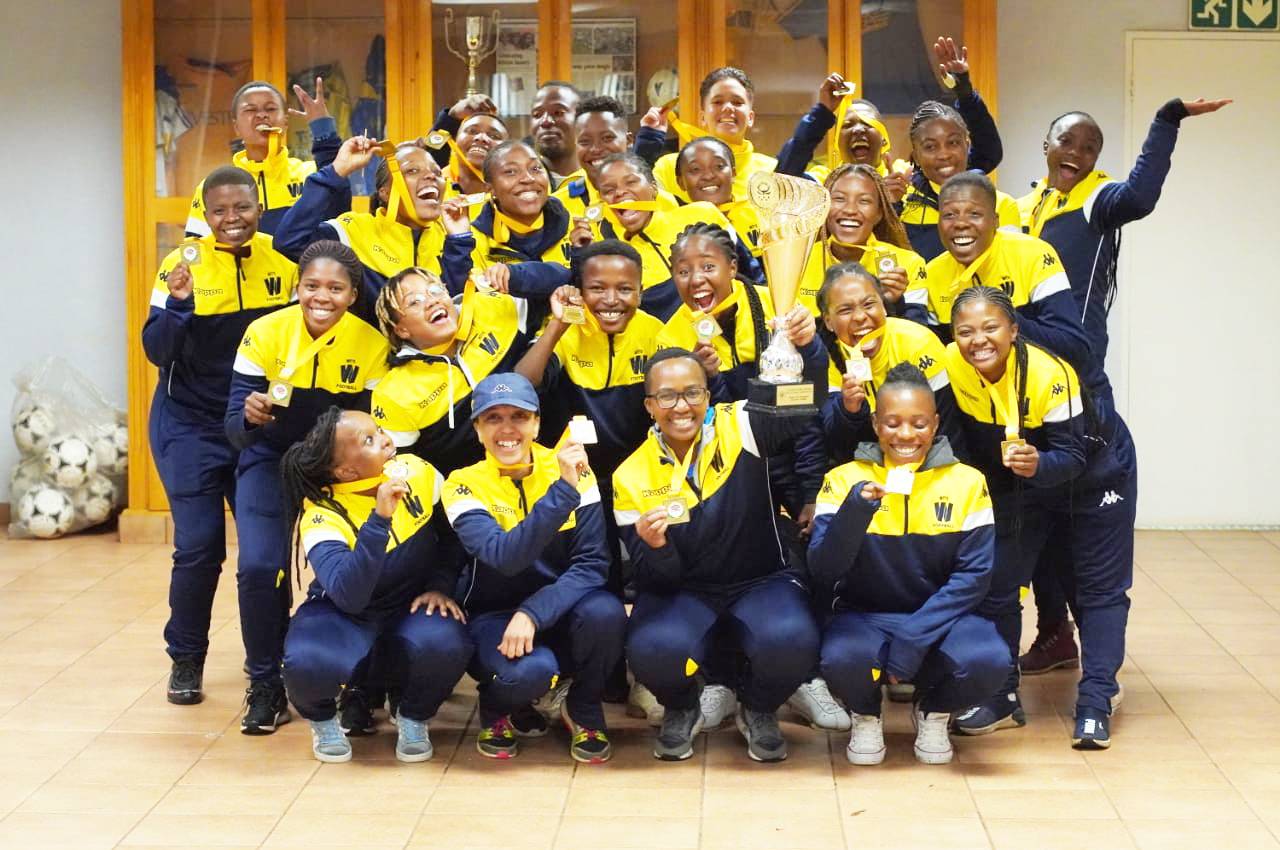 After recently finishing fifth in the Sasol League, the Wits Women’s football team finished third at this year’s USSA tournament and made history as they secured their spot in next year’s Varsity Women’s Football competition.

The Wits Women’s football team kicked off their 2019 USSA campaign when they beat Stellenbosch 4-3 in Johannesburg on Monday, 2 December 2019, and thereafter beat UKZN and NWU Vaal to qualify for next year’s Varsity Women’s Football tournament for the first time in their history. They took on NWU Potchefstroom in the quarterfinals, where they thrashed the North West side 6-2 to book their spot against UWC in the semi-finals. Unfortunately for the Clever Girls, UWC came out on top, which sent them into the third-fourth place playoffs against TUT on Friday, 6 December. It was a stalemate at the end of the 90 minutes and the match was sent to penalties, which Wits were able to win 5-4 to take home the bronze medal.

Reflecting on a momentous year for Wits, captain Thelma Thobile Mahlangu said, “It’s a great feeling and everyone is happy, players and management included. We’re glad that we managed to qualify and put the institution on the map. It wasn’t easy at all but with the help and support of the coaches and the determination of the players we have managed, and we are proud of ourselves. We have written history and have just started on another journey.

“It was every player’s dream to be part of this and on the pitch, we showed how hard we wanted it. We took one game as it came and pushed hard. And to finish third was a bonus. Teamwork brought us to where we are now,” the captain ended.

Nthabeleng ‘Dunga’ Modiko, who was been the Wits head coach since 2017, says it has been a blessing coaching the girls. Between the Sasol League and exams, Dunga says that USSA preparations were difficult as most players were unavailable due to academic commitments. Preparations for USSA began in mid-November, but the experienced Sasol League players made it easier in the mixed junior and senior team. “We gelled just before the USSA tournament, where we were able to have regular training sessions with the full squad, trying to work on tactical avenues and get the team to understand the same playing format and style.”

Coach Dunga has guided her team to a significant accomplishment with limited time, but says that, “To qualify for Varsity Women’s Football has been a milestone for us, it’s the first time ever in history. The gears were rearing from the word ‘go’, trying to study as much as we could and get as much information about our opponents in our group and prepare ourselves every evening in order to have an advantage over them.”

After a successful USSA campaign, Dunga added that, “I’m jubilant, I’m super happy because the girls didn’t just qualify in group stages, we managed to go further and unfortunately lost out to UWC in the semi-finals. It’s been a great journey for this young team; credit goes to all the young players and technical team; we have done everything possible to get here. I think the effort, hunger and desire that the team had both on and off the field was amazing. The support we have received from Wits Sport and Wits management has also been amazing.”

Congratulations to the Wits players and management, who also take home the 2019 USSA Team of the Tournament award.