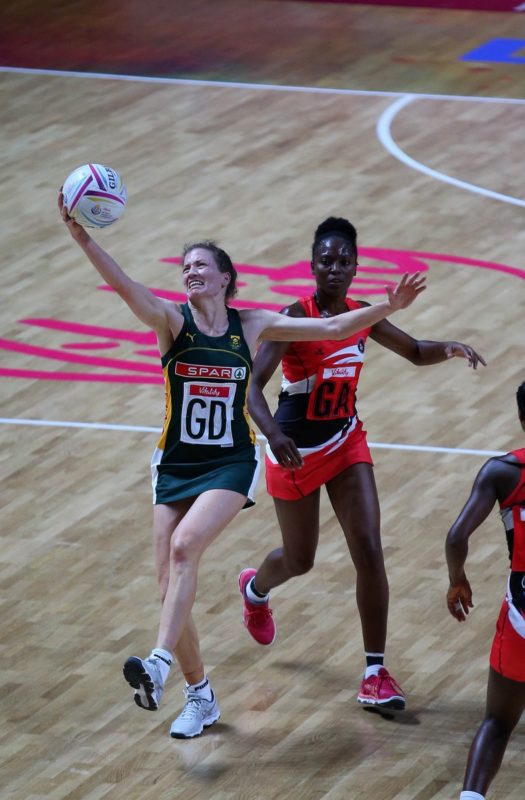 A Netball Guide for Beginners

The FIFA Women’s World Cup recently concluded. One the most amazing things about this tournament was that individuals who are not football fans dedicated their time and tuned in to watch the tournament because they understood the football basics.

In order for someone to watch a particular sport and enjoy it, they need to be familiar with the basics so they can understand the sport better.

Everyone seems to be familiar with the football basics; from positions, to fouls and so much more.

Well, this article if for those individuals who want to support the Spar Proteas but they are not sure of the Netball basics. Netball rules are not complicated, in fact they are similar to that of other “Ball Sport”.

Let’s start by looking at the Netball Positions:

GK– (Goal Keeper). This is the individual that must prevent the opposing team from scoring goals. This individual works closely with the team’s Goal Defense (GD).

GD– It tasked with winning the ball for her team and prevent the opposing team’s GA from being effective.

WD (Wing Defense) – This player is responsible for looking for interception and preventing the opposing team’s Wing Attack (WA) from making runs and receive and passing the ball.

C (Centre) – This is the link of the team. This individual take Centre passes and link the teams defense and attack. They make the most runs in order to receive and pass the ball.

WA (Wing Attack) – This player is responsible for feeding the team passes to increase their shooting opportunities.

GA (Goal Attack) – One of the only two players that can score in a Netball game. The role of GS is to feed and work with GS to score goals.

GS (Goal Shooter) – This is the individual responsible for scoring goals. As mentioned above that this player works closely with the team’s Goal Attack. They are the only two members that can score in a Netball game.

How the Game Plays Out

There are seven positions meaning that only seven players can be fielded in a Netball game. Though sometimes a minimum of 5 can also play the sport.

A game of netball, unlike football is divided into four quarters with each quarter playing for 15 minutes.

The game is controlled by two individuals who are responsible for decision making, they are known as referees in football but in Netball they are called umpires.

Netball is a non-contact sport meaning that: running with the ball and obstruction is prohibited.

In a case where the above occurs a penalty is awarded.

Penalties in netball are also awarded in cases when an infringement, stepping with the ball and wrong handling of the ball has occurred. The offending player is then asked by the umpire to stand out of play until a pass or shot has been taken.

Throw in is the same as in football, it is awarded according to which player last had contact with the ball.

There are many rules that are involved in Netball, as one watches the sport more, they get exposed to more advanced rules. However the above rules are the basics for beginners.

We hope this article will help you for the duration of the 2019 Netball World Cup.