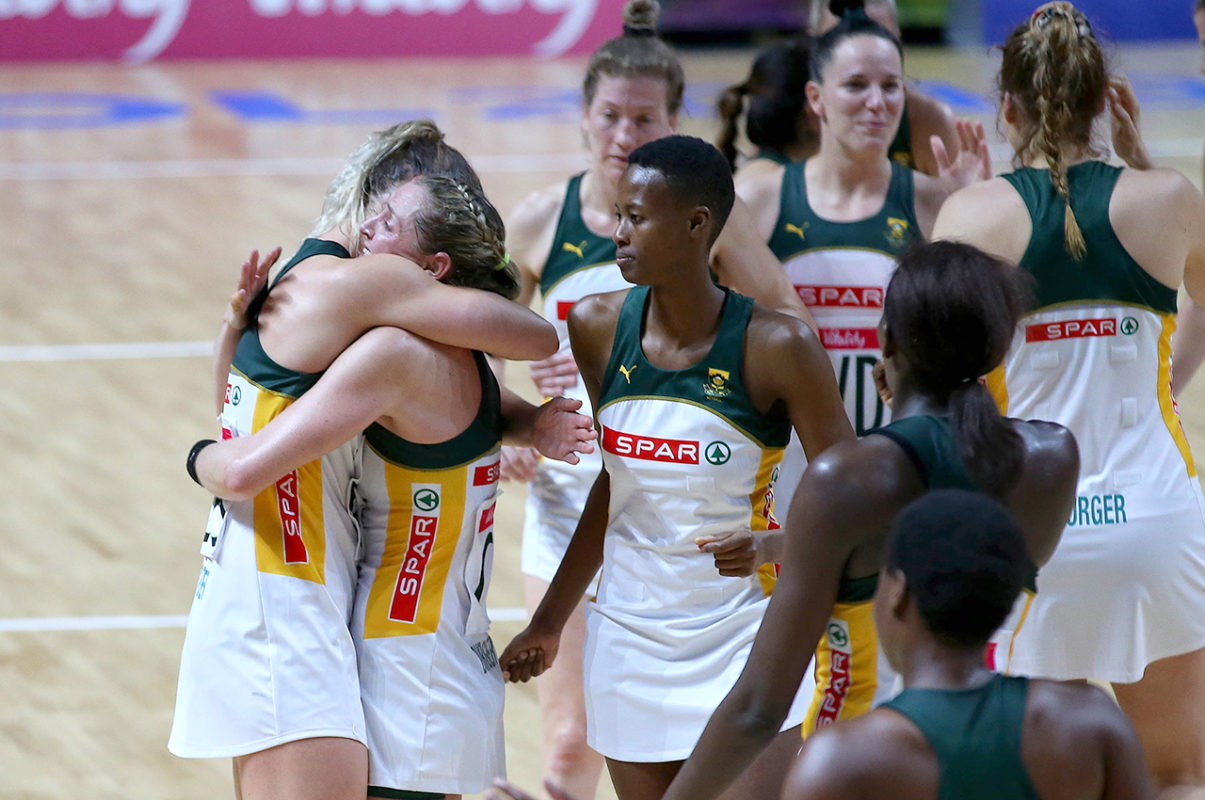 Third Straight Win as Proteas Down World No. 2 Jamaica

It was yet another smashing victory for the SPAR Proteas at the Vitality Netball World Cup in Liverpool, after successfully beating World Number Two, Jamaica.

In what was considered the game of the tournament, so far, the Proteas managed to maintain their opponents with their feisty approach. From the onset, this was tipped as one of those matches that was going to be a tightly contested affair and it certainly lived up to the spectators’ expectations, as it was an end-to-end, entertaining duel.

South Africa, who are currently ranked fifth in the world, had previously only beaten Jamaica once at a World Cup, but tonight they managed to rewrite history, with a winning score of: 55-52.

Karla Pretorius Was Rewarded for Her Efforts For SA

Goal Defender, Karla Pretorius was rewarded for her performance on the night, walking away with the Player of the Match award.