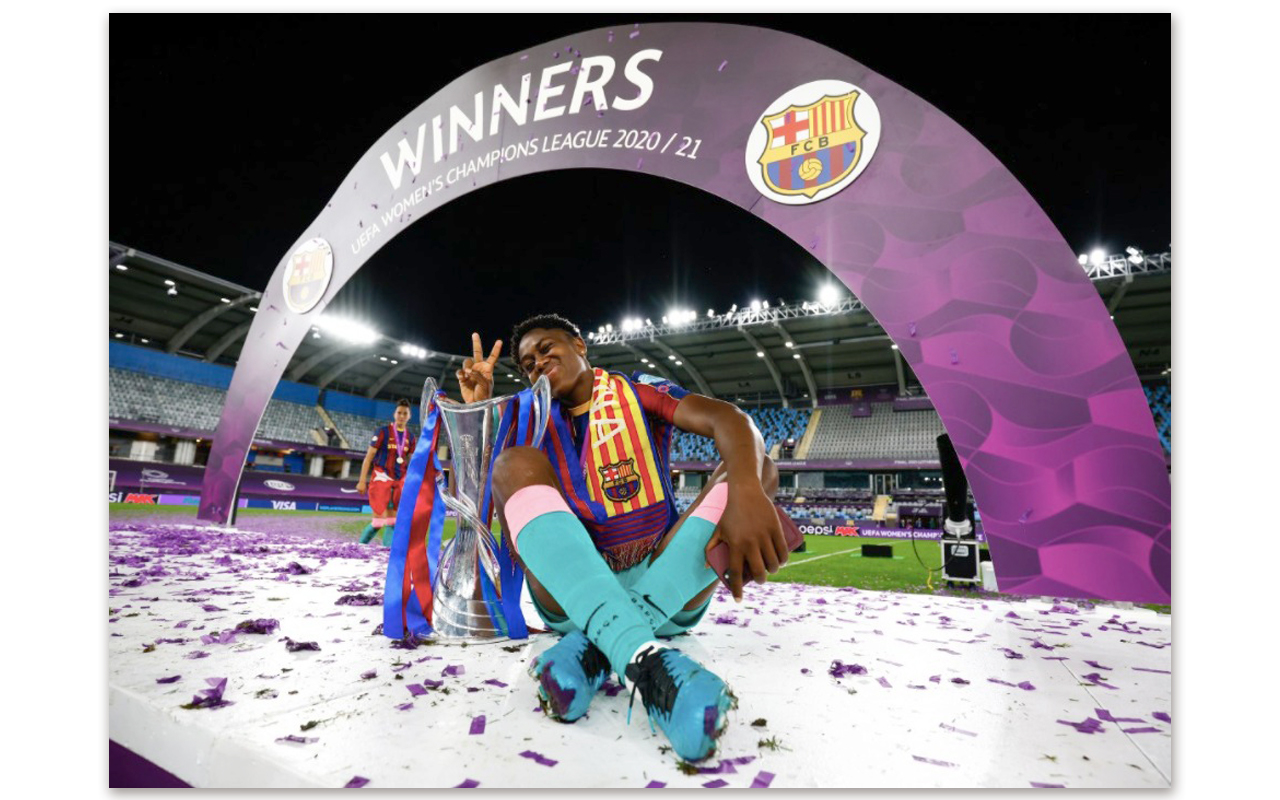 Nigeria and FC Barcelona’s football star, Asisat Oshoala, is thrilled to have made global history as she became the first African to win the UEFA Women’s Champions League.

On Sunday, 16 May 2021, the four-time African Women’s Player of the Year starred as a second-half substitute as Barcelona thumped Chelsea 4-0 in Gothenburg to earn their first Champions League title.

Speaking after the historic victory, Oshoala told BBC, “I can only thank God who has made everything possible through sheer hard work, by playing alongside this incredibly talented group that creates a lovely family atmosphere.

“It’s is a great feeling, and I can’t really put my emotions into words because it has been a tough journey to get here.

“I hope this will continue to inspire other young girls in Africa and motivate everyone around the world that you can achieve whatever you put your mind to and work hard for it.”

In 2019, the Nigerian captain obtained a notable first when she became the first African to play and score in the Women’s Champions League final as they lost 4-1 to Lyon.

“It was very important not to make the mistakes of the past but to learn from it,” revealed Oshoala as she continued to celebrate the victory.

The 26-year-old’s 15 goals for her club this season have helped Barcelona retain the Primera División crown.

Photo 1 Caption: Nigeria and FC Barcelona’s football star, Asisat Oshoala, is thrilled to have made global history as she became the first African to win the European Women’s Champions League. Photo: FCBFemeni (Twitter)