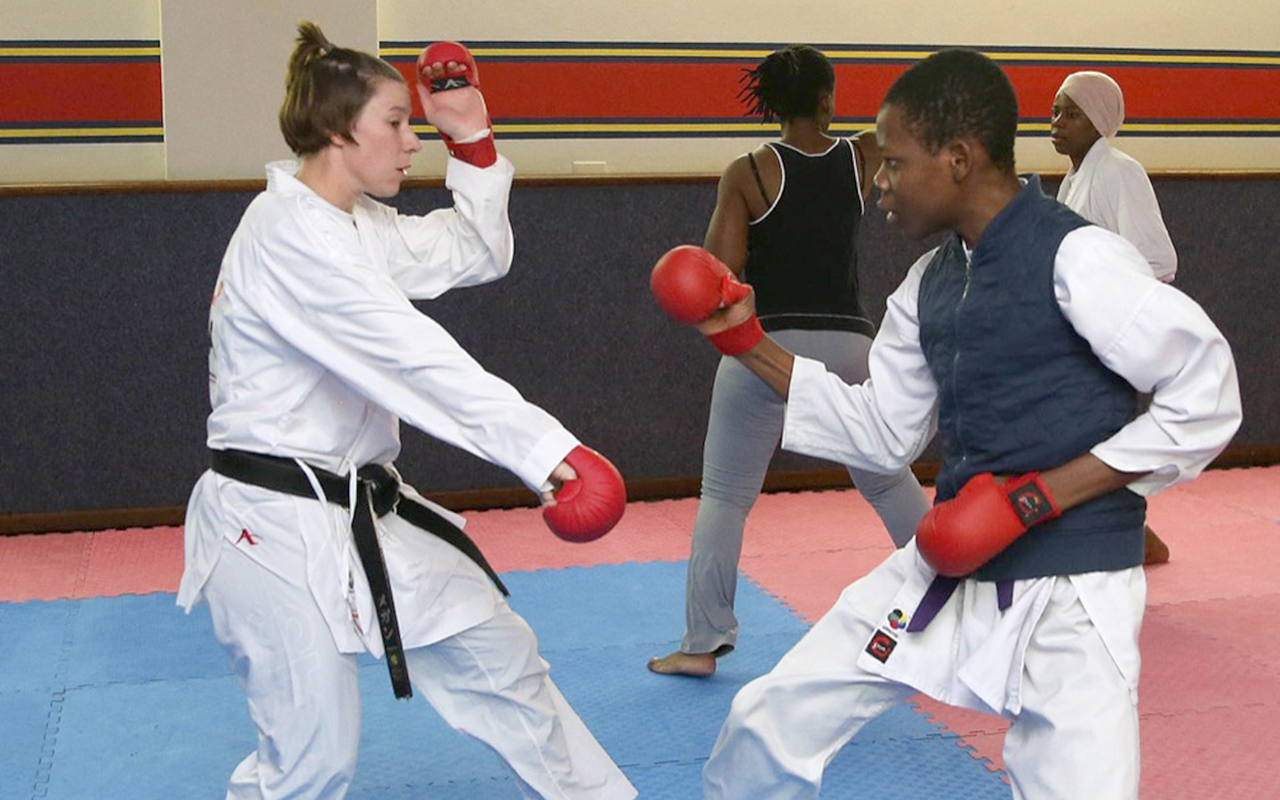 Five South African karatekas have been invited to compete at the upcoming Olympics Karate Qualification Tournament in Paris. It is the first time that karate is part of the Olympic program. Unfortunately, it could be a once-off happening. Karate won’t be part of the Paris Games.

This is the reason why Tuks’ Meghan Smit is going to give her utmost to qualify. Her biggest challenge is not honing her fighting skills. Alongside her arduous training program, she has had to sell raffle tickets to raise funds to go to Paris. It is going to cost the five karatekas R50 000 each to compete.

Smit has raised some money. If all else fails, the Tuks karateka is prepared to take out a bank loan to compete. Smit knows there are no guarantees that she will qualify. The challenge is to medal.

Why is she willing to risk so much?

“I think every athlete has that internal hope that as an underdog, you are going to be the one that will make the most of such a once in a lifetime opportunity. I guess it comes down to passion overruling logic.

“If I am honest, my quest in Paris is going to be against all odds. But I have to go for it. Competing at the Olympics has forever been my dream.” – Tokyo 2020 Olympic Games Karateka hopeful, Meghan Smit

The last time she was in action was in March last year. Smit finished fifth at the African Championships. A week later, she competed in Dubai.

“This year, I competed at SA’s and a few local tournaments. I realise that is far from ideal preparation for the Olympic Qualification Tournament. That is why I opted to train against men over the last few weeks. They are faster in their execution, so it takes me out of my comfort zone.”

Smit believes that the Covid-19 pandemic might have levelled the international playing field somewhat.

“Europeans karatekas are used to compete every second week. For the past year, they were lucky if they got to compete once a month.”

Smit is undoubtedly going to do her homework before she goes to Paris. The Europeans Karate Championships is happening this week.

“I plan to watch some of the fights on YouTube, especially of the karatekas in my weight category. It has stood me in good stead to do so. Last year I competed against a karateka from Kazakhstan who had beaten the world champion. I gave a good account of myself as I knew beforehand what her strengths and weaknesses were. I only lost 1-0.”

Photo 1 Caption: Tuks karateka Meghan Smit is training against men to toughen up for the Olympics Karate Qualification Tournament in Paris, while raising the R50,000 funding she needs to realise her lifelong Olympic dream. Photo: Supplied