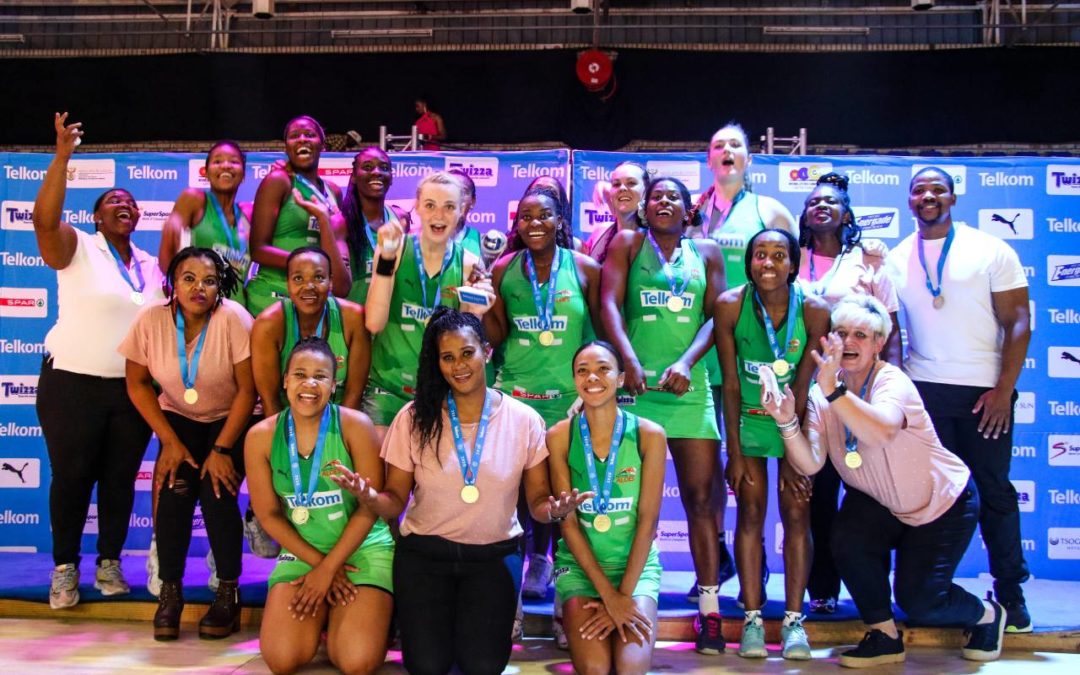 Western Cape Tornados finished third in Division B following their 45-25 victory over Mpumalanga Sunbirds in the 3rd/4th place play-off match. Tornados have had an incredible run in the tournament considering that this was their first appearance, winning seven out of ten matches during the group stage phase and finishing second on the log.

‘’We are happy, we will take the third position but that was not our goal as we would have loved to have played for the gold medal. We were very inconsistent in this tournament and consistency is key. We have got a lot to go back and work on, but we have learned a lot of lessons from this tournament,’’ Tornados coach, Danlee Matthews commented after the game.

Meanwhile, Golden Fireballs will go home with their heads up high after winning the Division A 3rd/4th place play-off 39-35 against Southern Stings. The Fireballs went from losing all their matches in last year’s edition to making it to the semi-finals this year to claim the bronze medal despite the team’s injury woes. The team boasts consummate players including the likes of SPAR Proteas captain Bongiwe Msomi, Renske Stoltz, Rome Joubert and Tshinakaho Mdau to name a few.

Fireballs player, Msomi says teamwork yielded results ,‘’There are a lot of expectations when you play for the national team, everyone expects you to create miracles. We as a team realized that it is not going to take one person for the team to do well. Fireballs have not been in this position for a while now, we were not even supposed to be in the top division, but it was because of the new teams that were included in the tournament. I have to be really proud of the team, the coaching staff and the girls who really pulled through under the circumstances.’’

In the Division B final, Eastern Cape Aloes were crowned champions after beating Kingdom Queens 35-31. It was a bittersweet day for the Queens who gave away the game in the last quarter but being able to reach a final in their first appearance is something they can be proud of. However, the Aloes won’t have enough time to relish their success as the promotion/relegation game against the Kingdom Stars awaits tomorrow afternoon at 5pm.

Aloes coach, Sameshia Esau believes focus is key going into tomorrow’s game, ‘’The game against the Kingdom Stars is not going to be easy. KZN always comes hard and they have got a good team. So obviously we have to go back and do our homework. It has been nine months without netball so the team that makes less mistakes and makes sure that they turn whatever advantage they get into a goal, is the team that will end up winning that relegation match.’’