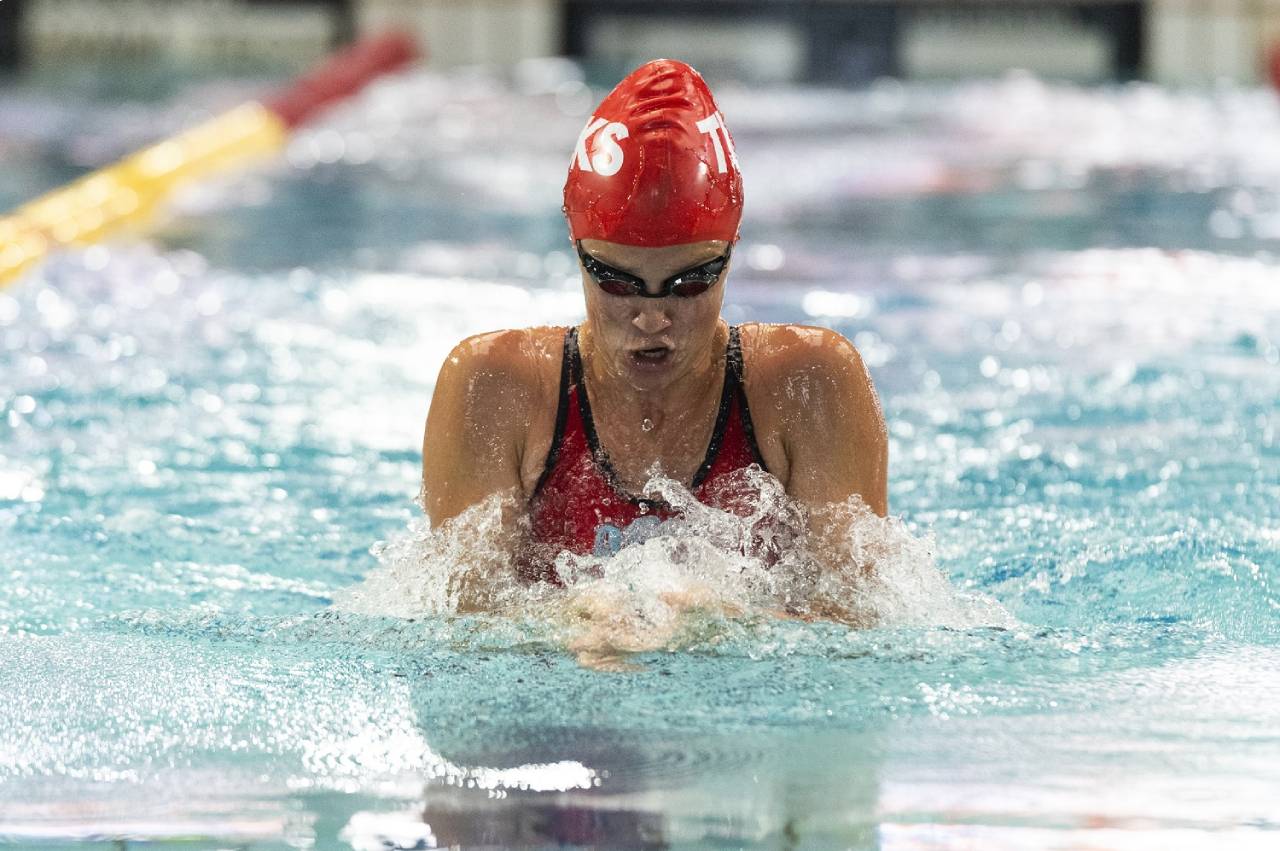 After three days of competition, South Africa’s top athletes have no plans of slowing down as the records and FINA World Championships Qualification times continue to pour in at the SA National Short Course Swimming Championships in Pietermaritzburg.

Tatjana Schoenmaker was once again in top form, adding the 200m breaststroke gold medal to her tally with a new African Record and FINA Qualification time of 2:18.02, beating her previous mark of 2:18.20.

“The improvement is small but it’s still there, which is very exciting. This is one of my best swims for this season.” said Schoenmaker.

Joining the African Record Holder on the FINA Qualification list was silver medalist in the breaststroke, Kaylene Corbett, who finished with a time of 2:22.43, while the bronze in the event was claimed by Emily Visagie in 2:25.91.

“I am very very happy, considering the situation of the season and my training. We have had to get creative with a lot of home work-outs but it has shown me how much I love swimming since I couldn’t be in the pool.” said Corbett.

Schoenmaker was not done, as she concluded the evening finals with a FINA Qualification time in the 50m breaststroke, setting a new South African Record in 30.20 ahead of Caitlin de Lange in 31.62 and Corbett in 31.75.

In the 100m individual medley, it was Aimee Canny and Rebecca Meder that scooped the FINA Qualification times.

“Going in, I didn’t expect that time and Rebecca went out hard and I tried to stay with her as long as I could and it was an amazing race.

“When I turned after the breaststroke, we were neck and neck and I sprint the freestyle, so I knew I had the win.” said Canny.

Gallagher bagged her second gold of the evening in the 50m butterfly in 26.60, with Weidemann coming in second in 27.39 and Natalie Landmann third in 27.40.