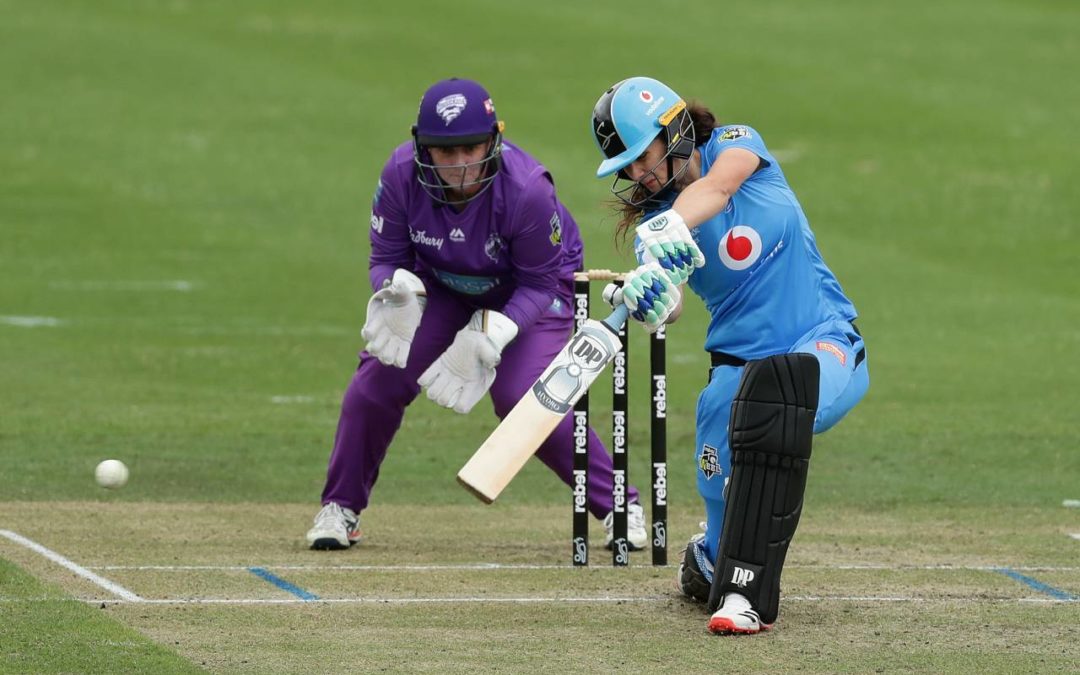 Momentum Proteas batter, Laura Wolvaardt, opened her Women’s Big Bash League (WBBL) campaign with an unbeaten 51 to help guide the Adelaide Strikers to an eight-wicket win over the Hobart Hurricanes in Sydney on Sunday, 25 October 2020.

The 21-year-old recorded her maiden WBBL half-century off 41 balls with the first 20 runs coming off her first five scoring deliveries as the Adelaide outfit chased down the 85-run target with 36 balls to spare.

“It wasn’t really my intention to hit so many boundaries so early on,” laughed Wolvaardt.

“I came in quite early in the powerplay and the fielders were all up. The ball was coming off really nicely and I played some cover drives and straight drives and luckily placed them in the gaps.

“There was quite a bit of swing around and the wicket was staying a bit lower but thankfully by the time we batted it played a lot better. The outfield was really quick and you had to place the ball into the gaps, which I thought suited my game pretty well and that was my approach in chasing the 85-run target.

The last time the right-hander played competitive cricket was during the ICC Women’s T20 Cricket World Cup earlier this year, where she earned a spot in the team of the tournament following impressive displays, including an unbeaten 41 in the semi-finals against hosts and eventual winners Australia.

“I think after the World Cup we had so much momentum as a South African team and to go straight into a such hard lockdown was really disappointing for all of us but I’m really glad that women’s cricket is back and that I can continue with that momentum from the World Cup.”

Next up for the Strikers was a clash against the Sydney Sixers on Monday and a chance for Wolvaardt to come up against South Africa captain Dané van Niekerk and all-rounder Marizanne Kapp.

With rain about, it was a stop start kind of day at the North Sydney Oval, with the contest eventually reduced to nine overs aside. Kapp was the chief destroyer for the Sixers, striking thrice to reduce the Strikers to 68-7. The Sixers reached 30-0 after 3.5 overs before rain returned.

The players eventually made their way back into the middle, with the Sixers set a revised target of 16 off 13 balls. Making her much awaited return from injury, Australian international Elyse Perry was the key player in the chase, finishing with an unbeaten 14 as the Strikers opened their WBBL account with a nine-wicket DLS method win.