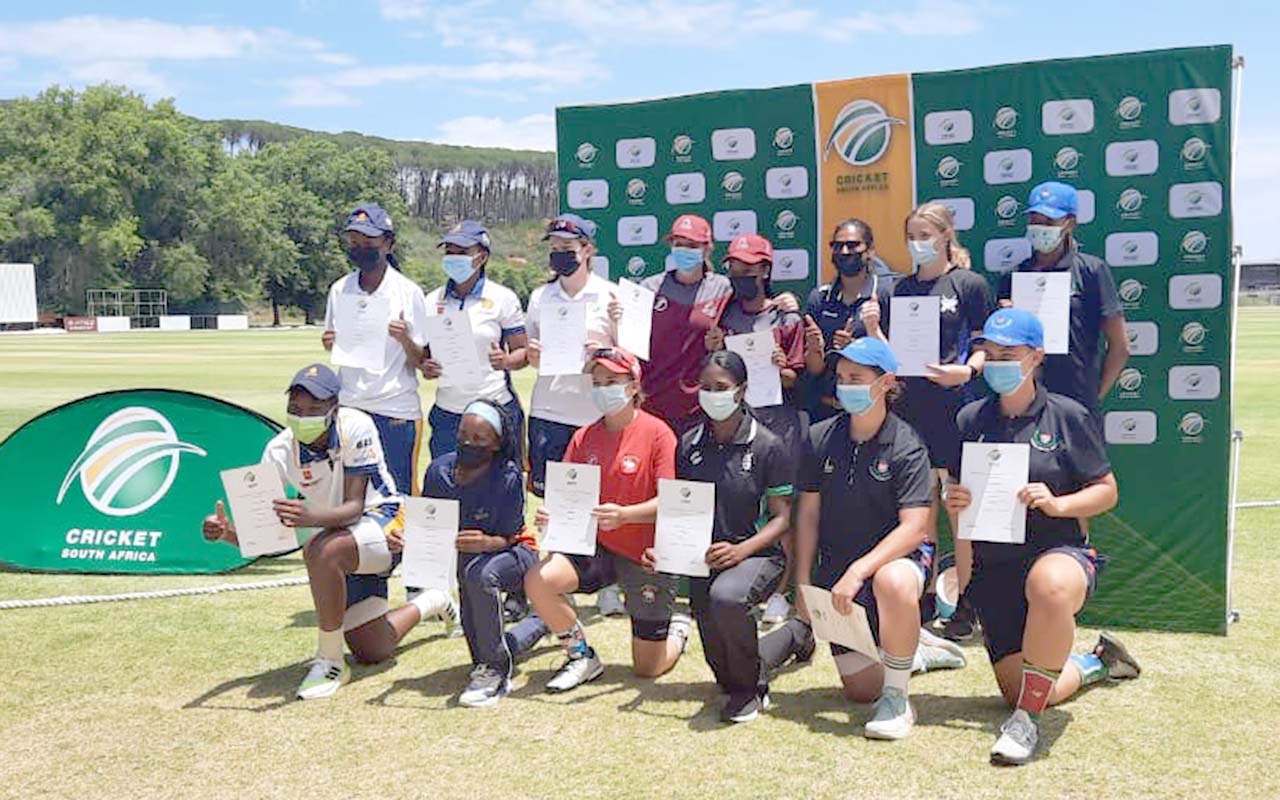 The top performing players at the Week were selected into the prestigious SA U19 Girls School team, with the SA Fillies Team being selected based on those having fallen short of top performance statistics. Unfortunately, due to Covid no official match could be held, as teams departed immediately after the team announcement was made.

It’s every school cricketer’s dream to attend the CSA U19 Girls tournament. It is not only a matter of provincial pride but a pathway to the next level of senior women’s cricket and an opportunity to one day play for your country. 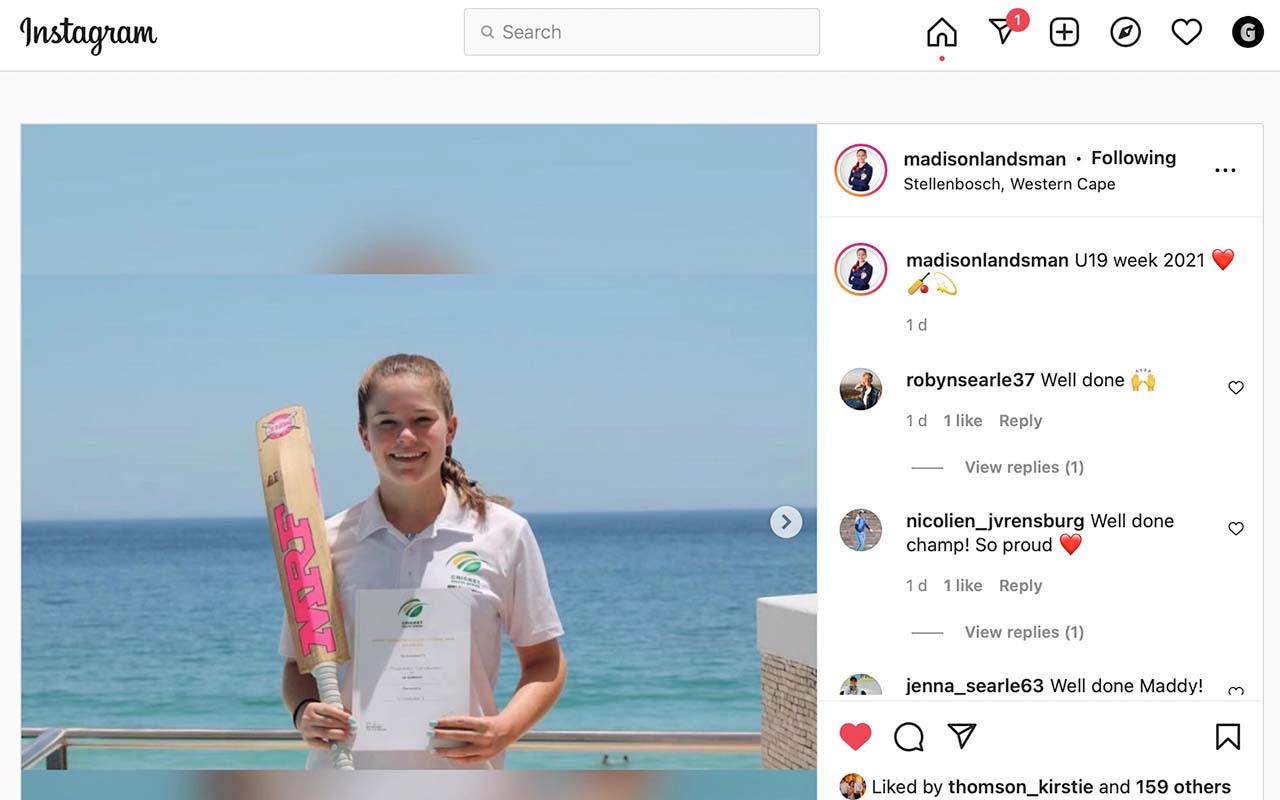 Having watched these young stars in action, SA U19 Girls Schools team head coach Dinesha Devnarain believes hard work lies ahead to close the gap with provincial cricket, especially as players vie for an opportunity to play in the first ever ICC Girls U19 World Cup in 2023.

“The Cricket South Africa Girls U19 week is massive as it is the pipeline in the structures leading up to the Momentum Proteas,” said Devnarain. “With the U19 World Cup coming up, there is a lot of work to be done leading up to the World Cup.

Congratulations to Lions Cricket stars Oluhle Siyo, Refilwe Moncho and Relebohile Mkhize who have all been included in the SA Schools team 2021.

Also a huge shout out to Kayla Abbott who was named in the SA Fillies team. 👏#ThePrideOfJozi #LionsCricket pic.twitter.com/9VFHsPM3fP

“There is always talent at U19 weeks but the transition to Provincial cricket has not been the greatest, and it is something that can be looked into going forward. This needs to be done to ensure that these girls are identified early, and that we invest in them from a Cricket South Africa point of view.

“We need to provide them with all the tools they require to become the next Momentum Proteas.” – SA U19 Girls Schools team head coach Dinesha Devnarain advocates for greater investment in Girls’ cricket

“If you think about it, U16 and U19 girls’ weeks is the heart of the pipeline. If we want to think and talk about the future, then we need to talk about U16 & U19 cricket. “The U19 girls’ squad is a massive stepping stone leading to the 2023 U19 Girls World Cup. It is unfortunate that we could not have one in 2021 due to Covid. There are no better weeks than the U16 & U19 national girls’ weeks, as we have the opportunity to identify players that we feel will be the best fit for the team.” 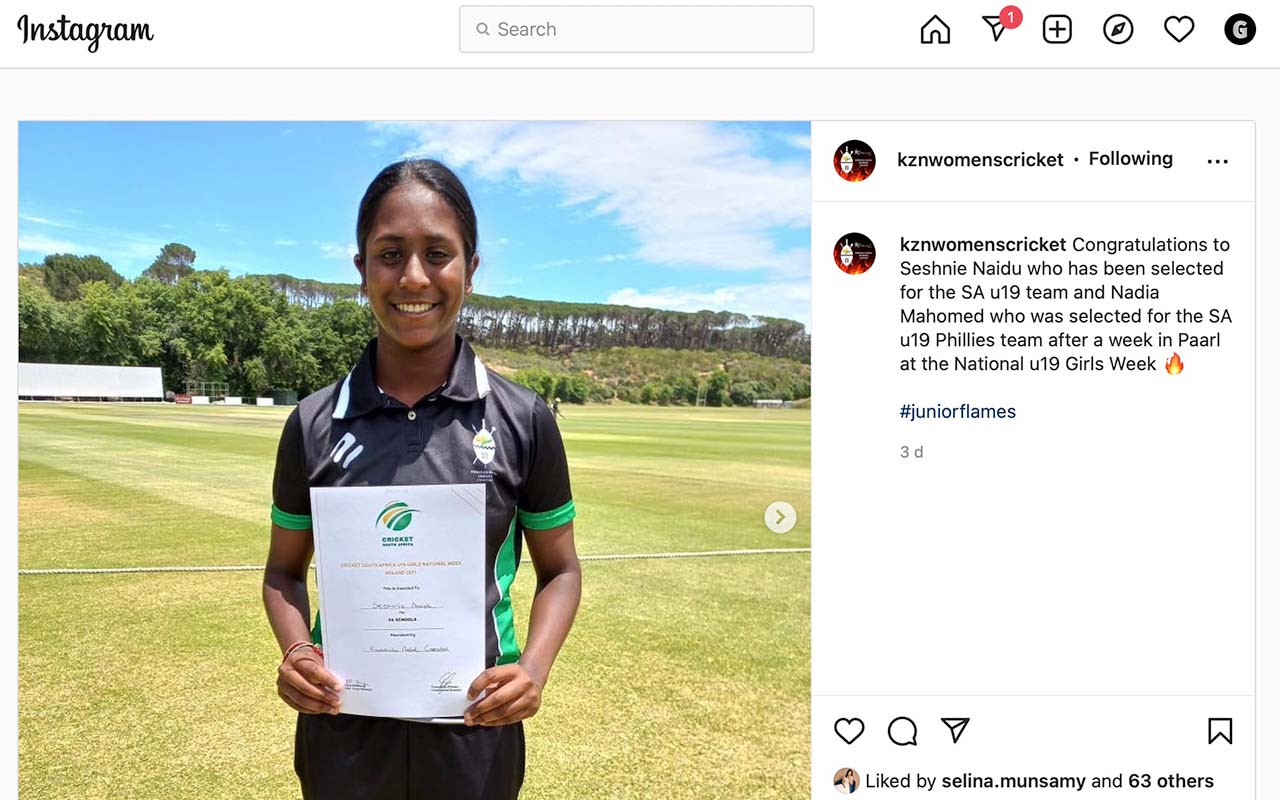 Under-19 Girls Cricket is on the rise globally, with plans by the International Cricket Council to host the inaugural edition of the Girls U19 T20 World Cup, scheduled for 2023, and Devnarain says a lot could change by then.

“Obviously, it will also depend on where we play the World Cup, the conditions and the attack we are looking to go with and the type of cricket the girls play. So, this is massive from where we want to go. Leading up to the world cup there might be a different side, we have to find a balance in the team and what we looking for in a team that will to bring about the success at the World Cup.

“In preparation for the World Cup, I am looking at putting together a 30-member squad. Lots of the players from the schools’ teams will feature in that squad. Camps will be held and we will eventually choose the World Cup squad. I am looking for presence on the field, the way players carry themselves both on and off the field.

“I am looking at girls that are hungry and really want to work, who are not afraid to hit the boundaries with strike rotation being very important. They are all talented but it is also about how they are going to bring that onto the cricket field and team culture. My plan is to produce elite cricketers at National and International level.”

Claire Terblanche Head Coach of Western Province Girls U19 squad expressed her enthusiasm of the talent at the tournament and the girls that were selected:

“Selection into the SA U19 Girls schools’ teams and Fillies teams, goes a long way in motivating the girls to keep working hard at their skill. At Western Province woman’s cricket, we have a 2-year plan in place with the girls working hard towards that goal.

“The selection at the U19 week was just the cherry on the top of the current work that they are doing.” Western Province Girls U19 Squad Head Coach, Claire Terblanche

“It was lovely to see the new batch of youngsters coming through from all over the country. This year’s National Week could just be the preview to what is yet to come from the provinces and the players themselves.”