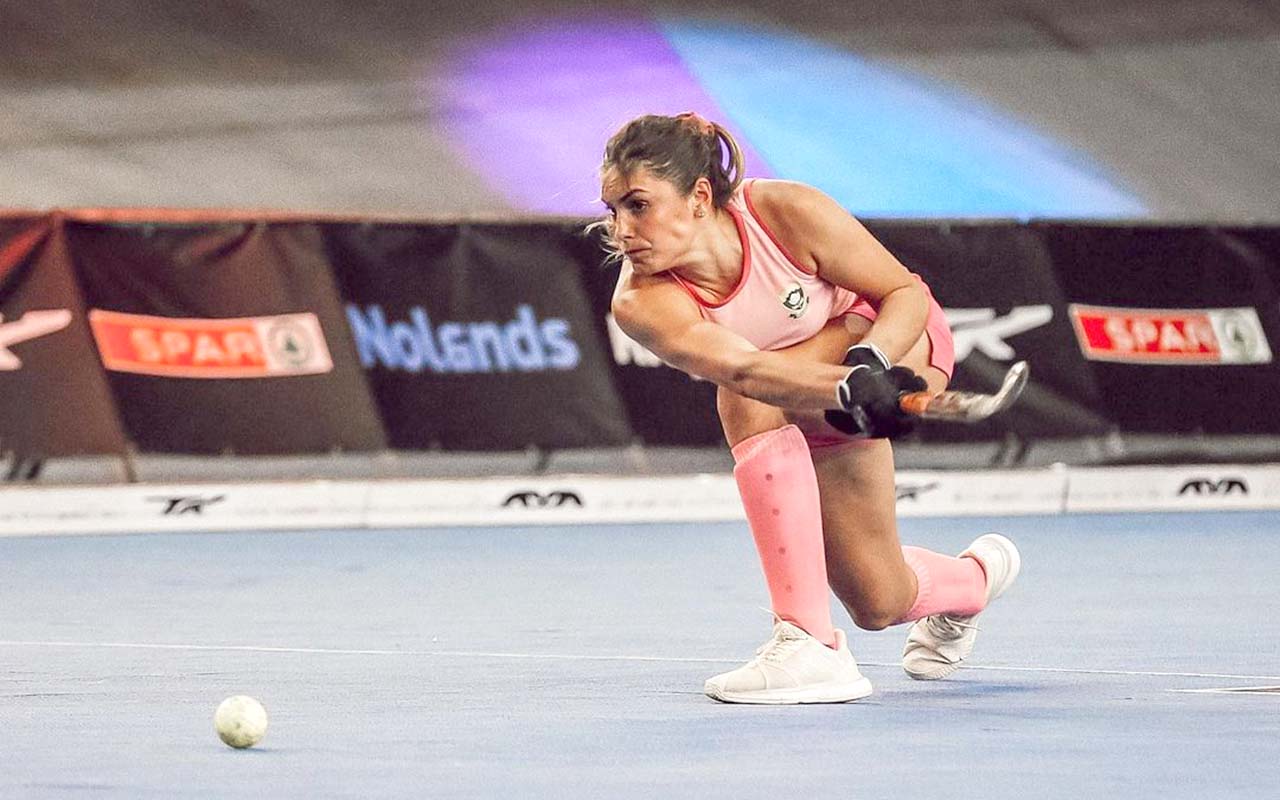 The SPAR South Africa women’s Indoor hockey side that will be heading to the 2022 FIH Indoor Hockey World Cup in Belgium has been named. The South African side received an invite to the tournament after the withdrawals due to COVID travel restrictions by both Australia and New Zealand.

For the SA Women it’s a new era after the retirement of legendary skipper Cindy Hack, along with the unavailability of Celia Seerane and Kelly Reed. It offers opportunity for a number of players, while Jessica O’Connor, who will become the most-capped player at the World Cup, is a natural successor as captain.

“We are SO excited to get to Belgium and take on the best in the world.” – SA Captain Jessica O’Connor said, anticipating the challenge

“The combination of experience and young new talent has created an exciting balanced dynamic,” said O’Connor.

The squad boasts a number of highly-experienced players, with Jamie Southgate having received her 50th cap at the Indoor Africa Cup of Nations, and Edith Molikoe, Jess Lardant, Eloise Walters and Robyn Johnson all have more than 30 test caps for their country.

South Africa will be competing for the fourth time at the FIH Indoor World Cup and would love nothing more than to improve on their 9th place finish at the 2015 World Cup.

Here is the SPAR South Africa Womens Indoor hockey Side that will compete in the Indoor World Cup for the fourth time. https://t.co/AVLNqA8IJ6#HockeyInvites #IndoorHockey pic.twitter.com/MqExPI8x6u

Under coach Lennie Botha the team have played a remarkable 108 test matches, winning 78 of them.

Of course, the South Africans have a remarkable run of form since the 2018 Indoor Hockey World Cup. They have played 53 test matches, winning 41 drawing 6 and losing just 6. Including victories against Switzerland, Czech Republic, Poland, Ireland, Namibia and Zimbabwe.

South Africa will be in Pool B alongside Austria, Belarus, Belgium, Namibia and Netherlands, with the top 4 teams advancing to the Quarter Final Stage.

“As always, we want to thank Spar for constantly backing us. We hope to make South Africa proud,” said O’Conner.

Copy by Hockey SA with editing by gsport