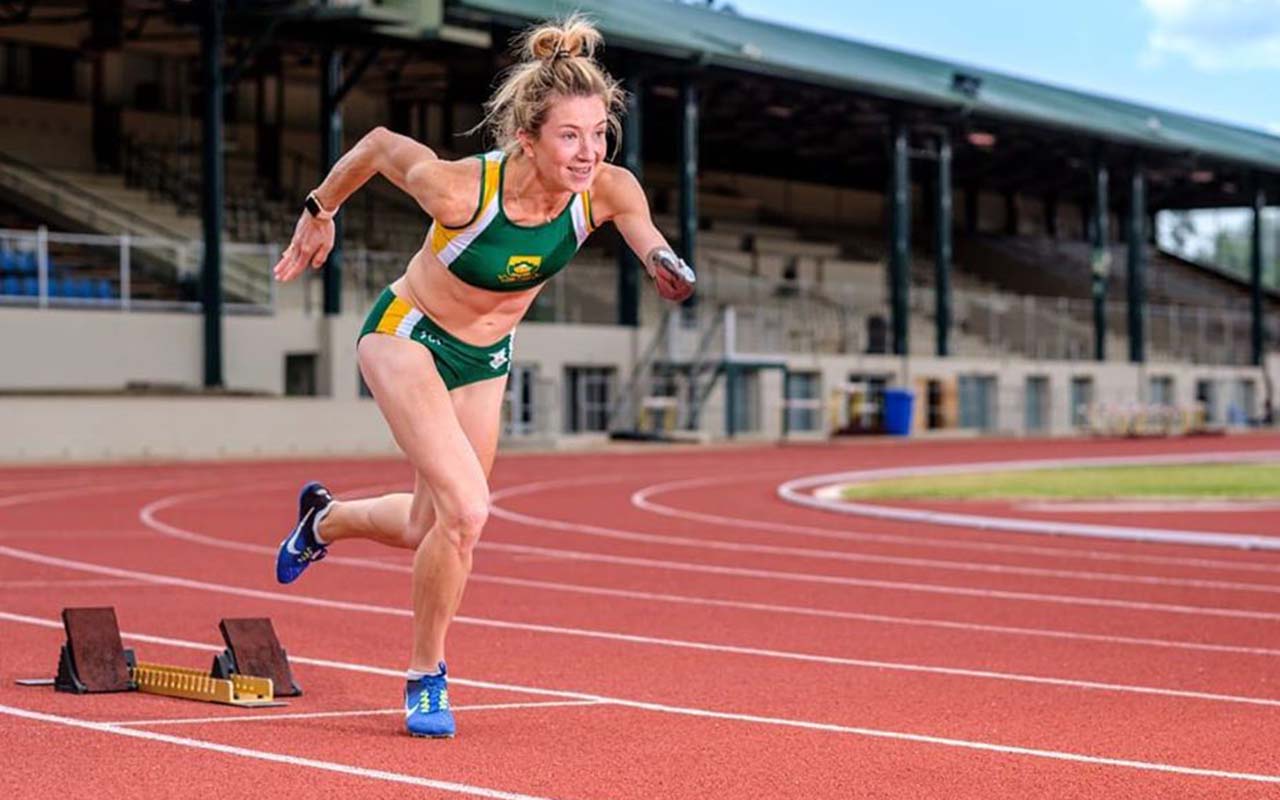 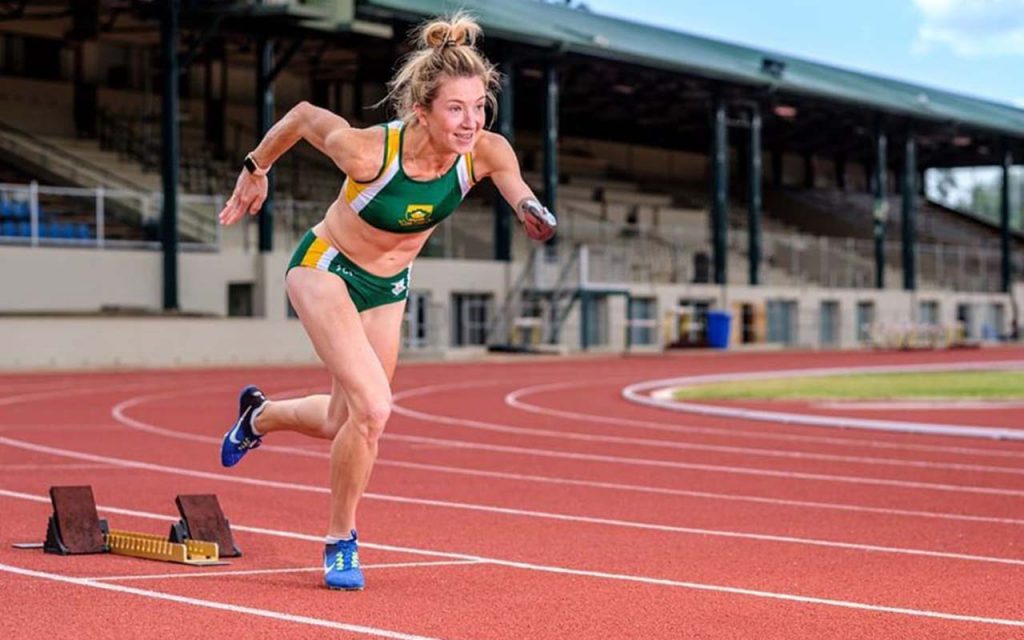 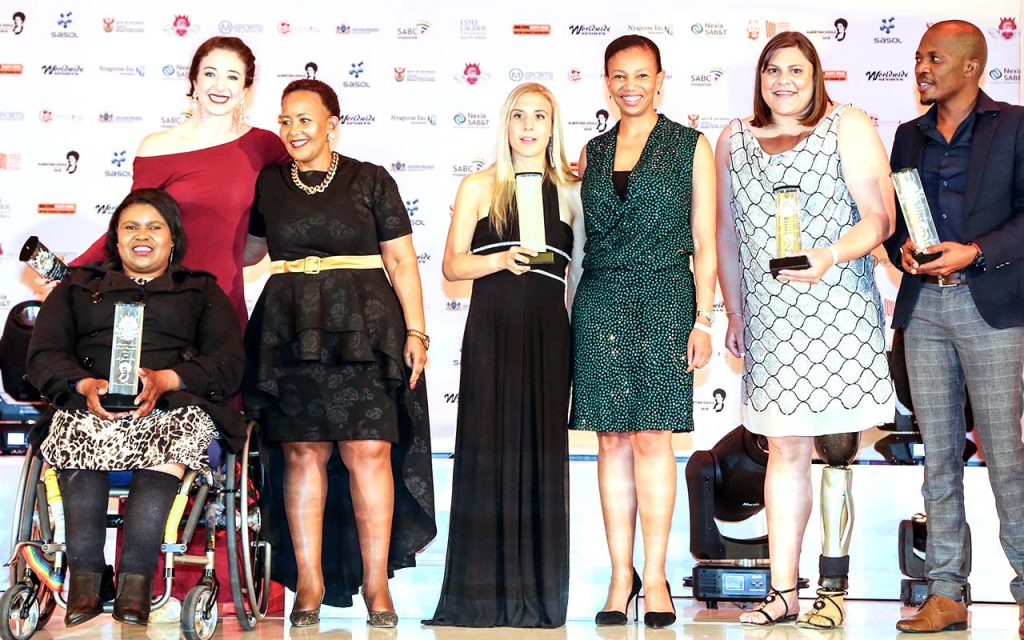 Among the foremost of South African Para Athletes, 400m T47 star Anruné Weyers has decided to hang up her spikes as a professional athlete, bringing an end to a prolific international career which includes Paralympic gold, and world champion- and world record-holder acclaim amongst her highest achievements. 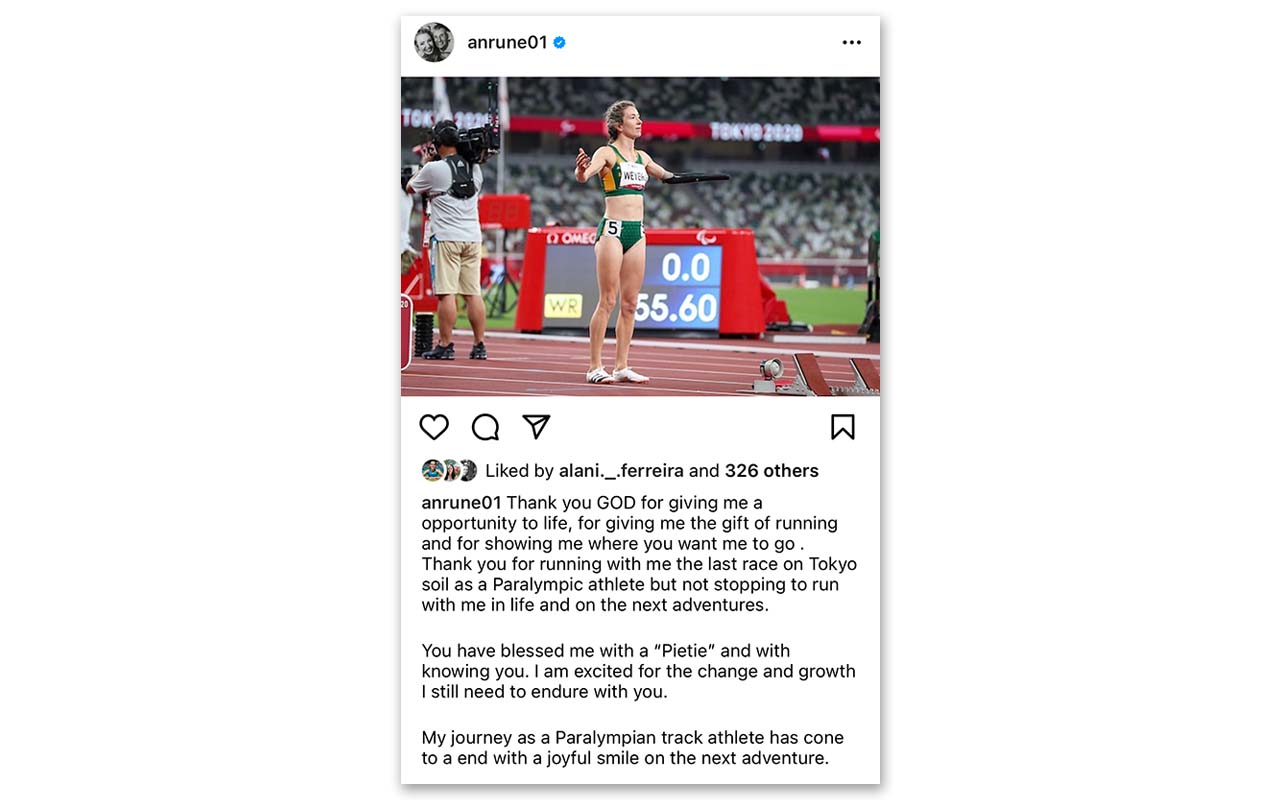 After giving thanks for the gift of running and what it has done in her life, Weyers announced in the Instagram post: “My journey as a Paralytic track athlete has come to an end with a joyful smile on the next adventure.”

Weyers, who was an Albertina Sisulu Special Recognition Award winner at the gsport Awards in 2018, and one of 10 of the original GAL recipients in 2019, spoke in an exclusive interview with gsport in 2020 of an intention to continue competition in the short term:

“The reason for my retirement is because we want to start a family,” said Weyers in this gsport interview, “But I believe that my fire is still burning for athletics, and while I still have this gift, platform and health, I will go and fulfil that dream.”

Weyers Ready to Fulfill Her Dreams at the Tokyo Games

The internationally-acclaimed 27-year old track talent and para-athletics advocate had hinted to gsport prior to the 2020 Paralympic Games that she was considering retirement, but her superb performance in Tokyo must have had many hoping for more from the likeable champion.

When not traveling the world breaking records, the bubbly Weyers (nee’ Liebenberg prior to her marriage to Stefan Weyers) is a teacher, and when not at her regular job, one particular passion of hers is to advocate for a greater visibility of athletes with disability.

“There’s definitely lack of support for para-athletes in South Africa and in the world,” Weyers told gsport. “A lot of people think it’s easy to be a para-athlete, you just train for 2 weeks and just go, but it’s not that easy, we are professional athletes, we train and prepare the same way.

“What I’d love to see is for us to be valued for what we bring on- and off- the track. We want to help brands achieve their dream, while they help us achieve our dreams. It’s team work.”

Photo Caption: Among the foremost of South African Para Athletes, 400m T47 star Anruné Weyers has decided to hang up her spikes as a professional athlete, bringing an end to a prolific international career which includes Paralympic gold, and world champion- and world record-holder acclaim amongst her highest achievements. Photo: Anruné Weyers