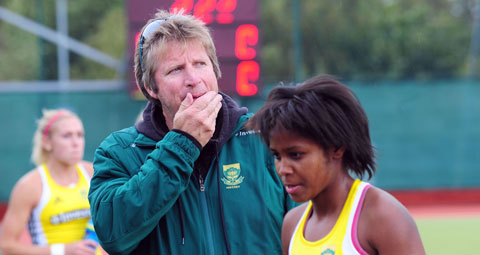 The Investec South Africa women’s hockey team drew 0-0 with Scotland in an action-packed Champions Challenge encounter in Dublin Tuesday and will meet tournament favourites Australia in Thursday’s 4.30 pm quarter-final, to be televised live on SuperSport.

The young South Africans dominated, particularly in the second half, and had more goalscoring opportunities than their opponents in a match played in driving rain for much of the 70 minutes.

While the penalty corner count was shared, SA carved out a clear majority of chances from field play and goalkeeper Amy Gibson played a big role in keeping the scoresheet clean. At the other end, Gibson’s counterpart, Sanani Mangisa, was also on hand to intervene with some fine saves but the abiding impression was that SA should have taken the three points, as was the case against Ireland and to some extent the USA.

Early in the match Sulette Damons took a self-pass at a long corner and found Shelley Russell, whose shot was saved by Gibson. Play swung from end to end before Quanita Bobbs got in a shot that was gloved away by Gibson.

A Scotland cross from the left saw Mangisa make a double save as the match drew to midway through the half and at the other end the opportunities continued with Damons pace carving open a great opportunity.

In the 20th Scotland won their second PC and Mangisa made a fine glove save from Nikki Kidd’s drag-flick. SA countered to earn their first PC and Tarryn Bright’s well-struck beat was blocked by a logging Gibson.

With nine left to the break Bernie Coston’s determined run down the right won SA’s second PC, but the result was a repeat of PC number one. Lesle-Ann George then released Coston but her backhand shot flew over the bar.

Scotland created some anxious moments in the SA defensive zone as the clock ticked down to the break, the score remaining 0-0, South African skipper Lenise Marais and centre back Lisa Deetlefs rock-solid at vital moments in the defensive third.

After the players returned to the fray, skilful SA teenager Lilian du Plessis twice made dangerous inroads down the left and Illse Davids’ long pass enabled Damons to take on the defence with success but the striker ran out of real estate. Then the hard-running Coston found space to feed Izelle Lategan who slap-shot was blocked by Gibson.

Damons and Coston’s speed was causing the Scots endless headaches as two more chances came and went, while at the other end Mangisa made a crucial intervention coming off her line.

With eight left Coston’s hard work resulted in Du Plessis coming agonisingly close and SA had a few more unlucky moments while the Scots’ third PC seconds from the end was scrambled away to leave a thrilling encounter goalless. 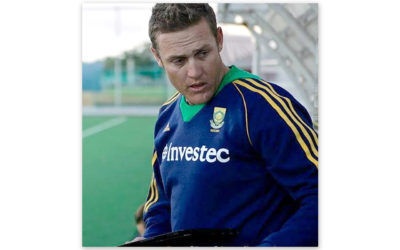