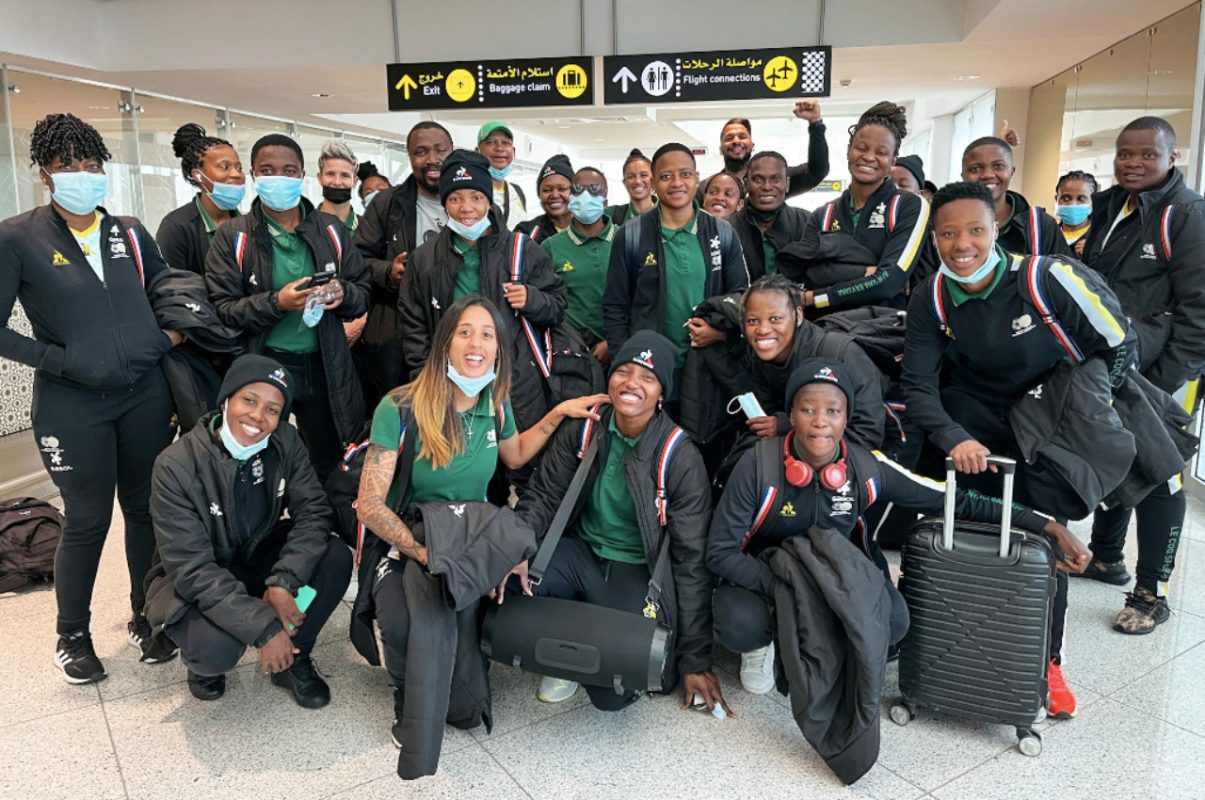 Banyana Banyana have landed safely in Casablanca, Morocco, ahead of the 14th edition of the 2022 Africa Women Cup of Nations (AWCON) set to start on Saturday, 2 July.

Banyana Banyana have landed safely in Casablanca, Morocco where they will continue with preparations for the #TotalEnergiesWAFCON2022 set for 2-23 July 2022.

As the South African women’s team embark on yet another quest to win the continental showpiece, somewhere in their minds will be the R10 million that the South African Football Association has put on the table should they be victorious.

SAFA President Dr Danny Jordaan made the announcement ahead of the team’s departure on Tuesday and said the players will share R9,2 million should they emerge victorious in the continental showpiece. The remaining R800 000 will be used for other costs related to the team’s travel and stay in Morocco in the coming weeks.

“We want you to continue to break barriers and transform South African football,” said Jordaan.

After finishing as runners-up in the 2018 event to arch-rivals  Nigeria, Desiree Ellis’ charges will be aiming to go one further in North Africa and secure their maiden title.

It’s no secret, like with many sporting codes, the women’s side faces struggles in the national set-up that may distract them and inadvertently hinder their focus on the pitch. However, this R800 000 set aside for the team’s travelling costs can alleviate some of the load carried by these ladies and allow them to concentrate on matters of the game.

“You have always said that when we go to the tournament you want us to focus on just playing,” Refiloe Jane said to the SAFA president.

“We should sort out all issues that we have before the tournament.

“Bonuses were one of the issues we had and for you to come and honour us [with a send-off at the team hotel in Parktown, Johannesburg] and give this promise is a motivation to the team. I know that besides the motivation of wanting to receive the money, we also want to go out there and represent our nation because  we are not only representing ourselves but our families, friends and other players in other leagues.”

“Let me emphasize that in our meeting with the players they said they were just looking at the first prize [winning the tournament],” the SAFA CEO said.

Banyana Banyana open their account against the Super Falcons of Nigeria on 4 July, following that is another stern test against Burundi and Botswana to complete their assignments in Group C.

Photo 1 Caption: Banyana Banyana have landed safely in Casablanca, Morocco, ahead of the 14th edition of the 2022 Africa Women Cup of Nations (AWCON) set to start on Saturday, 2 July. Photo: Banyana Banyana (Twitter)