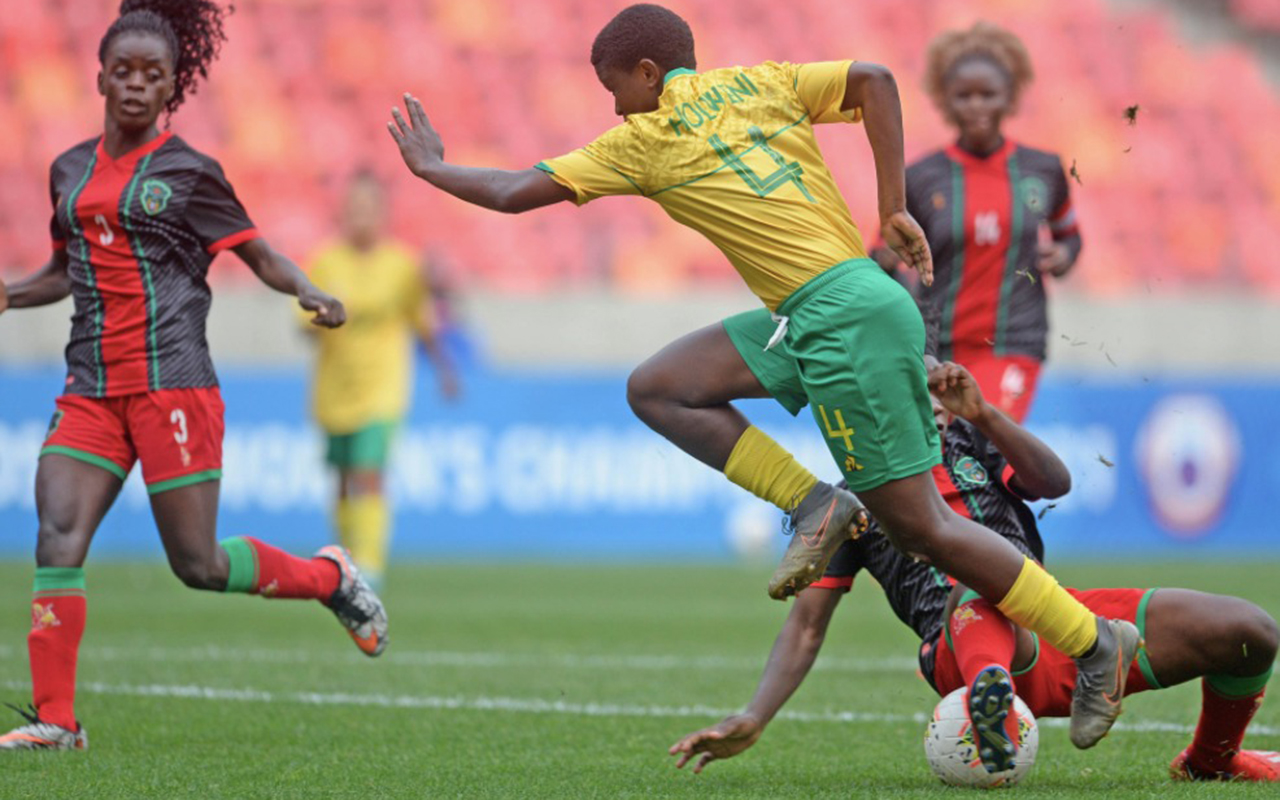 Banyana Banyana will set sight on claiming bronze at the 2021 COSAFA Women’s Championship after falling to a 3-2 defeat to Malawi on Thursday, 7 October 2021.

Sabinah Thom scored a brace of goals as Malawi made history over the hosts and reigning champions to secure a first ever place in the final of the tournament, where they will face Tanzania on Saturday.

It is the first time that seven-time winners South Africa have failed to make the decider of the Southern African championship, and sweet revenge for Malawi after they were beaten in last year’s semi-finals by the Desiree Ellis-led side.

South Africa and Zambia will battle in the third/fourth place playoff as a curtain-raiser to the decider.

Tanzania edged Zambia 3-2 on penalties in a pulsating first semi-final that finished 1-1 after 90 minutes.

The East African guest had the better of the first half, and were rewarded with the opening goal as Zambia defender Lushomo Mweemba put the ball into her own net.  But the Copper Queens came more into the game in the second half and were level with just over 20 minutes to go when captain Grace Chanda netted her third goal of the competition.

That took the match to penalties, but it was Tanzania who held their nerve as goalkeeper Janeth Simba produced a number of excellent saves in the shoot-out. The third-place play-off between Zambia and South Africa will take place at 12h00 on Saturday, with the final between Tanzania and Malawi set for 15h00.

Both matches will be streamed live on www.cosafa.tv and also available on SuperSport, as well as SABC Sport Channel 124 on Openview.
You can also follow the action at www.cosafa.com, and our official Twitter and Facebook pages.

Semifinals Results at the COSAFA Women’s Championship in

Photo 1 Caption: Banyana Banyana will set sight on claiming bronze at the 2021 COSAFA Women’s Championship after falling to a 3-2 defeat to Malawi on Thursday, 7 October 2021. Photo: Supplied