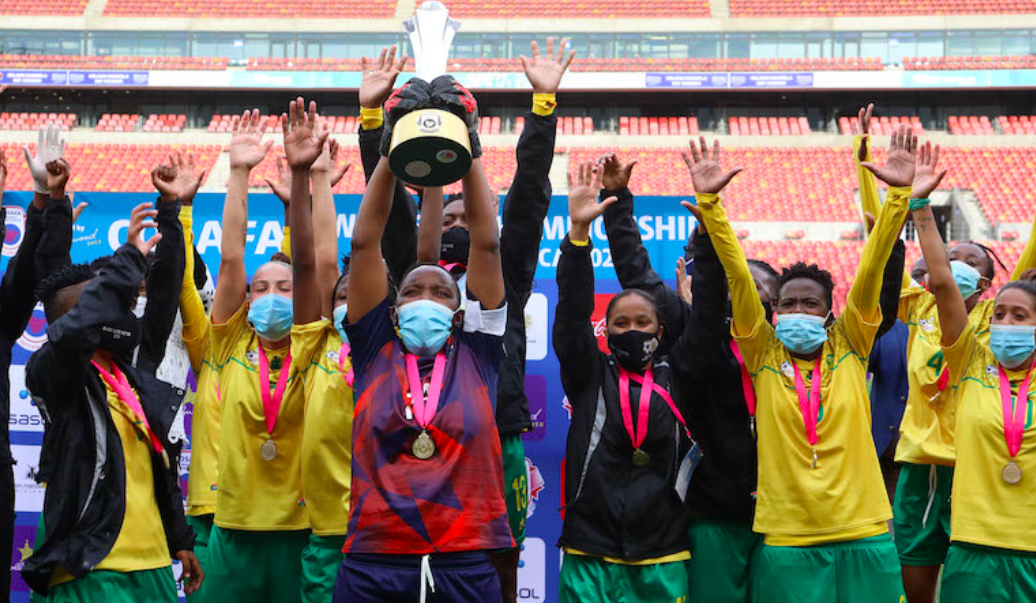 The win cements South Africa’s dominance of the competition, which has seen them win seven of the eight tournaments played, and is also a fourth successive success for coach Desiree Ellis, comfortably the most decorated tactician in the regional showpiece event’s history.

Gabriela Salgado proved the hero of the final with a goal and an assist, first laying on a second minute opener for tournament leading scorer Sibulele Holweni.

That early goal stunned Botswana and they never really got into top gear in the game, but can still be immensely proud of reaching their first ever COSAFA Women’s Championship final and collecting a silver medal.

The pacey Salgado added a second midway through the second half, spinning and firing home as the ball fell loose to her in the box.

Botswana were handed a lifeline with five minutes to play when Thanda Mokgabo got in behind the home defence and beat home goalkeeper Andile Dlamini.

But it was South Africa who came closest to another goal as a header from a corner struck the post.

South Africa managed 22 goals in the competition and conceded just three, showing their quality at both ends of the pitch, and few would argue they deserved their triumph.

It is an outstanding achievement, especially given they are without their overseas contingent, many of who would be first team regulars in a full squad.

South African speedster Hildah Magaia was named Player of the Tournament for a number of industrious displays in which she was both a goal-scorer and provider of assists, and central to her team’s success.