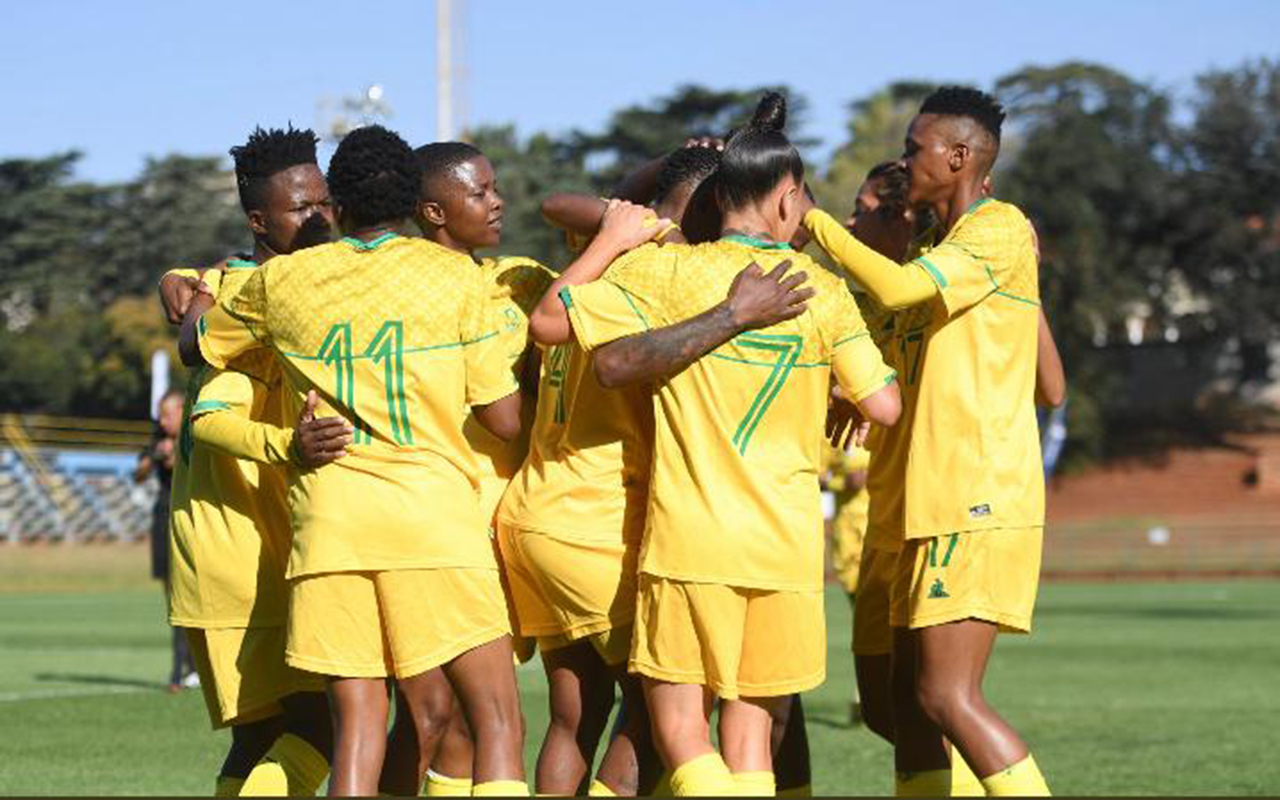 Sasol-sponsored Banyana Banyana came back from one goal down to defeat Zambia 3-1 in an exciting international friendly match, played at the Bidvest Stadium in Johannesburg on Saturday, 10 April 2021.

All South Africa’s goals came from the Spain-based duo of Noko Matlou (2) and Thembi Kgatlana (1).

Sasol Banyana Banyana come from behind to defeat Zambia https://t.co/tXIUPEZYDO

This was the first outing of the year for Banyana Banyana – they last played in November last year in the COSAFA Women’s Championship, which they won.

It was also the first appearance in just over a year of Matlou and Kgatlana in South African colours – they last donned the national team jersey in the clash against Japan in 2019.

In an evenly-contested match, the Tokyo Olympics-bound Zambia took the lead in the 17th minute when star striker and captain Barbra Banda hit a long-range thunderous shot that beat Banyana Banyana captain Andile Dlamini, hands down.

Banyana Banyana Rise to the Challenge

But the hosts were not to be outdone – and it took defender Matlou to restore parity at 22 minutes with a header, reminding all of her prolific days as a striker that saw her become the first South African to be crowned the CAF African Women’s Player of the Year in 2008.

She was not yet done.

Matlou combined with Kgatlana in the 39th minute to grab her brace and Banyana Banyana’s second to make it 2-1.

Three minutes later (42nd) Kgatlana increased the lead when she beat the Zambia goalkeeper (Ngambo Musole), and then rounded off a defender to slot the ball into an empty net.

The SD Eibar striker could have also scored her second of the day but was denied by the crossbar in the 63rd minute.

And that is how it remained – Banyana Banyana winning 3-1.

The South African national women’s soccer team next face Botswana in another international friendly match scheduled for Tuesday, 10 April 2021 at the same venue. Kickoff is at 15h00.

Photo 1 Caption: Two-goal wonder, Banyana Banyana defender Noko Matlou is swamped by her team-mates after she scores against Zambia in the first half at the Bidvest Stadium. Zambia striker and skipper Barbra Banda opened scoring in the international friendly, but Spain-based duo Matlou and Thembi Kgatlana combined to ensure the hosts South Africa won 3-1 in Johannesburg on Saturday, 10 April, 2021. Photo: Supplied