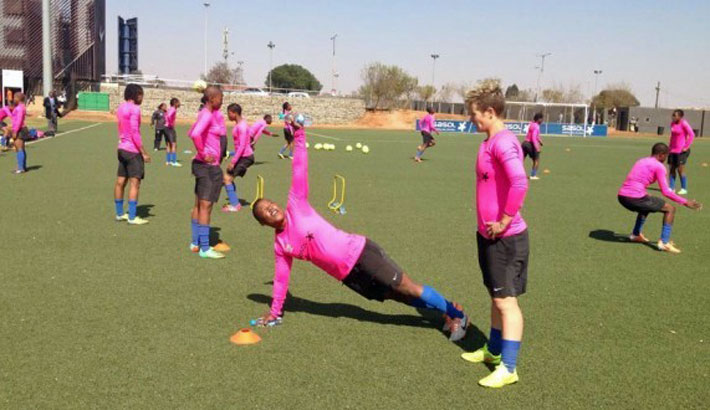 After their participating in the Cyprus Women’s Cup as part of the pre-season training, the South African Women’s National Team, Banyana Banyana are en route to Gaborone, Botswana, ahead of their All Africa Games qualifier match against the female Zebras of Botswana.

The team resumed training at the Nike Training Centre in Pimville today in preparation for the match scheduled for Saturday, 21 March at Molepolele Stadium.

The Sasol-sponsored Women’s National Team finished 10th at the Cyprus Cup having played four matches. From the four matches, Banyana Banyana registered one win (1-0) against Belgium and suffered three losses against Finland (1-2), Mexico (0-2) and Czech Republic (0-1).

Coach Vera Pauw announced the 18 players for the qualifier match, with five changes made to the 23 squad that recently returned from Europe.

Defender Zama Cele, who plays for Durban Ladies in the KZN Sasol league stream, and USA-based Kaylin Swart make their return to the National Team.

“The qualifier match against Botswana is not going to be an easy game because they are looking to also qualify for the All Africa Games. Though we have played them in friendly matches before, a qualifier match is different and they will be playing at home. All we have to do is play according to instructions and put pressure on them from the start,” said midfielder Amanda Dlamini.

“The Cyprus Cup was good preparation for us because the play was on a different level. The teams we played against are playing at the highest level and we learnt most valuable lessons, and one of those lessons is that we have to be focused 90 minutes and plus on the field,” added coach Vera Pauw.

Photo 1 Caption: SASOL Banyana Banyana are hard at work applying lessons learned at the 2015 Cyprus Women’s Cup, ahead of their All African Games qualifier against Botswana’s Zebras, in Gaborone on 21 March. Photo: DISKIOFF