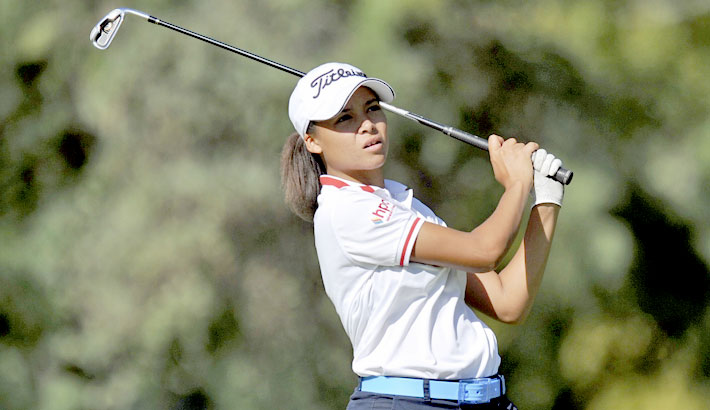 Cara Gorlei from Western Province, Shawnelle de Lange from Gauteng and Demi Flanagan from Border will fly the flag for South Africa at the fifth Regional All-Africa Challenge Trophy (RAACT) at the Omeya Golf Estate in Windhoek from 27-30 April

The South African trio will warm-up for the biennial team championship in the 36-hole Namibian Open at the same venue on 25 and 26 April.

Following the curtain-raiser, the team will chase down South Africa’s fifth victory against teams from Swaziland, Namibia, Zimbabwe, Lesotho and Botswana.

The format is 54-hole stroke play, with two scores to count towards the team score.

Four South African teams have lifted the prestigious title since the inaugural event in Botswana in 2007 and Womens Golf South Africa president Karen Olivant believes the 2015 team has the resourcefulness to extend South Africa’s proud record in the event.

“Cara was a member of the victorious team that claimed our 11th title in the All-Africa Challenge Trophy in Kenya last year,” Olivant said.

“She competed in the Duke of York Young Champions in Scotland and acquitted herself well as a member of the South Africa team that contested the Espirito Santo Trophy at the 2014 World Amateur Team Championship in Japan.

“Her international experience makes Cara a natural choice as the anchor of the team and I believe she will serve the team very well.”

De Lange debuted for South Africa in the Africa Youth Games in Botswana in May last year and finished the season with a superb victory in the 15-17 Age Division at the Albatross International Junior Golf Championship in India.

“As the only South African amateur left in the field, Shawnelle also showed great strength of character in her debut at the Cell C SA Women’s Open in October,” said Olivant.

“She was well off the pace in the final round, but rallied incredibly well to share the leading amateur honours with the top French amateur Mathilda Cappeliez. She has gained a lot of confidence from her performances in the last couple of months.

“Demi recently claimed a runner-up finish in the Stroke Play Division at the Border Championship and went on to successfully defend her title in the Match Play completion. She recently competed in the Ladies Tshwane Open and impressed by not only making the cut, but tying for 27th in her Sunshine Ladies Tour debut.

“We believe Shawnelle and Demi will benefit immensely from competing at international level and we are excited to give all three players this opportunity to learn and grow.”

South Africa won the first event at Phakalane Golf Estate in Botswana and remains undefeated after visiting the Nkonyeni Course in Swaziland in 2009, Royal Harare in Zimbabwe in 2011 and celebrating a home victory at Centurion Country Club in 2013.