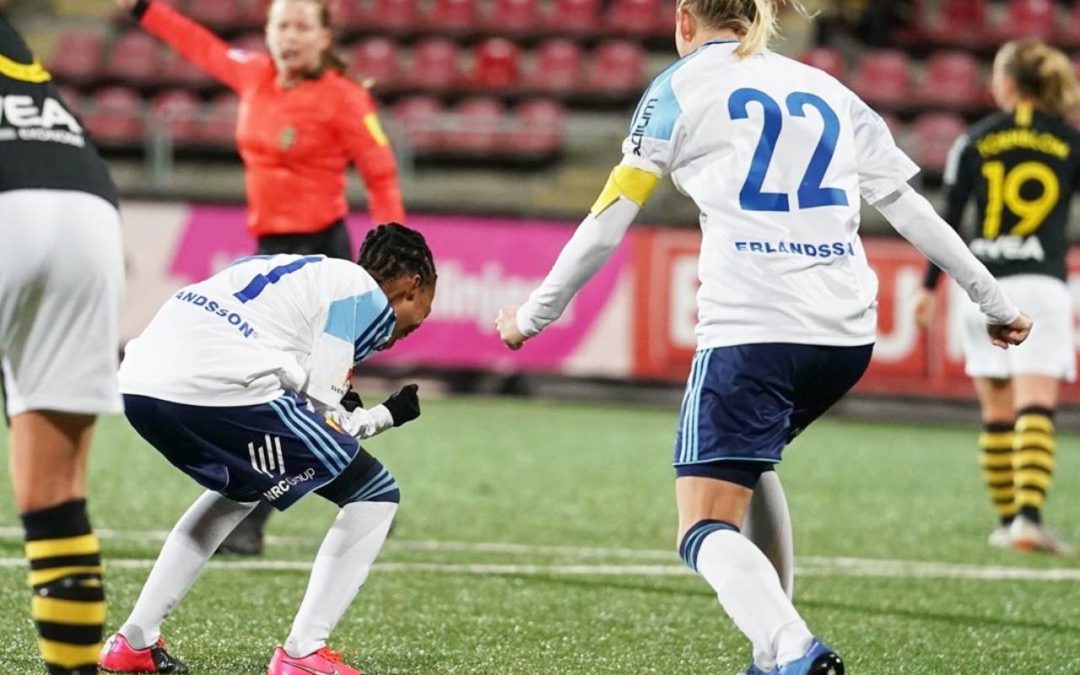 The 21-year-old made an instant impact as she helped her side to a 4-2 victory against AIK in the Svenska Cupen (Swedish Cup) match.

Motlhalo came off the bench as she replaced teammate, Maria Hovmark in the 13th minute after suffering a knee injury.

The South African went on to level matters for Djurgådens at 2-all before sealing the deal with a 70th minute strike to earn a comeback victory.

That winning feeling! And a brace ? All the glory belongs to Jesus ?? Still LM10❤️

Motlhalo signed a two-year contract with the Swedish club in January 2020 as she made another stride in her young football career after having played in the United States and China.