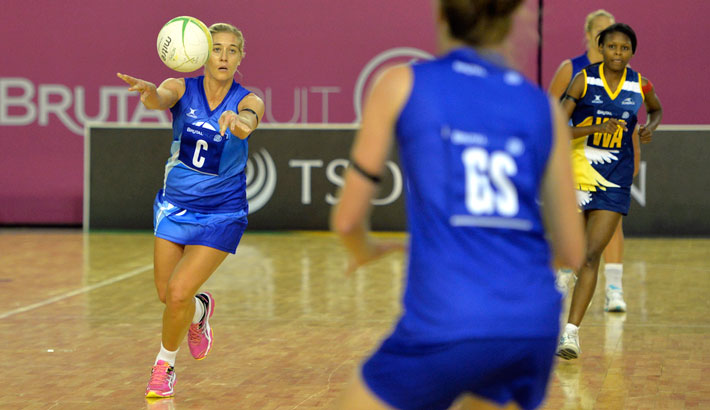 Former provincial netball player Sunelle Barnard will make her Springbok Women’s Sevens debut in the Atlanta Sevens 14-15 March, while Zaandre Theron returns to the squad for the first time since the 2012/2013 season.

The inclusion of Barnard and Theron in the 12-member squad are among three changes to the group that travelled to Brazil last month.

The other change was the addition of Sinazo Nobele, who last featured in the Dubai World Series in December. They replace Lorinda Brown, who earns a break as part of a rotational switch, and the injured Shona-Leah Weston (ankle) and Veroeshka Grain (knee).

Barnard, who placed her teaching career on hold to join the squad, has been training with the Bok Women’s Sevens since January.

Theron, meanwhile, started training with the squad two weeks ago on a trial basis, but she immediately impressed Springbok Women’s Sevens coach Renfred Dazel. Her array of talents aside, she participated in the 2012/2013 Houston and Amsterdam World Series tournaments.

South Africa will face World Series log-leaders New Zealand, hosts USA and Russia in the pool stages of the tournament.

“I am happy for Sunelle and Zaandre,” said Dazel. “Sunelle comes from a netball background, but she has made a concerted effort since January to make her mark in Sevens.

“She is a physical player and she will add grunt among the forwards. Her patience in terms of working her way into the squad also impressed me, and hopefully she can transfer that onto the field.

“Zaandre on the other hand has played Sevens rugby before at this level, so she knows exactly what to expect on tour,” said Dazel.

“Her fitness aside, she is also a seasoned sports woman having represented SA in netball and softball at Under-19 and Under-21 level, as well as being selected for the touch rugby national side, which will be invaluable from a mental perspective on tour.

“Among her main strengths are her ability to spot holes in the defence and exploit space,” said coach Dazel. “I am excited to see what both players could offer on tour.”

The Springbok Women’s Sevens will depart for Atlanta on Monday, 9 March.

Photo 1 caption: Netball provincial Sunelle Barnard has completed her move to the Sevens Rugby sport code after being named in coach Renfred Dazel’s Springbok Women’s Sevens squad for the Atlanta World Series in March. Barnard is pictured in action for the Southern Stings vs the Sunbirds at the Tuks Rembrandt Hall in Pretoria, on day two of the Brutal Fruit Netball Cup, 11 May 2014. Photo: Catherine Kotze/SASPA